East Colfax Avenue will soon have a bus rapid transit route and new development, and the people behind the effort say they're working to make sure existing residents aren't left behind. 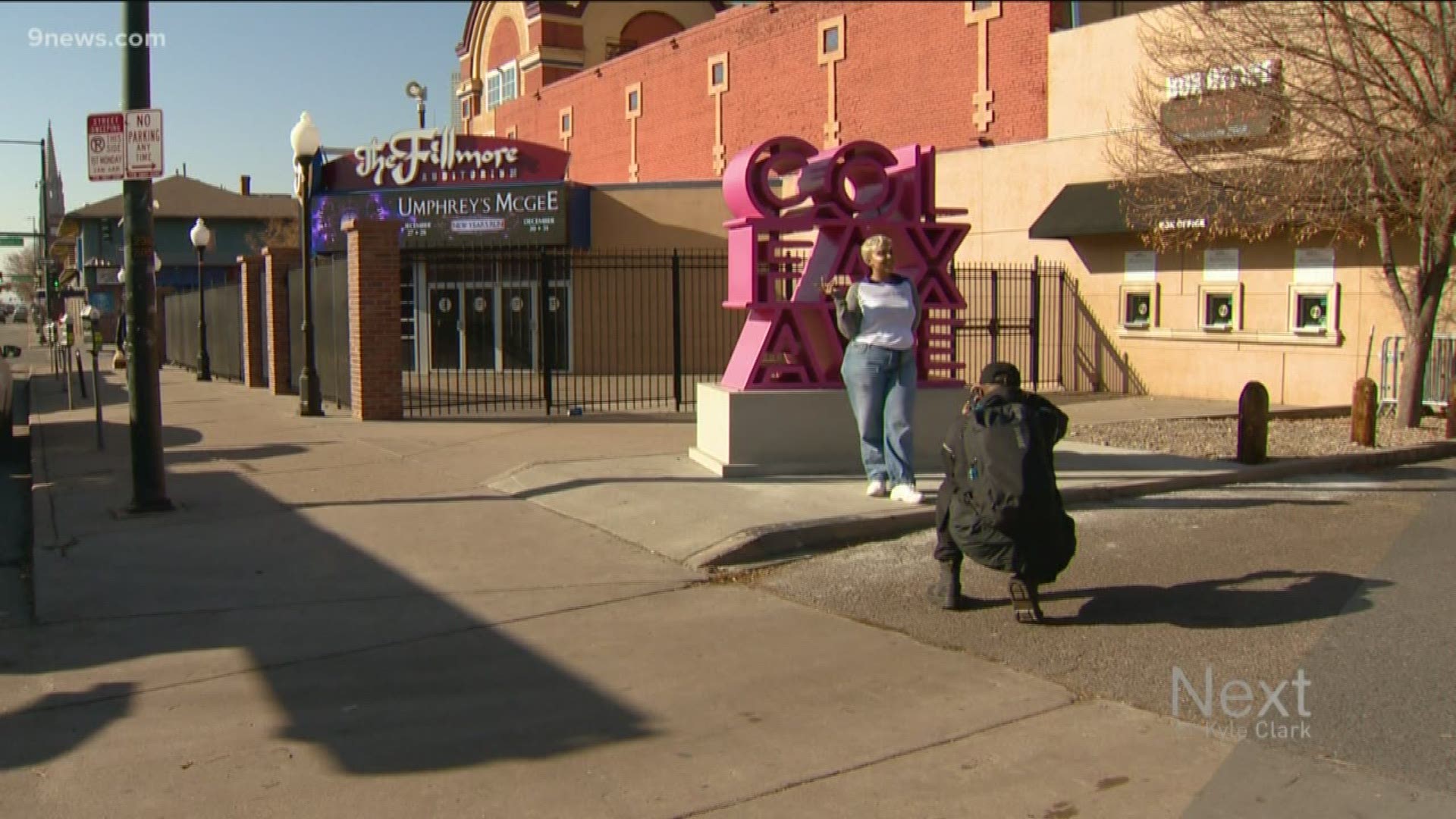 East Colfax Avenue is the type of place where some residents want to save an iconic neon sign that once belonged to a strip club that was shut down for being a public nuisance.

But, it’s also the type of place where there’s a perspective you might not immediately hear about when it comes to the admittedly clicky headline about the effort to save a part of what was once PT’s Showclub.

Jesus Gonzalez’s sister wrote her in college essay about it. He grew up in the neighborhood, and just recently moved back.

“It was just one of those things, we went to school on the other side of town, and her college essay, she wrote about how coming back home, that sign was always a stark reminder of kind of the neighborhood and the things going on,” Gonzalez said. “... We just knew people growing up who had encountered a lot of struggle there. There were young women that we knew about who were underage there; it was always a difficult thing for her, and for us, the whole family, driving by it every day.”

In a way, this story describes what’s happening on East Colfax between Colorado Boulevard in Denver and Interstate 225 in Aurora. The area has one of the largest immigrant communities in the metro area, as well as a comparatively higher poverty rate than other neighborhoods.

It’s also one of the next hot beds for development, but what this looks like will be different than something like Brighton Boulevard, according to Hilarie Portell, the executive director of the Colfax Mayfair Business Improvement District.

Credit: Allison Sylte, KUSA
The outside of the La Vista Motel on East Colfax Avenue.

Portell compared what the Colorado Mayfair Business Improvement District wants to do on Colfax more to what numerous other smaller metro area cities have done: Create a safe, walkable “Main Street.”

This story is part of 9NEWS' weekly 9Neighborhoods series. Follow us on Instagram for a photo tour of the East Colfax neighborhood.

She said this also looks different from other development in Denver, which has focused on things like 300-unit, multi-story luxury apartments.

“Denver is kind of … has been in this go-go ‘bigger-is-better mindset’ for a number of years now, and I’m challenging with the consultant team, do the radical notion and think of building smaller, because it makes sense in this context,” Portell said.

That development includes attracting more businesses -- many of them local -- as well as a Bus Rapid Transit program that is slated to run right in the middle of Colfax from the Anschutz Medical Campus in Aurora to Broadway in downtown Denver. The funds for this come from a $55 million bond, and construction is tentatively slated for 2020.

Credit: Allison Sylte, KUSA
The outside of the Phoenix on East Colfax Avenue, which also houses Fiction Brewing Company.

The Bus Rapid Transit program is intended to happen if the legendary 15 Bus that traverses East Colfax Avenue merges with a light rail. And, by its nature, it would radically change a neighborhood that’s known for its collection of authentic ethnic food restaurants and motels from the 1950s, as well as assorted other businesses ranging from fast food to head shops.

And it’s not something that proponents take for granted.

“It’s sort a double-edged sword: It’s a great catalyst and also a dangerous catalyst,” said Monica Martinez, executive director of the Fax Partnership, which created the Colfax Mayfair Business Improvement District. “On one hand, we’re excited about that potential change and on the other, we fear the displacement it could cause.”

Martinez said studies have shown that wealthier residents in up-and-coming neighborhoods like the one along East Colfax don’t often use mass transit, and that it’s already becoming unaffordable for lower income families to move there.

“The for-sale market is no longer affordable,” she said. “Rental properties are increasing their rates because they’ll be able to once a bus comes and development occurs. The city is aware that a ... transit investment could flip this neighborhood.”

Credit: Courtesy Colfax Mayfair Business Improvement District
A rendering of what East Colfax Avenue in Denver is envisioned to look like.

Tim Roberts is the president of the East Colfax Neighborhood Association. He also runs Counterpath, a bookstore and exhibition space that now houses a food pantry for area residents in need.

He said he hopes to do his small part to offset displacement in the neighborhood by helping struggling residents in a small but significant way.

“We’re not looking at people who are starving as much as, there may well be that, there’s also a way to save on the grocery bills, to offset the finances that people are looking at, where the rent is taking up too much of the monthly income,” Roberts said.

Roberts said the development in the area has always been marked with less crime -- something seconded by Sebastian Kim, who owns the La Vista Motel off Colfax and Holly Street.

“We’re going to make this a more attractive, safer place for customers,” he said.

Part of Martinez and Portell’s efforts involve bringing local businesses to the East Colfax neighborhood, as well as educating existing owners about the city resources available to make sure they stay afloat in a perpetually changing city.

This includes preserving older buildings since they come with cheaper rent, as well as increasing density. And it doesn’t just mean bringing in breweries and coffee shops to a street an unsubstantiated Playboy article may or may not have called the “longest and wickedest street in America.”

“You know we have our dive bars and our car lots, and there’s just this sort of scrappiness to the street that people don’t want to see become antiseptic,” Martinez said.

Martinez said she envisions an income-diverse East Colfax that maintains its roots while also becoming a hub for mass transit. She even talked about the famous motels that line the street becoming affordable housing options. 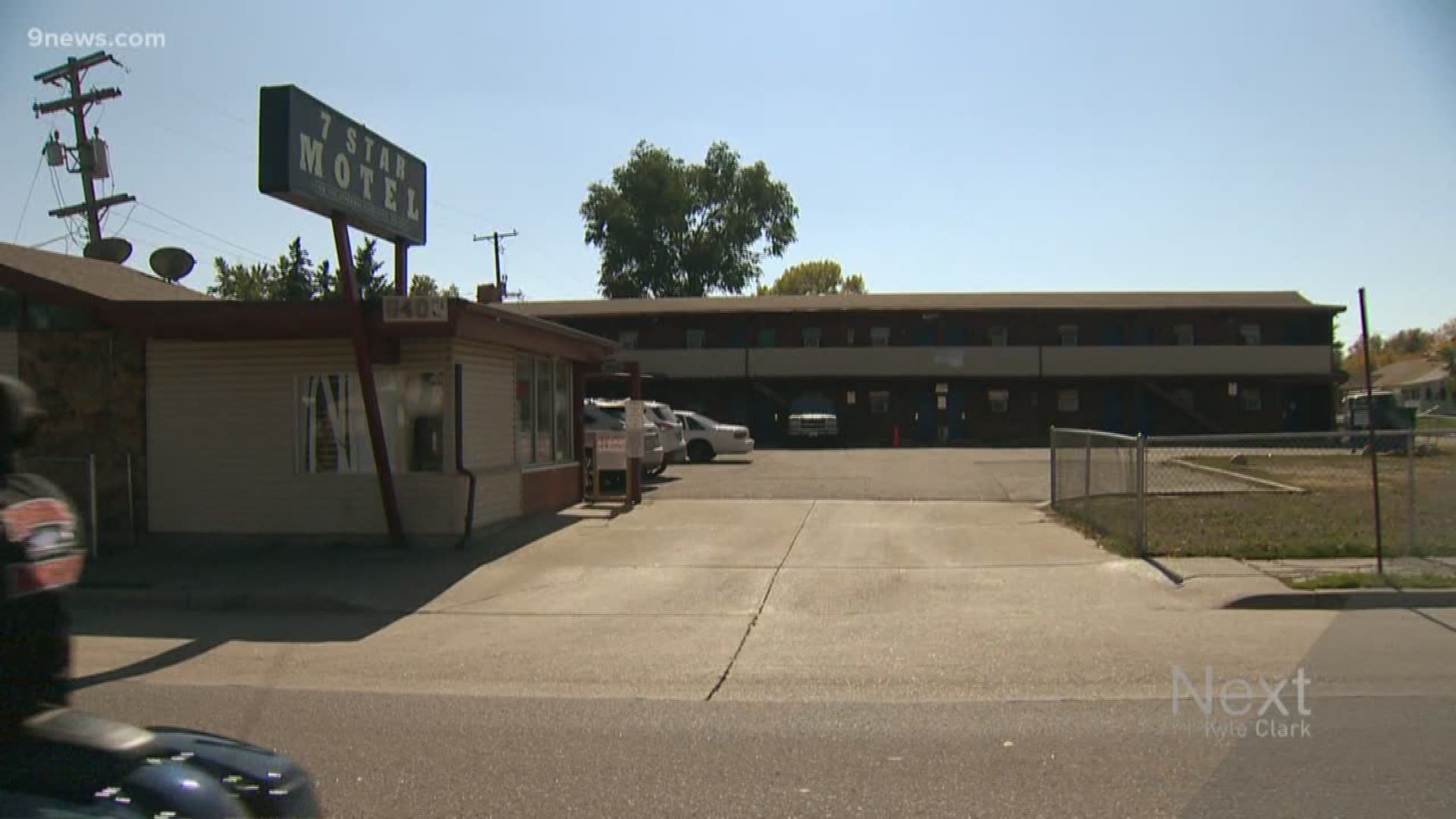 “We don’t want to see all of the motels go away, but we also don’t want to see them all stay,” she said. “It’s not the way we should be housing our poor. There’s no services provided, and there’s a serious criminal element in a lot of these motels. So you could have families living next to crime.”

Portell said her focus was making life on East Colfax easier for the existing residents -- something that extends beyond coffee shops and expensive wine places.

“The challenge right now is helping people envision that,” she said. “I’m spending time with a lot of our commercial property owners and business owners saying, ‘Imagine this.’ A transit station will be right over there.’ We’ll be fixing these sidewalks, adding new lighting, to appeal to people.”

Gonzalez said he can’t afford to live in the East Colfax neighborhood anyone, despite growing up there. He volunteers at the Street Fraternity, which mentors young men who live in the area. Yoal Ghebremeskel is the cofounder and executive director of the organization, and said he’s already noticed people in the neighborhood being priced out and moving farther east to Aurora.

“It’s been clear and evident over the past six months to a year that that change is coming fast,” he said.

Ghebremeskel said he’s noticed the city has started paying more attention to the neighborhood than in years past -- and he wished it had happened sooner for the sake of the people he mentors.

He said he’s noticed that many people are already moving across the Denver border at Yosemite Street to Aurora, which is the most diverse city in Colorado.

But Aurora, like Denver, is also changing with the times, and trying to transform its stretch of East Colfax Avenue into its own Main Street. That’s clear from the Arts District, according to Andrea Amonick, the development services manager for the city.

“It’s going to be a different kind of development,” Amonick said. “You’re not going to see lots of high-rises. It will be lower scale because it has a more Main Street character to it, as opposed to across from the [Anschutz] campus, which is a major job center in this community.”

Amonick said the Aurora side, like the Denver side, is going to look radically different in the next few years.

“We’ve got a lot of development going on on the East Colfax corridor; we’re adding new restaurants, we’re adding new retail, and I think there are new thing coming on online every year, and people should come and experience that,” she said.

Ghebremeskel and Gonzalez both said they welcome the development, but hope that people who’ve been in the community along East Colfax for years aren’t left behind as it becomes more and more developed.

“The main point is development can’t forget the people,” Gonzalez said. “And it must acknowledge human capital as much as [infrastructure and real estate]."