Incredible photos show Comet NEOWISE in the skies over Colorado. Here’s how to see it all month

If you're willing to wake up before dawn, you can see Comet NEOWISE in the northeastern sky. 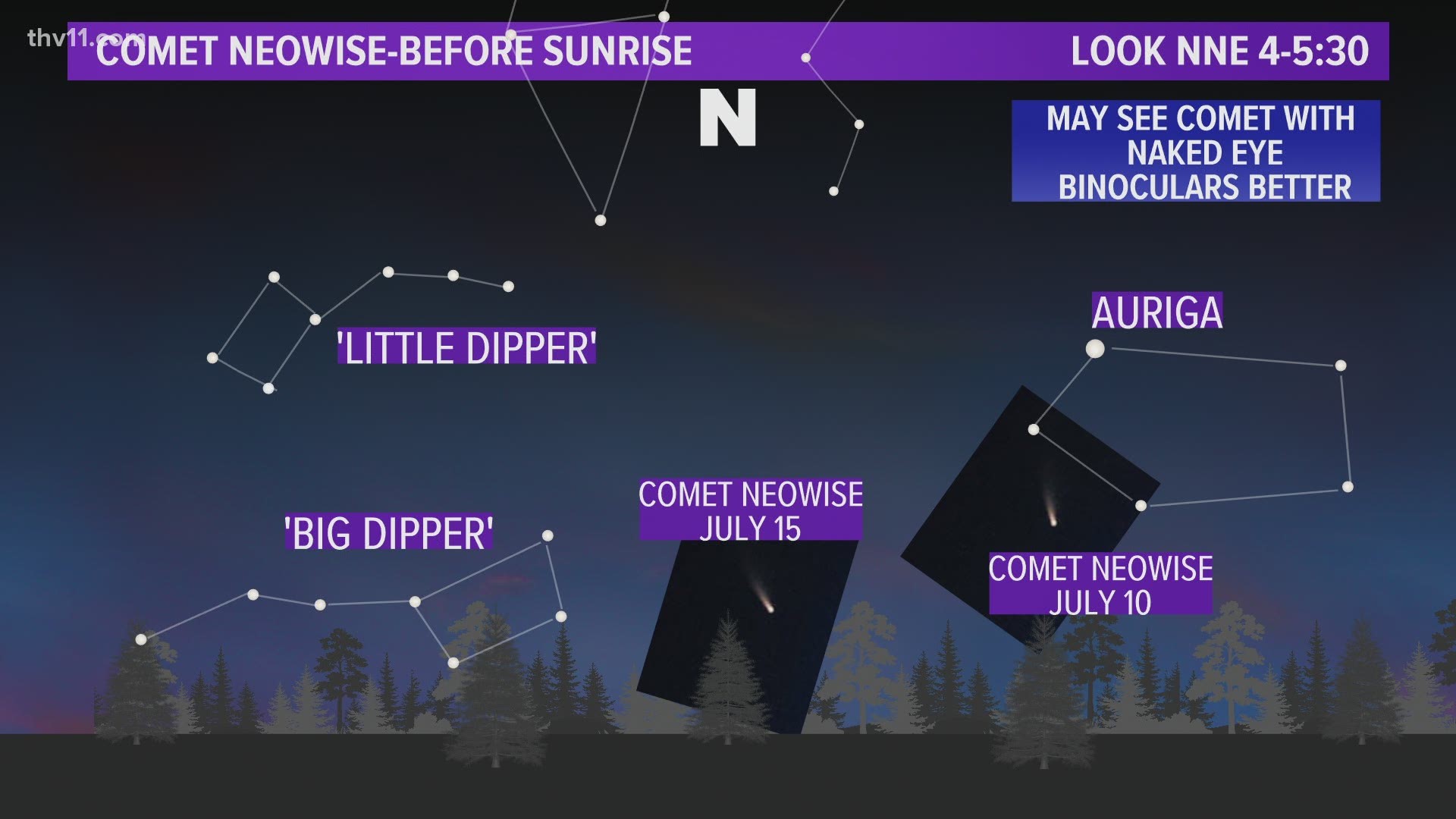 DENVER — People willing to wake up early this month will be greeted with an incredible sight: Comet NEOWISE, which is visible by the naked eye.

Multiple 9NEWS viewers spotted the comet on Tuesday and Wednesday (if you saw it, share your photos using yourtake@9news.com!).

For what it’s worth, NEOWISE's less-catchy name is officially C/2020 F3 NEOWISE, and it’s been spotted before dawn recently. The best early morning show of the comet will be on July 11, when it will be highest in the northeastern dawn sky, according to EarthSky.org.

As the month goes on, it will move higher and higher up the horizon – and if you’re not an early riser, there’s some good news.

RELATED: How to see Comet NEOWISE whizzing by Earth for the first time in 6,800 years

RELATED: 4th of July eclipse to kick off busy month for astronomy fans

The folks over at EarthSky.org said that by July 12-15, the comet will be visible at dusk on the northwest horizon. That is, if Neowise stays bright enough (and let’s hope it does!).

Check out photos of Neowise in Colorado below. And head to EarthSky.org for more information about the comet and the best times to see it.

Credit: Courtesy Josh Toten
A view of NEOWISE near 112th and Federal.

Credit: Paul Marcotte
A view of NEOWISE from Longmont.

Comets are like giant snowballs of gas, dust, rock and ice. Comets in our solar system orbit the Sun just like anything else, but usually their orbits are highly elliptical.

They'll spend most of their lifetimes in the outer belts of the Solar System. But as they approach the Sun, the solar winds heat up the comet and cause some of the dust and debris to glow and become ejected from the comet itself. That's what causes the tail.

Speaking of the comet tail, did you know that the tail will always point away from the Sun, due to the solar winds. The tail doesn't follow the path or orbit of the comet itself.