You can visit the North Pole without leaving Colorado

The North Pole is about an hour and a half from Denver along US 24 at the base of Pikes Peak. 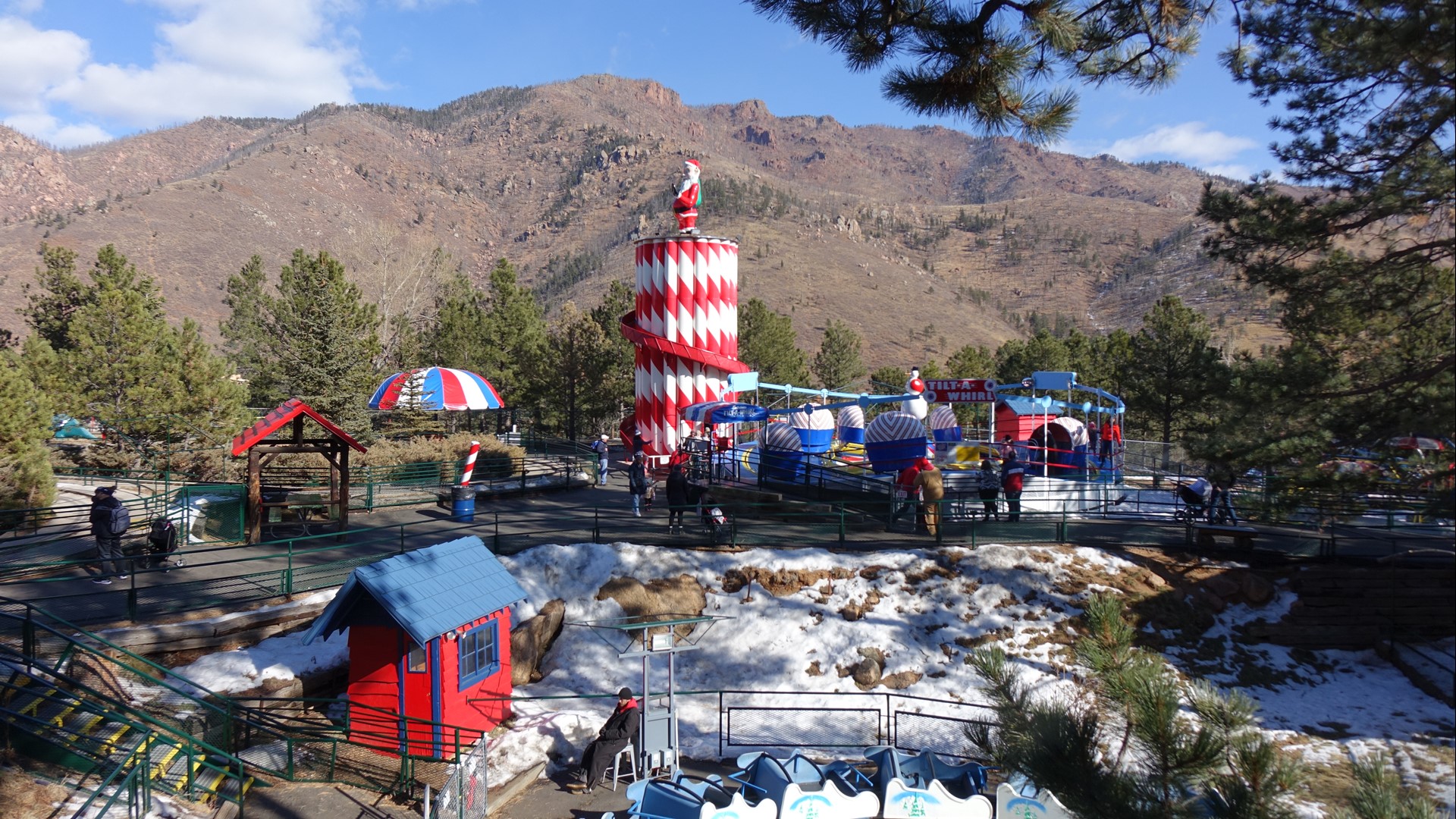 EL PASO COUNTY, Colo. — Santa’s Workshop is hidden in the foothills outside of Colorado Springs.

Peeking above the trees at the base of Pikes Peak along US 24 is a Christmas-themed amusement park and village that has been attracting families for more than 60 years.

The North Pole in Cascade is about 1 1/2 hours from Denver.

It’s a place full of magic and nostalgia: Children can visit Santa Claus at his home in the middle of July, and parents can watch their kids ride the same slide they remember going down as children.

1 / 36
KUSA
Peeking above the trees at the base of Pikes Peak is a Christmas-themed amusement park and village that has been attracting families for more than 60 years.

Merchandise manager Susie Haggard said it is this feeling of history that makes the park truly unique.

Her husband, Tom Haggard, is the owner of the North Pole. It’s been a family-run business from the start. His parents opened the park back in 1956 and his and Susie Haggard's children are now all heavily involved.

This story is part of our weekly #9Neighborhoods series. Join us this afternoon on the 9NEWS Instagram for a photo tour of the North Pole. Have a recommendation for a community to check out next? Email us at webteam@9news.com!

At that time, it was just the village designed to look like the Santa’s Workshop that was built in Lake Placid, New York in the 1940s. That one was designed by Arto Monaco, a former Walt Disney artist, who based his concept on an 8-year-old girl’s imagination of what Santa Claus’ home looked like.

There were 12 buildings, Santa’s “gnomes” helping throughout the park, a wishing well, animals roaming the park and a puppeteer.

The first rides opened in 1958. There was a mine ride where a donkey pulled a cart along tracks, an authentic fire engine and a stagecoach.

While the park has expanded over the years, adding rides and a few new shops, it has largely stayed true to that original aesthetic and feeling.

Many of the buildings are still the original ones that opened more than 60 years ago, the park has authentic antique band organs that still play Christmas tunes heard throughout the park and many of the rides have been running for generations.

There are 28 rides at the North Pole, most designed for children.

The most prominent is the Giant Wheel, which can be seen poking above the trees while driving by on Highway 24. According to the Haggards, at 7,500 feet in elevation, the Ferris wheel is the highest in the world. It’s been running since 1967.

Another of the park’s oldest and most unique rides is the Peppermint Slide, where kids of all ages can grab a burlap sack, trudge up a narrow staircase inside the building, and then zip down the outside.

Other vintage rides include the 1919 carousel with original hard-carved wooden horses (and some added reindeer), and the Christmas tree ride.

The newest ride to open at the park is a two-person zipline called Santa’s Sleigh Ride.

Other buildings host a chapel, a glassblower studio and shop, an elf show, an arcade and a magic show (which Susie Haggard highly recommends).

Of course, Santa’s house is also located in the north pole. Children can visit with Mr. Claus in his cozy cabin year-round, get a picture with him and tell him about their Christmas wishes.

The North Pole is even home to its own post office. The Haggards said mail for Santa is regularly delivered to the village. Letters and postcards can also be sent postmarked from the North Pole.

The park is open each year from mid-May until Christmas Eve. The park does have to sometimes close for adverse weather during the winter. Susie Haggard said the best place to check for these closures is on the park’s Facebook page.

Regular admission is $25 for anyone between the ages of 3 and 59. Anyone 2 and under or over 60 is free. There is also a coupon available online.

RELATED: Map: Where to find the best Christmas lights in Denver and Colorado