It's the first state park in Colorado to hold the designation. 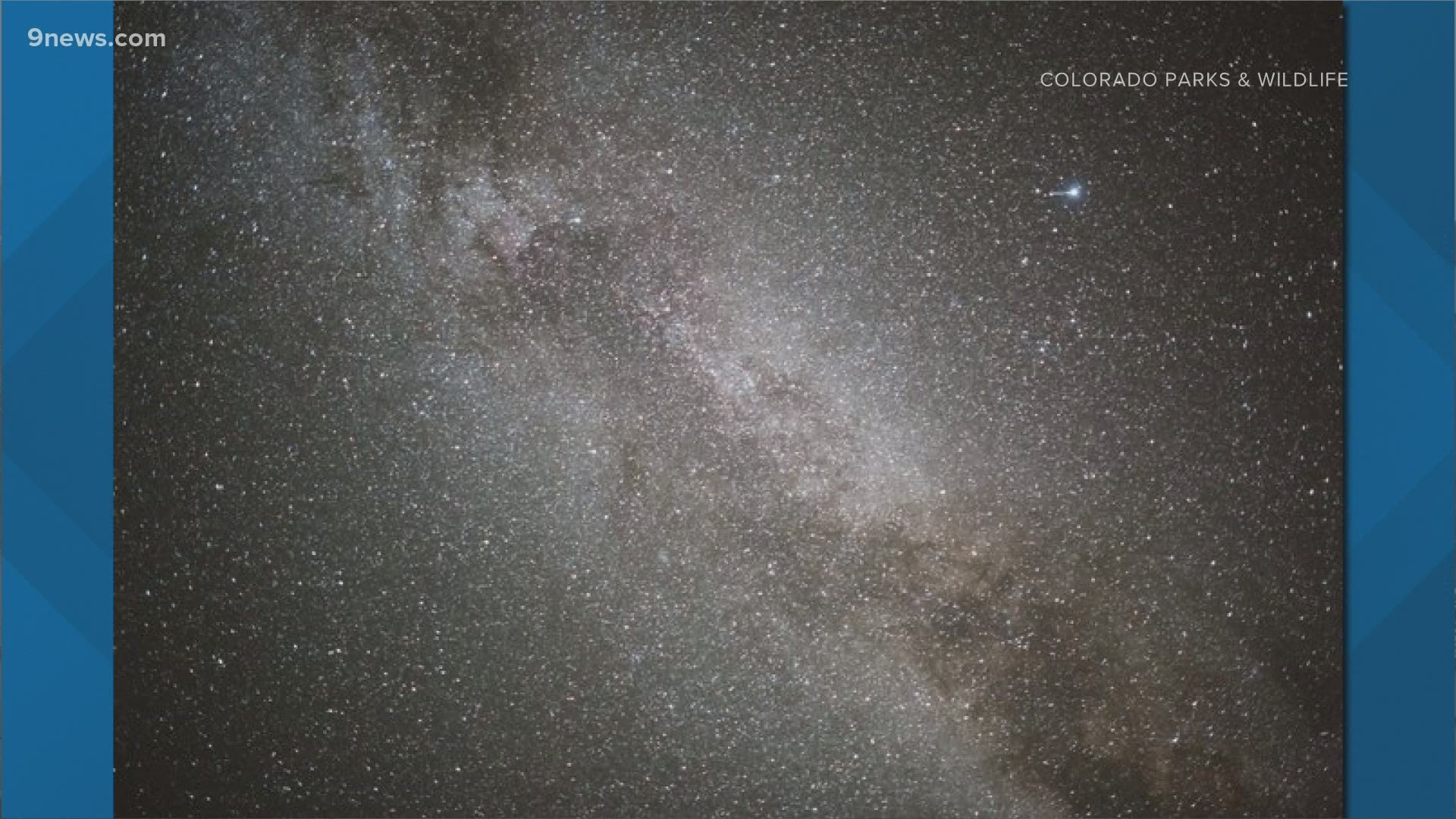 Located about a hour-and-a-half from Denver in western Morgan County, Jackson Lake is the 19th state park in the country to receive the designation but the only state park in Colorado.

The International Dark Sky Places (IDSP) program consists of about 150 certified dark sky places in the world, 95 of which are located in the United States and 74 of those are west of the Mississippi River, CPW said.

The program, which was founded in 2001, aims to preserve and protect dark sites through responsible lighting policies and public education.

Park Ranger Amy Brandenburg, who led Jackson Lake’s application process with the IDSP program, said the designation provides a new and existing opportunity for visitors to come out and enjoy Jackson Lake.

“I think this puts us on the map so that we’re easier for people to recognize as a dark sky place,” Brandenburg said. “It was a unique opportunity to do that.”

“We worked with Morgan County Rural Electric Association to eliminate the large street lamps from the park and then we also did a ton of updates and elimination to the fixtures in the park itself,” Brandenburg said. “On the bathroom buildings, we removed or changed out fixtures to be dark sky compliant. Inside of the bathrooms we also put the lighting in the shower houses on motion sensors.”

Other benefits to the park and it becoming more dark sky friendly include a reduction in energy consumption and multiple benefits for wildlife, CPW said.

“We found that we’ve had less interruptions from mosquitoes,” Brandenburg said. “It gives a chance to host species, like bats, that really rely on a dark night sky. Most waterfowl actually migrate at night. They use the stars and travel during the nighttime hours.”

Jackson Lake is the fifth park and eighth total location in Colorado to receive the designation, and the only site located east of I-25.

RELATED: Taking Fort Collins back to the dark side