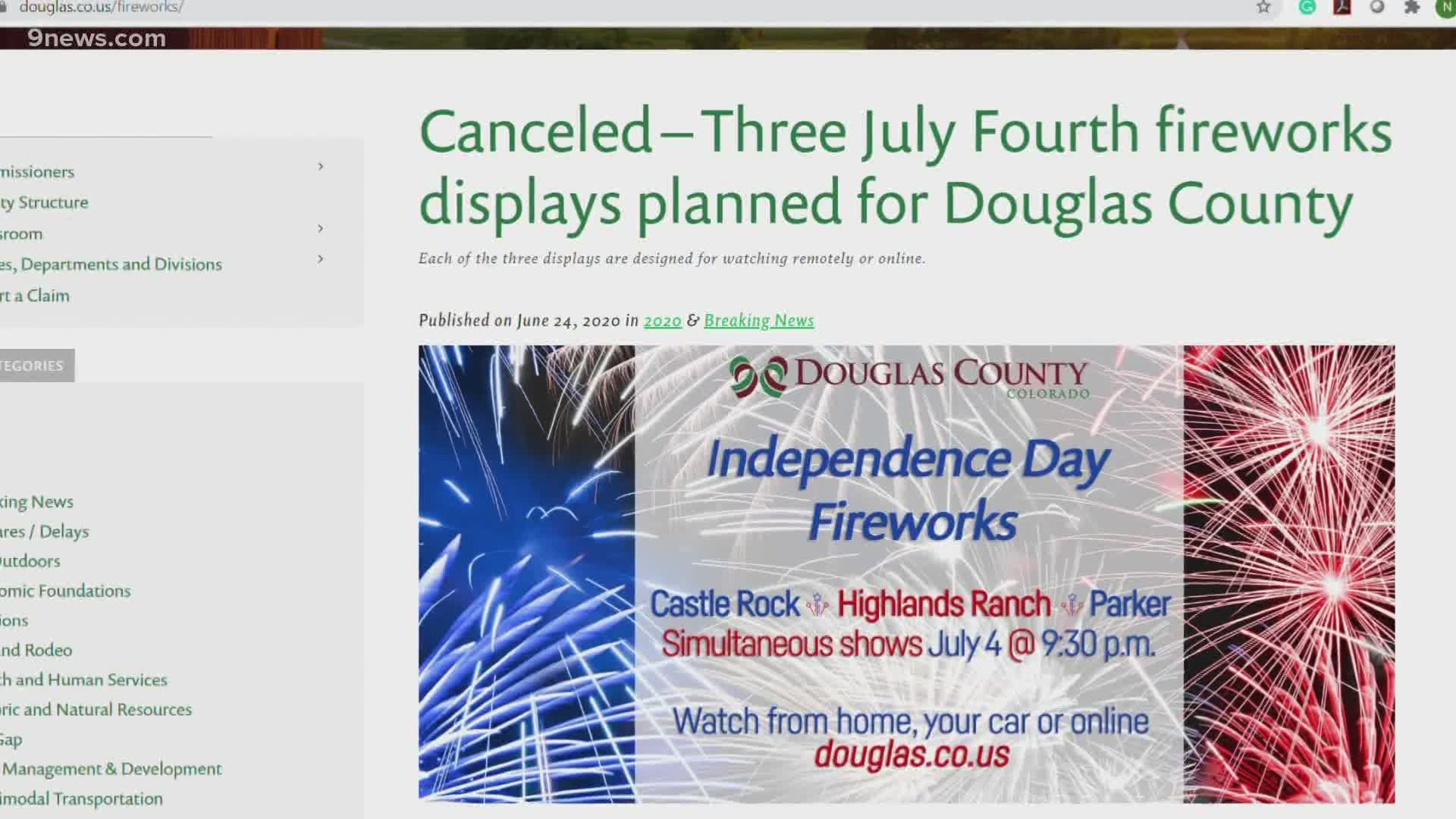 MORRISON, Colo. — As Bandimere Speedway near Morrison is getting ready for its annual July 4th fireworks show, Morrison Police Chief George Mumma Jr. said he is preparing his officers for a turnout unlike years past.

"There were places people can go to -- Clement Park, Denver had their shows, all the other municipalities did the same thing," Mumma said. "We’re one of only six and so it’s a little bit alarming for a little town when we don’t know what to expect."

Thursday morning, Morrison had one of six fireworks shows in the Denver Metro area. As of Thursday afternoon, that number dropped to three. Douglas County Sheriff Tony Spurlock said he had to make the tough decision to cancel shows planned for Highlands Ranch and near Parker due to dry conditions.

"The reality of it is that short period of enjoyment and time at the risk of millions and millions of dollars or property and life is just not worth that decision," Spurlock said.

Shortly after Spurlock's decision, the town of Castle Rock also decided to cancel its show, too. Spurlock said Monday's wildfire in Douglas County is still fresh.

"You need a saturation rain to really impact the fuels, the grass and the underbrush," Spurlock said. "Just a small little spritzer is not going to make a difference."

It may make a difference in Aurora at Valley Country Club (which is hosting a private show), near Morrison at Bandimere Speedway and a show planned in the city of Brighton. They are now the only three remaining fireworks shows scheduled in the Denver metro area.

RELATED: 40 firework shows (and 78 canceled ones) across Colorado

Mumma said he welcomes people to his town and hopes they frequent local businesses, but he is worried that too many people will come from around the region.

"We're more concerned about traffic flow," Mumma said. "We are working with CDOT right now to make sure that we've got digital signs up on C470. We're not allowing anybody to park on the shoulders."

Mumma said he has 10 officers ready to handle the crowds Saturday and has sought help from the Jefferson County Sheriff's Office and Lakewood Police if he needs support.

"We've got quite a bit of staff that's planning to be here and going to hope for the best," Mumma said.

RELATED: Why smoke sometimes lingers in the air during fireworks displays