DENVER — It's the dog days of summer and the folks at the Denver Museum of Nature and Science know that a mix of air conditioning and cutting-edge games will drive the masses inside.

On Monday, the museum opened VR Arcade -- a pop-up experience using virtual reality technology that is geared toward, well everyone.

Stephanie Wood, director of guest services at Denver Museum of Nature and Science, told 9NEWS you don't have to be a self-proclaimed "gamer" to enjoy yourself.

"We have games that are really easy for folks to learn, we have games for more experienced gamers -- folks who are familiar with game controls," Wood said. "We have games that you can fly and race and paint or dance! There's all sorts of stuff. It just depends what you're interested in doing."

The arcade is located on the first floor of the Museum near the popular “Space Odyssey” exhibition. Once inside, you're greeted with six bays where anyone over the age of 10 can be outfitted with goggles and controllers to try out a personal VR trip.

The following games are offered at the VR Arcade:

There's also a four-person Virtual Reality Transporter ride that sort of resembles Disney's Space Mountain, but is stationary. Riders have to be at least 42 inches tall.

VR Arcade is open daily from 10 a.m. to 5 p.m., but requires a special ticket purchase that's anywhere from $7 to $10. There's also an area for the younger explorers to hang out and play if they are too small to take part.

Wood says though the arcade is billed as "pop up", there's a chance that after a few months, the museum will make the exhibit permanent, depending on its popularity.

Punch Bowl Social on South Broadway is debuting a virtual reality experience this summer as well. 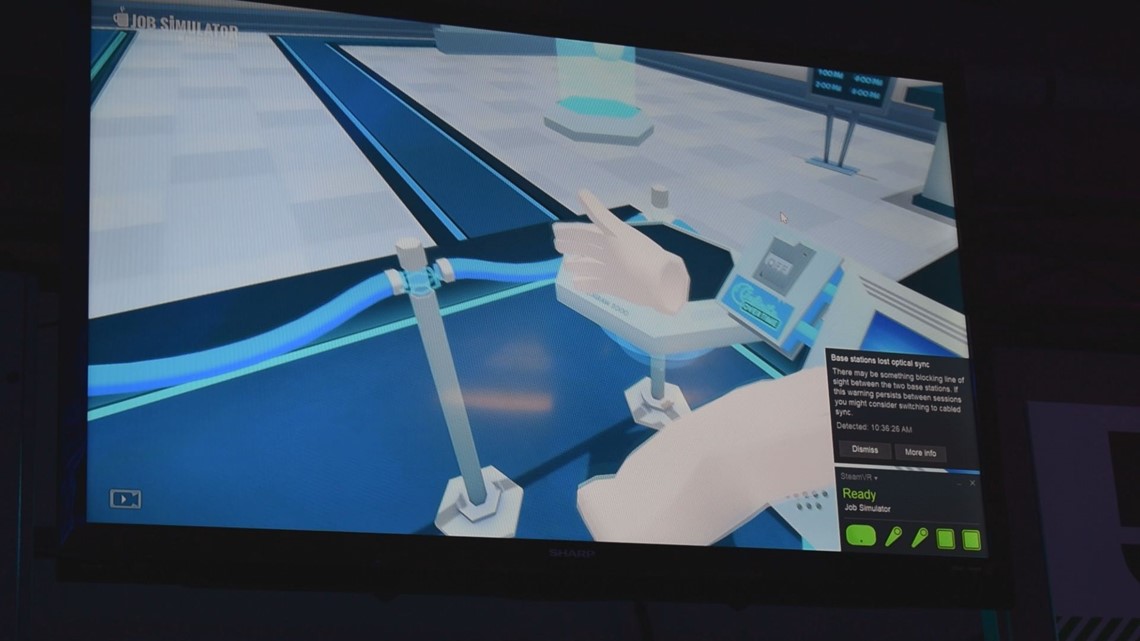