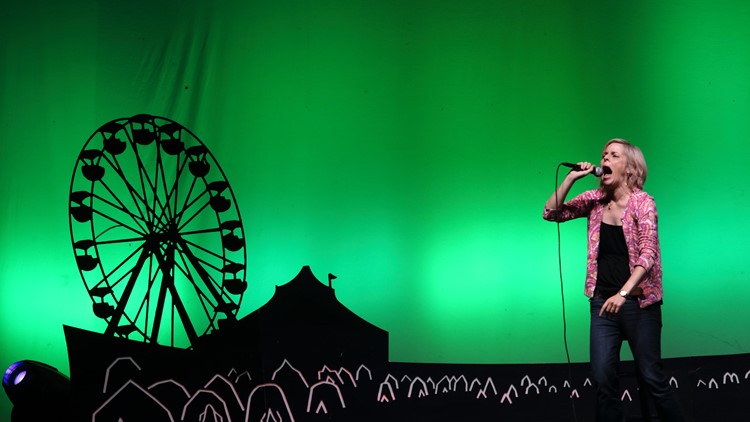 Maria Bamford and special guest Aparna Nancherla will headline the 2019 festival. Comedian Jackie Kashian will round out the lineup at Paramount Theatre on September 27 at 8 p.m.

Aparna is a comedian/actress featured in the second season of Netflix’s The Standups. Other TV credits include Netflix's Master of None, HBO's Crashing, and Comedy Central's Inside Amy Schumer.

The festival, now in its seventh year, runs from Sept. 26 through Sept. 28 primarily at venues along South Broadway. More than 90 local and national comedians are expected to perform throughout the weekend.

Standard Fest passes are $140, and include a ticket to the Paramount show, along with full access to the rest of shows on South Broadway, and a limited edition fest t-shirt.

Comedy fans can elect to upgrade to a "Peak Pass," for $180, which includes a ticket to the already sold-out Tom Segura show at the Bellco Theatre on Sept. 28.

Pre-sale passes to the festival go on sale May 1, and general ticket sales start on May 3. Clip/tap this link for more information.