The marade (a combo of march and parade) traveled three miles from City Park to Civic Center Park. 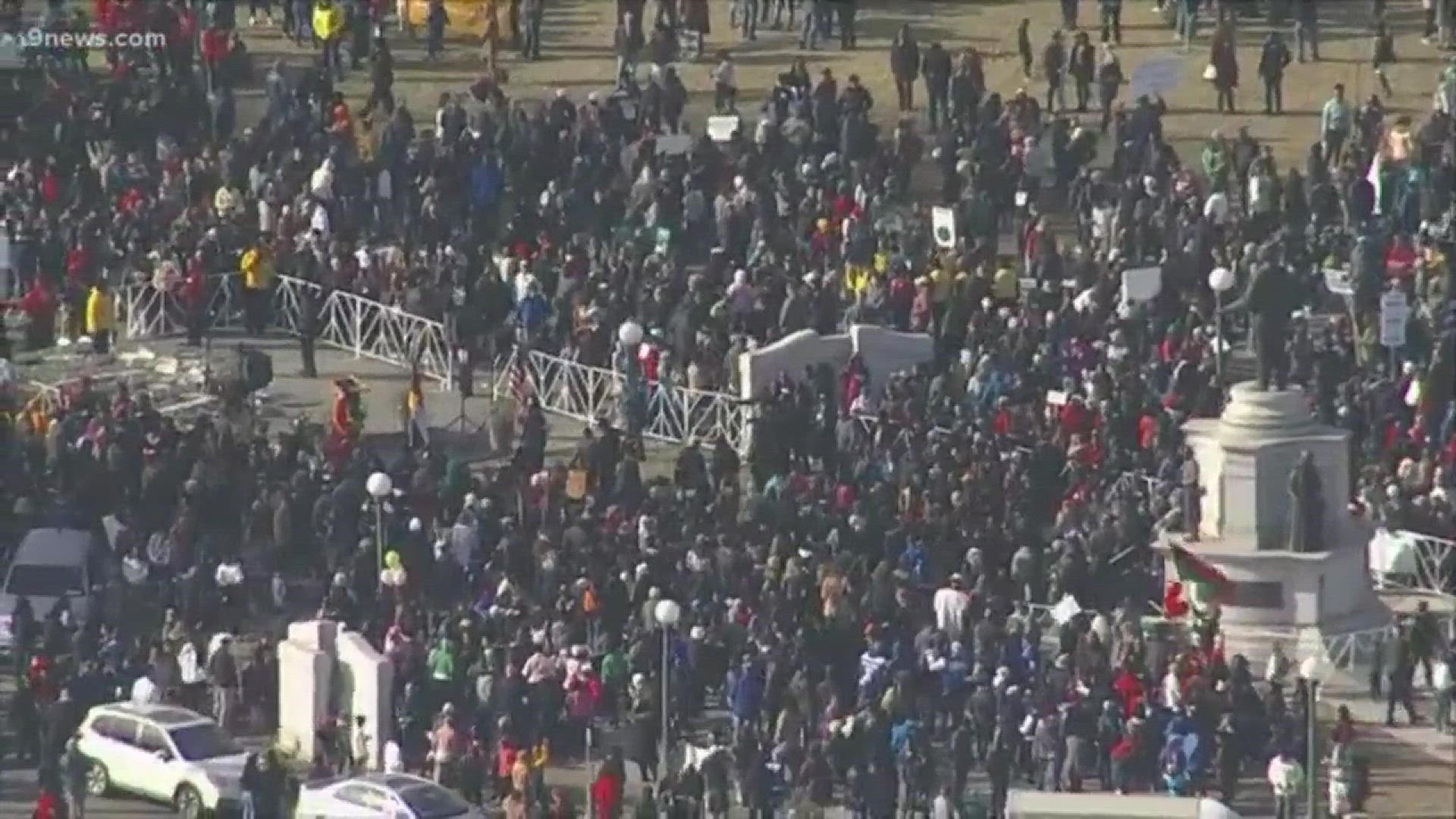 This article was first published by MileHighontheCheap.com.

Civil Rights Leader Martin Luther King, Jr.’s legacy was commemorated in Denver with what has grown to be one of the largest MLK Day celebrations in the U.S. — even larger than that of Washington, D.C.

The 35th annual Marade in Denver was held Monday, Jan. 20.

The event was preceded by a 9:30 a.m. program honoring Dr. King at the I Have a Dream Memorial, with the actual walk stepping off at about 10:35 a.m.

For more local deals and discounts go to MileHighontheCheap.com.