Officials have expressed concerns about putting first responders in danger and the lack of social distancing at the summit. 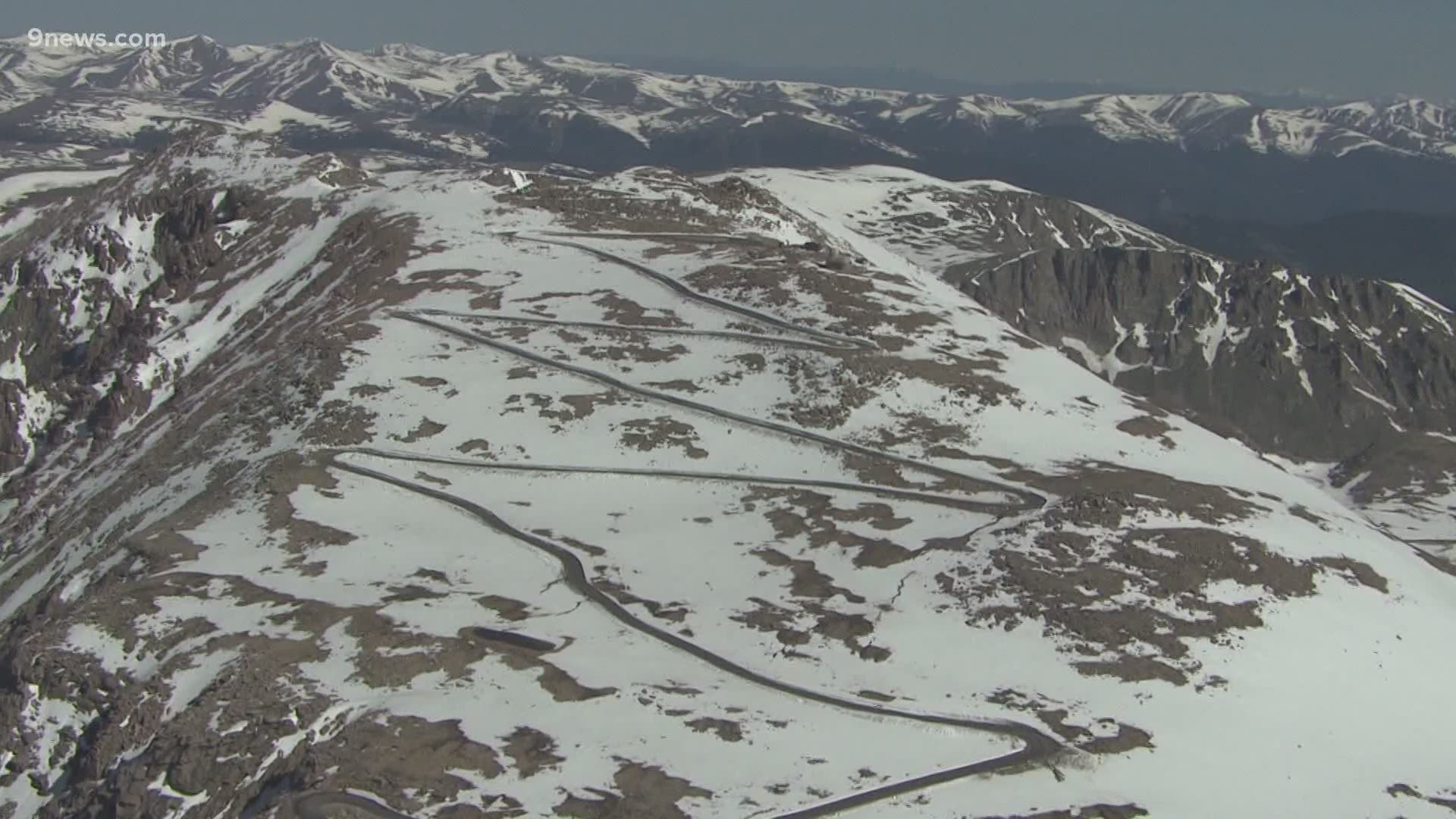 CLEAR CREEK COUNTY, Colo. — Citing the impact of COVID-19, the agencies that manage the highway to the top of Mount Evans announced Thursday that it won’t open for motorized vehicles at all this year.

The road, which travels to the summit of the 14,265’ peak, will be open to bicyclists and hikers.

The Mount Evans Highway typically opens around Memorial Day weekend, but this year it was delayed due to the uncertainty surrounding the pandemic. A joint news release from Denver Mountain Parks, the U.S. Forest Service and the Colorado Department of Transportation (CDOT) said part of the concern about reopening the highway stems from putting first responders at risk due to the variable conditions at high elevation.

>>> Watch the video above for a behind-the-scenes look at what it takes to Clear Mount Evans.

In a previous news release, officials also expressed concerns that social distancing would be difficult on top of the mountain, which has numerous shared facilities.

While the highway is closed to traffic, CDOT said crews will work on necessary maintenance projects – including pothole repair –that wouldn’t be possible if it were open.

The Mount Evans Highway ascends thousands of feet of windy mountain roads, and draws an estimated 200,000 people from all over the world.

It is the highest paved road in North America.

Other popular Colorado scenic byways have reopened or announced plans to do so, including Trail Ridge Road in Rocky Mountain National Park and Independence Pass.