Colorado peach crops should be safe from cold temperatures

Peach farmers are excited about this season after losing most of their crop to a late freeze in 2020. 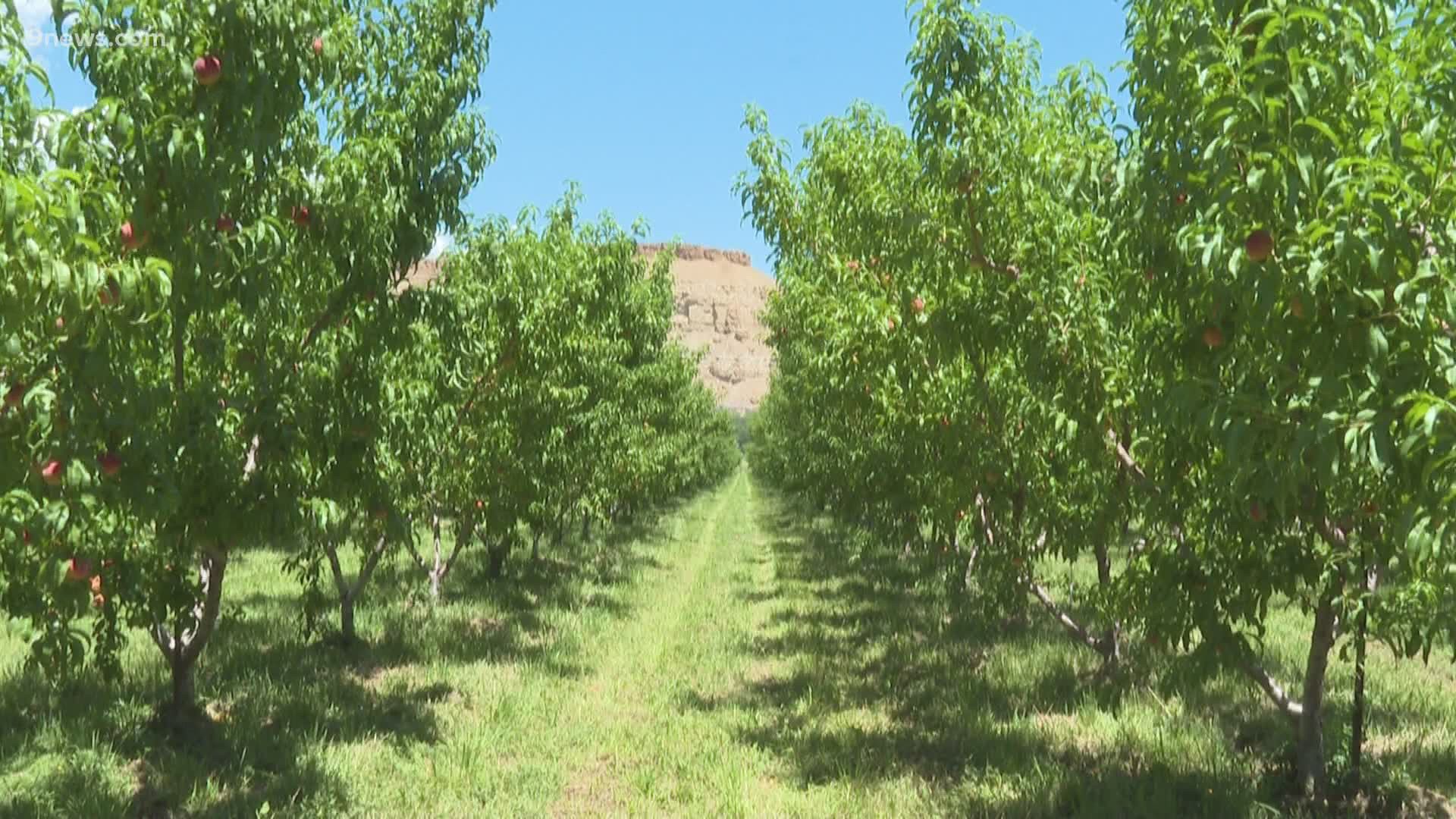 Talbott Farms in Palisade said they're not worried about hard freezes for the rest of the season.

"Right now, we feel like we're in pretty good shape and that this crop is pretty secure," said farm manager Bruce Talbott. "Our latest historic frost is the 12th. That would be tonight. What we got here now doesn't look that threatening, so I think we're in good shape."

Talbott said there are weather stations across multiple farms to monitor the conditions. Talbott Farms has wind machines ready to be powered up if temperatures do get too cold Tuesday night or Wednesday morning. That helps keep the cold air moving. The farm runs frost protection when temperatures get to 32 degrees.

A late spring freeze in April 2020 was what cost farmers' their peach crop last year. Some farmers lost up to 90% of their crop when temperatures dropped to 19 degrees – Talbott Farms lost 85% of its peach crop.

"We're looking at a much better year than last year and we're all excited about seeing a good peach crop," Talbott said.

Talbott Farms has secured about 80% of its peach crop this year. Talbott explained the other 20% was damaged during an October storm. He called it a one in 500-year storm when the area set a record of 15 degrees.

He explained that the trees and vines weren't hardened enough to handle those freezing temperatures. Wine cherries and grapes were the hardest hit at Talbott Farms. Talbott said they lost 80% of their grapes.

The cool spring did put the peach harvest about two weeks behind schedule, according to Talbott. He said the shed will likely begin Aug. 1, when normally it starts July 20.

Better late than never, in Talbott's eyes. He explained there will likely be some peaches available around July 4 at fruit stands.

"The early fruit is a little smaller and it tends to be clingy," Talbott said. "It's a little harder to eat. But it tastes pretty good because you haven't had any in eight months. Especially locally there's a good market for that front end."