The bridge had been envisioned in Colorado Springs' downtown master plan for decades. 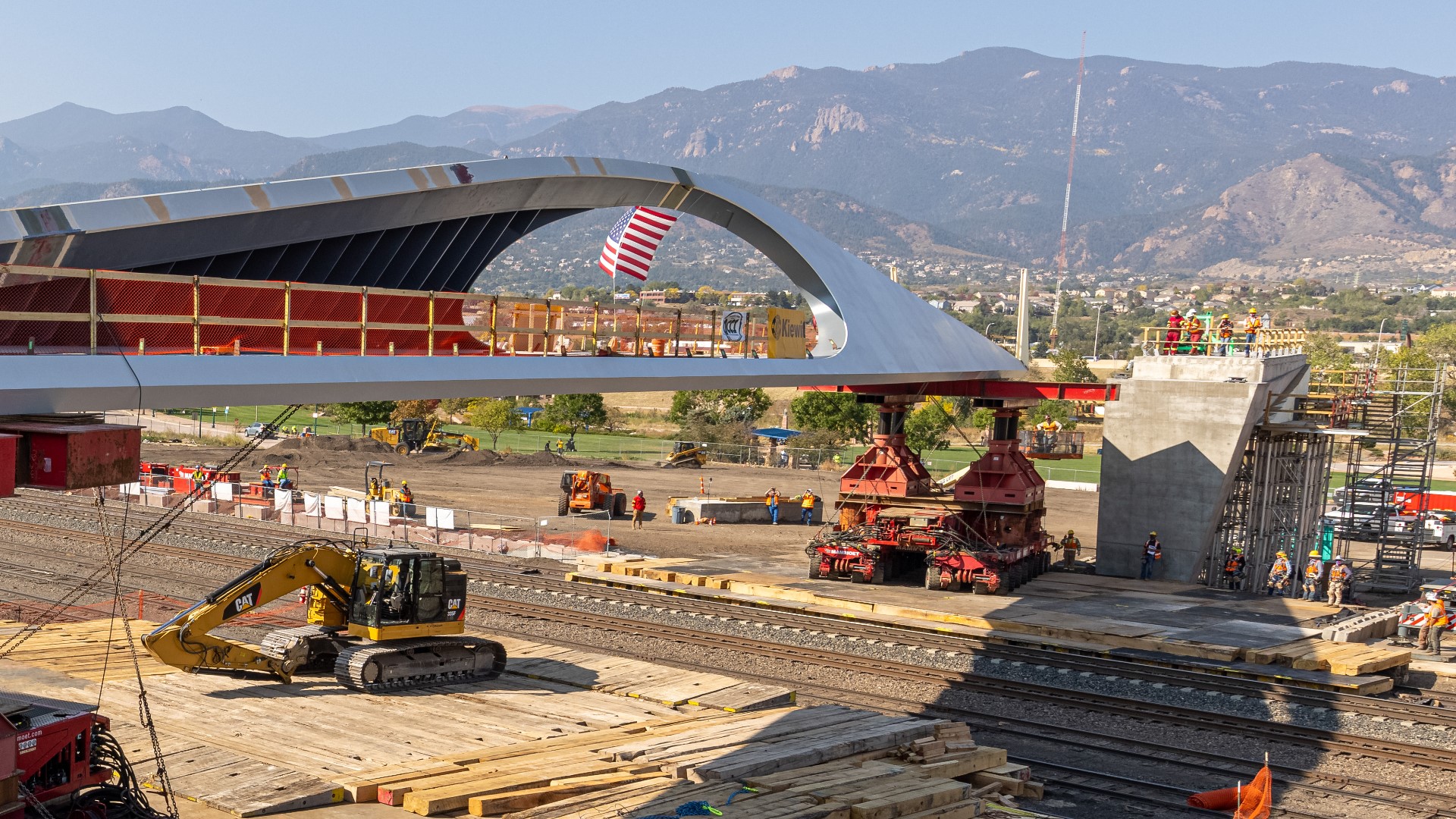 The bridge, which was installed on Monday, will connect America the Beautiful Park with the adjacent U.S. Olympic & Paralympic Museum complex and downtown Colorado Springs.

Crews had to hoist the massive bridge into the air and drive it across a railroad in order to place it onto its abutments.

City of Colorado Springs officials said the "masterfully orchestrated event was completed in an eight-hour window during which all trains transiting through Colorado Springs were held in place to complete the move."

The bridge had been envisioned in Colorado Springs' downtown master plan for decades, according to the city.

“The bridge, from idea to execution, represents how Colorado Springs is coming together to further create a city that matches its scenery. Born of public and private visioning and cooperation, it will link east and west, people and parks, downtown and surrounds,” said Colorado Springs Mayor John Suthers. “Investment in the redevelopment of southwest downtown is creating an urban destination that residents and visitors alike will enjoy well into the future.”

The city said the new bridge takes its inspiration from the gravity-defying motion of athletes.

“The bridge is an exercise in fitness, both in terms of material and geometry. The hybrid steel structure system functions as an arch and a truss, elegantly preserving views from downtown to the majestic Rocky Mountains and Pikes Peak- America’s Mountain," said DS+R Partner-in-Charge Benjamin Gilmartin.

The bridge is one of two major public infrastructure projects central to redeveloping southwest downtown Colorado Springs, according the city.

The second project is a streetscape that will transform Vermijo Avenue into a wide, pedestrian and business-friendly "signature street" which will open later in October.

For more information about the bridge design, visit ColoradoSprings.gov/PedestrianBridge.