The cog railway from Manitou Springs to the summit of Pikes Peak is ready to shine after $100 million in upgrades and repairs. 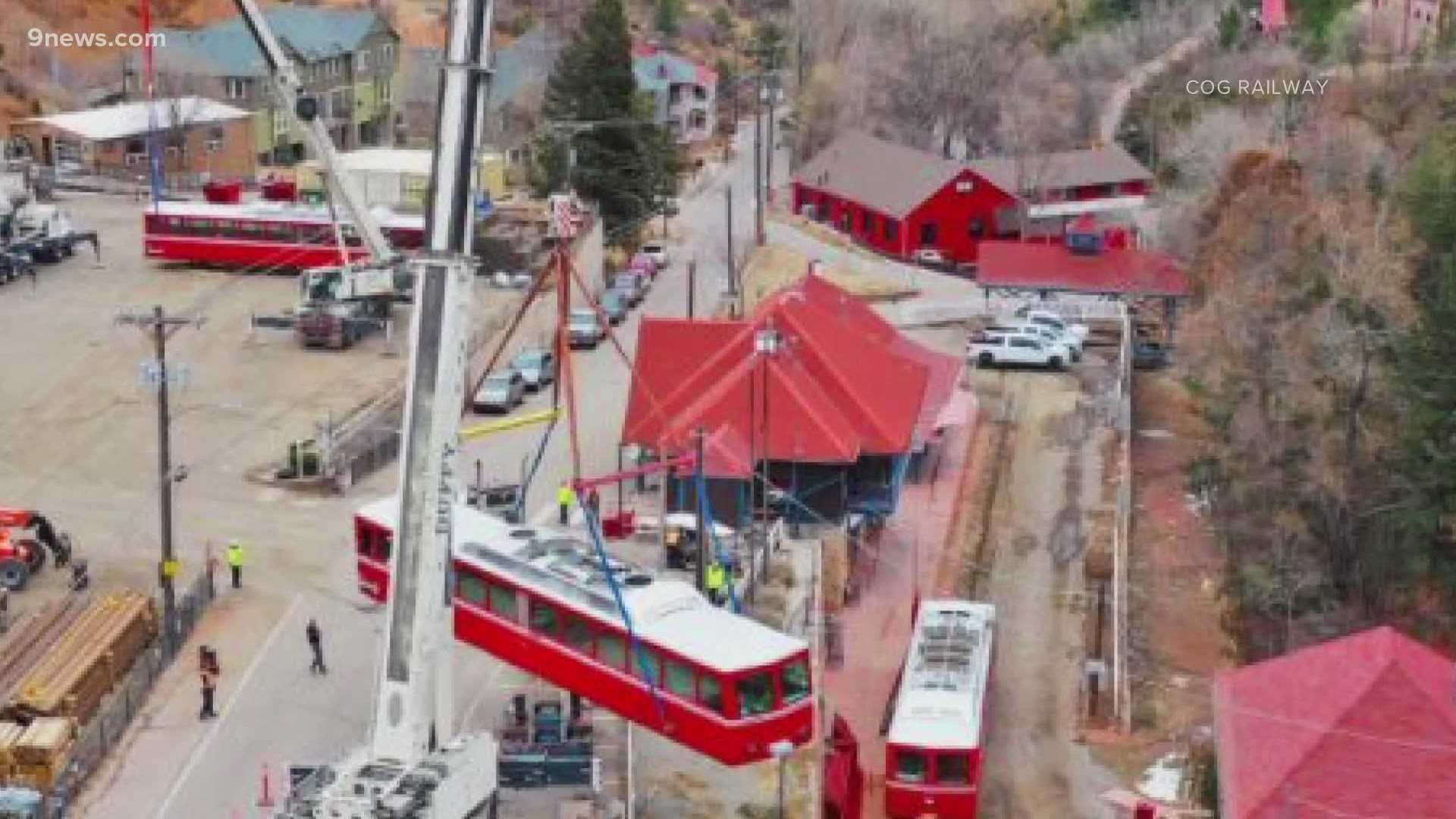 MANITOU SPRINGS, Colo. — The Broadmoor Manitou and Pikes Peak Cog Railway (MPRR) will take visitors to the top of Pikes Peak for the first time in nearly four years beginning Friday, May 21.

The cog railway has undergone a $100-million renovation of its tracks, cogs, railcars and depot since October 2017.

Originally built in 1891 and owned and operated by The Broadmoor since 1925, the historic railway is the highest railroad in America, the highest cog railway in the world, one of Colorado’s top attractions and one of the nation’s most unique experiences.

Tickets are on sale now for those interested in being among the first to experience the scenic nine-mile trip to the 14,115 foot National Historic Landmark of Pikes Peak this spring and summer aboard the new cars.

“The Cog is an important part of Colorado and the West’s heritage,” said Ted Johnston, assistant general manager of the Railway. “We’re excited to re-open the railway for the public to experience and enjoy this scenic American adventure that has such a rich history. We’ve been working on this project for three years, and we are very excited to take our first trains and passengers up the mountain.”

The cost for standard admission is $58 for adults and $48 for children 12 and under for advance e-ticket purchases or $59.50 at the depot ticket window. To get your preferred dates and times, advance tickets are strongly recommended.

Once at the top, guests enjoy the new fully accessible, environmentally sustainable Pikes Peak Visitor Center, which is scheduled to open in June. In addition to the breathtaking views – guests will be able to enjoy new menu options and a world-famous Pikes Peak donut.

In celebration of the 130th anniversary of the Railway on June 30, 2021, The Broadmoor and Pikes Peak Visitor Center will host a celebratory event and ribbon-cutting ceremony at the historic site.

RELATED: Summit of Pikes Peak now closed to all visitors

In April, the new snow plow of the railway made its first pass up the legendary Colorado mountain.

The new snow blower, part of the cog's renovation project, has the capability of cutting through snow drifts up to 10-feet tall and 20-feet wide. The plow was produced by Zaugg in Eggiwil, Switzerland. The blower's 47.2-inch diameter cutting reels can cut through 4,200 tons of snow per hour and have the ability to blow snow 50 to 100 feet off the line, said MPPR.

RELATED: 9Things to do in Colorado this weekend: May 21—23