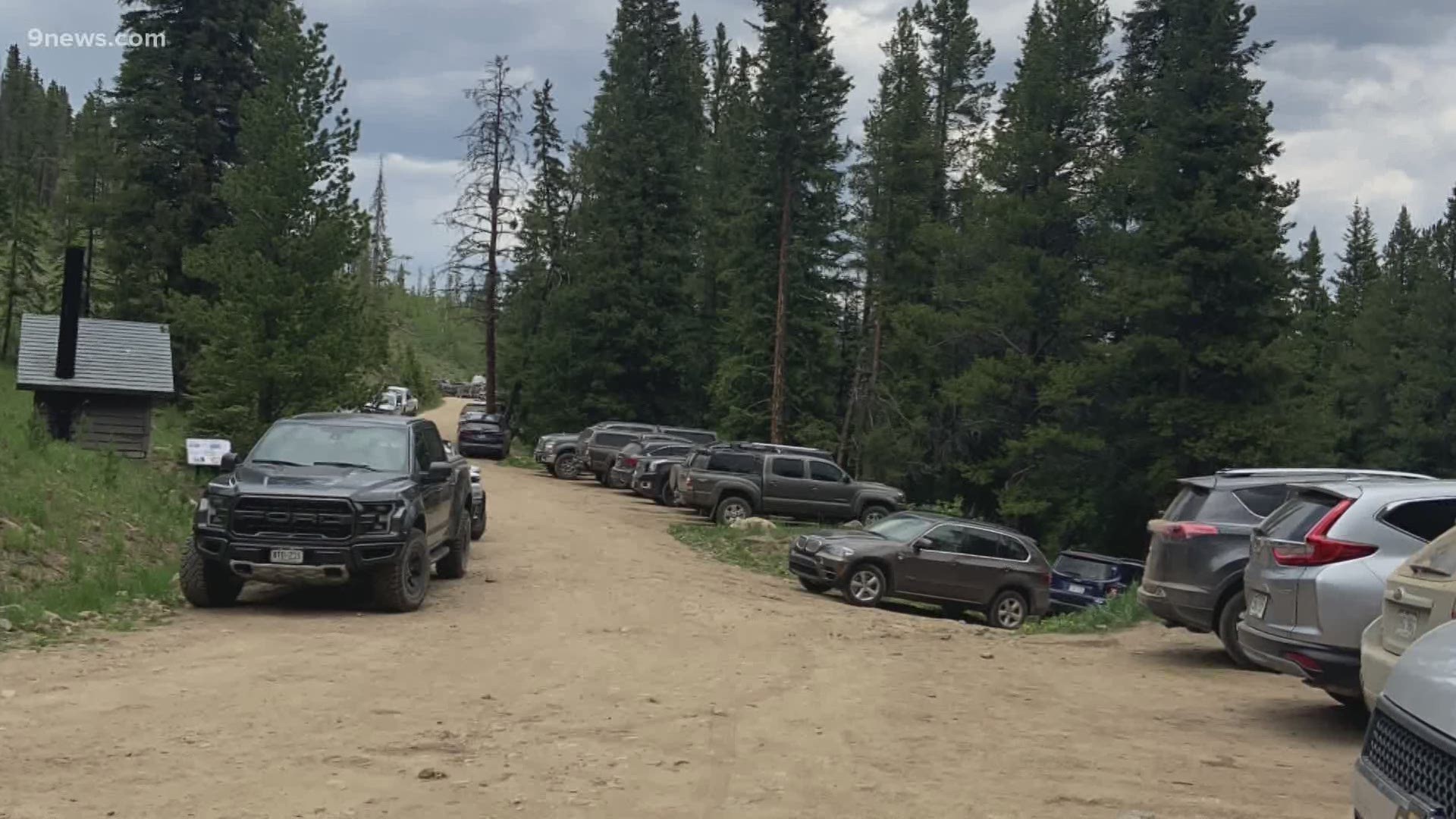 GLENWOOD SPRINGS, Colo. — The White River National Forest is used to crowds; supervisors said it's the busiest national forest in the nation. But, the crowds they saw on the Fourth of July weekend didn't compare.

"I think we saw more people this weekend than we have ever seen in the history of this forest," White River National Forest Supervisor Scott Fitzwilliams said.

Popular places like Maroon Bells and Hanging Lake are in the White River National Forest. But even the lesser-known places were filled with people this past weekend, according to Fitzwilliams.

"Campgrounds, trailheads, roads, trails, rivers, lakes, everything was packed," Fitzwilliams recalled. "And with that came a fair amount of concerning issues we saw there."

Officials with the White River National Forest said there were more violations this Independence Day weekend than years past. Rangers saw people leaving trash behind, spraying graffiti on rocks, parking where they shouldn't, and having illegal campfires.

RELATED: It's nice to be outdoors during COVID-19, but proper etiquette is key

Supervisors explained some of the violations were resolved with a conversation and a warning. People who were caught breaking more serious rules got a ticket.

The White River National Forest did have fire restrictions in place starting the Thursday before the holiday weekend. Fitzwilliams said rangers saw about 100 illegal campfires. As of Monday night, officials were still working on final numbers. Rangers find 30 illegal campfires in the White River National Forest on a normal weekend, according to Fitzwilliams.

There has been a large rise of people recreating all across Colorado during the COVID-19 pandemic. Colorado Parks and Wildlife has seen a 30% increase over the last year of people visiting state parks. Governor Jared Polis himself has urged people to get outdoors.

Fitzwilliams said the U.S. Forest Service is thrilled people are using public lands. But with the number of people they saw on the July Fourth weekend, he urged that people need to follow the rules.

"When we have this many people in these places all it takes is a few to really ruin it for other people and cause problems," Fitzwilliams said. "And we want to make these lands available to people and have plenty of access for people. During these times and how crowded it is people will have to behave and make sure they're following the regulations."

Fitzwilliams said he expects big crowds to continue during the pandemic. He pressed for Coloradans to respect other people and our public lands.

"People want something to do. Being outside and enjoying nature is a great way to rejuvenate your soul," Fitzwilliams said. "Hopefully people do it and do it responsibly."