The Rally Hotel offers uninterrupted views of the mountains, downtown and the Rockies' ballpark. 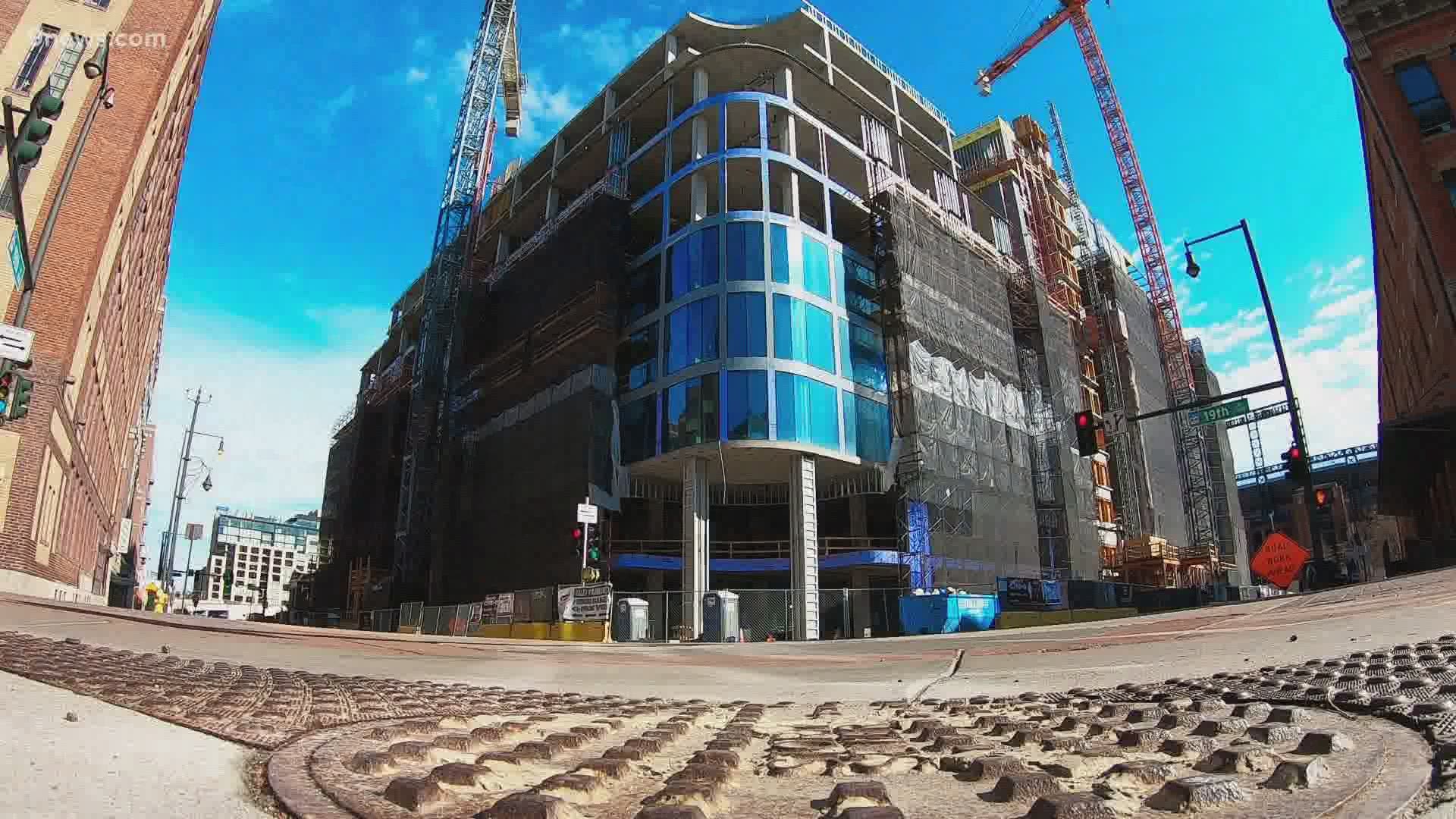 DENVER — The newest hotel in Denver is located just feet from home plate at Coors Field.

Crews are putting the finishing touches on The Rally Hotel in lower downtown Denver.

The hotel is part of the new McGregor Square development that features restaurants, shops, and a circular plaza. The plaza has a 110-foot LED screen that will show live sporting games and other entertainment.

Hotel guests can enjoy a dip in the pool or a sip from the bar while enjoying uninterrupted views of the mountains, Coors Field, and downtown Denver.

“With its location in the heart of Denver, The Rally Hotel is meant to be a community gathering place for guests and locals alike,” said Dick Monfort, a partner in the development team of McGregor Square.

“From the stunning rooftop views on the skybridge rooftop and pool deck, down to the multitude of restaurants spilling out into McGregor Square, our hotel is uniquely situated to be a destination for year-round excitement and fun.”

The Rally Hotel in LoDo

The hotel takes its name from an age-old baseball superstition – the rally cap – in which fans wear their caps backward or inside out to help spur their team to a come-from-behind victory.

The new high-rise complex spans a city block. The building's bricks are designed to blend in with the old neighborhood, but the architecture has a new modern look, including a top floor bridge between two connecting towers.

Starbucks and the Tattered Cover bookstore have signed on as McGregor Square tenants.

McGregor Square is named after the Colorado Rockies late president, Keli McGregor, who passed away in April of 2010.

RELATED: Rockies get permission to allow 21,000 fans at Coors Field