The Ludlow massacre is credited for legitimizing the eight-hour work day and prompting child labor laws. 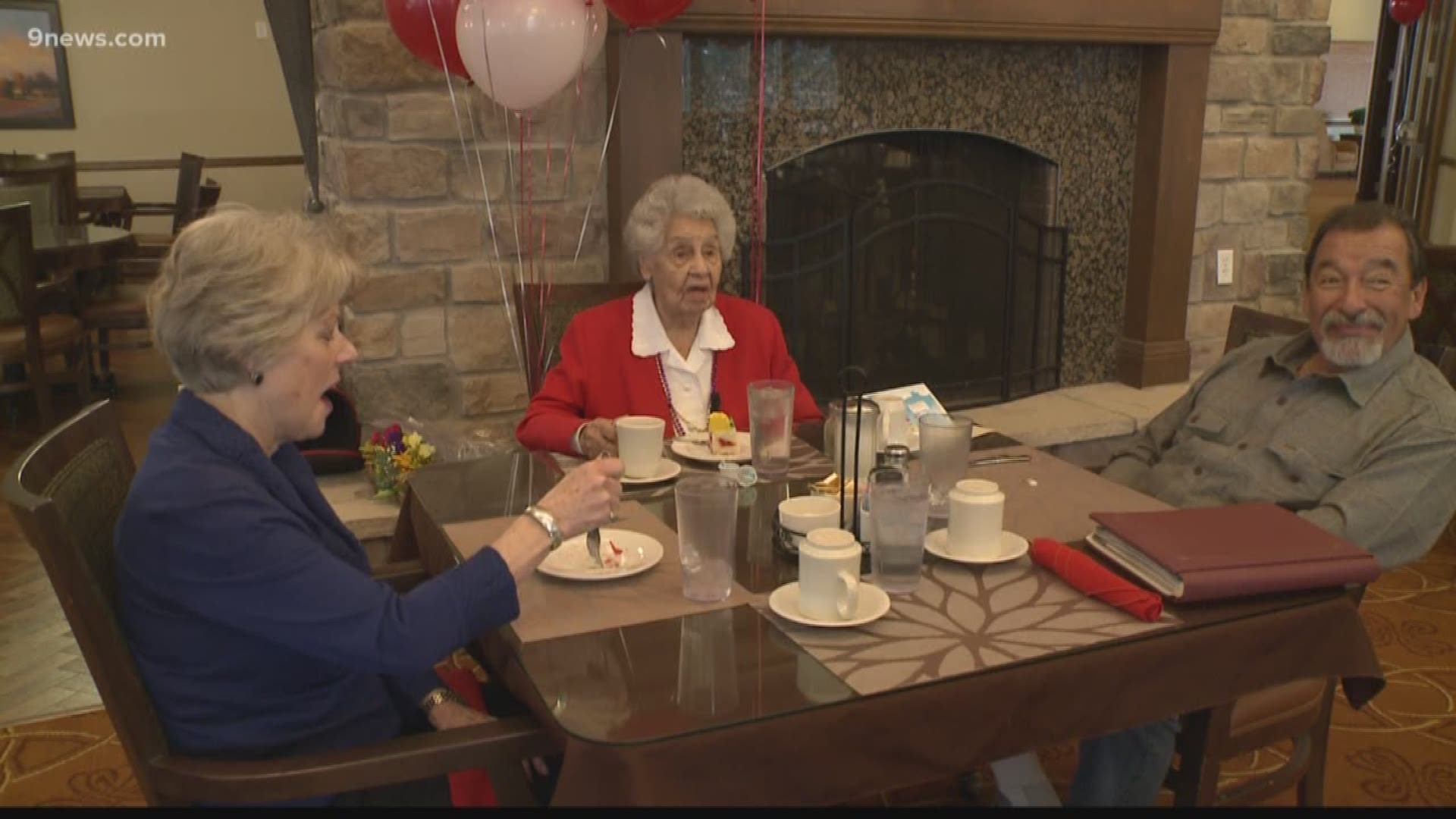 Labor Day is more than just a three-day weekend. It’s a celebration of workers’ rights in the United States, and the sacrifices made by people generations before us to make it easier and safer to make a living.

While Colorado was one of the first states to declare the first Monday in September a holiday (that happened in 1887), it’s what happened more than two decades later in a camp outside of Trinidad that cements the state’s place in the Labor movement.

Credit: Courtesy Denver Public Library Digital Archives
Interior view of a crumbling facade of a commercial building located in the ghost town of Ludlow, Las Animas County, Colo. The rough stone, single wall ruin is one of a number of similar buildings remaining at the site. In April 1914, Ludlow, Colo. was the location for one of the bloodiest episodes in American labor history known as the Ludlow Massacre.

What’s known as the Ludlow massacre is credited for legitimizing the eight-hour work day and prompting child labor laws.

This story is a part of our 9Neighborhoods series -- and in honor of Labor Day, we decided to do something a little bit different than our normal routine. Is there a Colorado community or piece of history you think we should cover next? Email webteam@9news.com.

Photos in the Denver Public Library Digital Archives paint a picture of the aftermath of the Ludlow massacre far better than words can.

Credit: Courtesy Denver Public Library Digital Archives
Coal miners, a boy, a teenager, and a young girl stand and eat slices of bread near the remnants of the tent colony destroyed in the Ludlow Massacre during the U.M.W. strike against C.F. & I. in Ludlow (Las Animas County), Colorado. Wood, pieces of canvas, boxes, metal tubs and rubble cover the ground. A suitcase is near the children. The men wear hats, some wear overcoats, the children wear hats and coats.

Scorched land and rubble was all that remained in a small tent colony known as Ludlow following a battle between the Colorado National Guard and coal miners who worked for John D. Rockefeller Jr.'s Colorado Fuel and Iron Company.

The conflict began with a strike that started in September 1913. At the time, coal was the biggest employer in Colorado, and at the height of the strike, 8,000 mine workers had walked off the job.

Their demands included a 10% pay raise, an enforced eight-hour workday (this was already on the books but often abused), and the elimination of what was known as company "scrip" to pay workers.

During the strike, Colorado Fuel and Iron Company hired what were known as "scabs" to work in lieu of the miners who had walked off the job -- leading to sometimes violent confrontations.

The company hired the Colorado National Guard to come and break up the strikes. The workers, who had been evicted from Colorado Fuel and Iron Company-owned housing, formed makeshift tent cities.

More than 1,200 of them lived in Ludlow, a community 15 miles north of Trinidad.

Credit: Courtesy Denver Public Library Digital Archives
Men, a girl, and a baby are at the UMW camp for coal miners on strike against CF&I in Ludlow, Las Animas County, Colorado, by canvas tents.

April 20, 1914 was the day after Easter. The mining families who lived in the Ludlow camp were resting after a day of celebrating when the Colorado National Guard showed up.

At the time, they were demanding the release of a man who they claimed was being held captive by the strikers.

Accounts differ about who fired the first shot, but what happened next was a battle that lasted throughout the day.

Credit: Courtesy Denver Public Library Digital Archives
Members of the Colorado National Guard, called in to suppress the UMW strike against CF&I, are on top of a full ore car with their guns drawn near Ludlow, Las Animas County, Colorado. Boxcars from the Colorado & Southern Railway and the Northern Pacific Railway are nearby.

A fire later broke out at the tent colony -- killing four women and 11 children who were hiding in a pit that had been buried underneath one of the tents.

Credit: Courtesy Denver Public Library Digital Archives
A man enters an underground shelter at the UMW camp for coal miners on strike against CF&I in Forbes, Las Animas County, Colorado, in which women and children died during a fire set by the Colorado National Guard.

All told, up to 25 people died during the massacre, which at the time was perceived by the American public as a wake-up call about how much leverage corporations had over the lives of citizens and government.

Woody Guthrie actually wrote about the Ludlow massacre. Among the lyrics:

We told the Colorado Governor to call the President,
Tell him to call off his National Guard,
But the National Guard belonged to the Governor,
So he didn't try so very hard.

Congress ultimately convened to discuss the events at Ludlow, and in 1915, the House Committee on Mines and Mining released a report that the Denver Public Library said was instrumental in the creation of child labor laws and the eight-hour workday.

Click through the gallery below for more historic photos of the Ludlow massacre and its aftermath.

Today, the ghost town of Ludlow is largely intact, with numerous cabins and even the pit where the women and children perished open to visit.

It is now under the care of the United Mine Workers of America, which has built a monument to the people who lost their lives during this sad era in American history.

To see the site, take Interstate 25 to exit 27 and follow road 44 west to the Ludlow Monument.