Spring is here, and so are bears, snakes and other wildlife

Temperatures are getting warmer, meaning bears are waking up from hibernation and snakes are emerging from their dens. 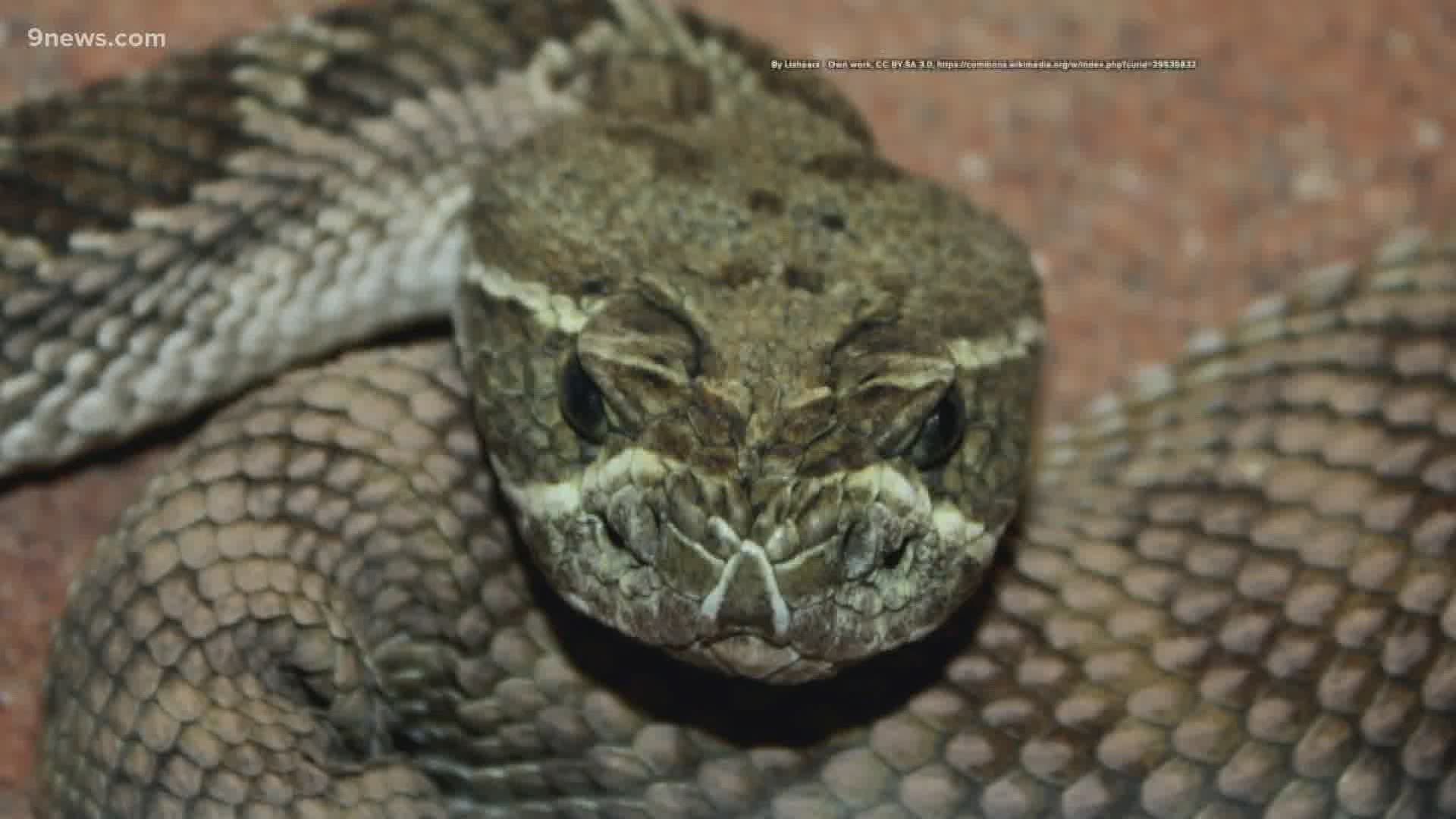 DENVER — Colorado's humans aren't the only ones emerging from the confines of their homes after the winter.

The arrival of spring also means the return of wildlife like bears, snakes and coyotes, and the potential for conflict with those pesky things we call humans.

Here's a rundown for how to prepare for spring and summer wildlife interactions.

Colorado's black bears typically wake up from their winter hibernation and mid-March, and are active until early November, when cooler temperatures remind them to go back to sleep.

"Bears are very smart, and have great memories," Colorado Parks and Wildlife (CPW) cautioned. "Once they find food, they come back for more."

The city of Boulder said it had its first black bear sighting in mid-March. Residents are asked to protect bears by keeping their trash containers locked (which is a city ordinance).

There was also a recent bear sighting in Douglas County, CPW tweeted, adding that people should secure their trash and put away bird feeders until after Thanksgiving.

Bears are becoming active across the state, like this one from northwest Douglas County. Please put away those birdfeeders until after Thanksgiving & secure your trash. That means not putting it out to the curb until the morning of collection.

What should you do if you see a bear? The National Park Service recommends talking calmly, making yourself look as large as possible, moving away slowly and sideways to maintain eye contact and hiking and traveling in groups.

Warmer weather means you might spot a rattlesnake lounging on your favorite Front Range trail.

A Jefferson County park ranger tweeted that a rattlesnake was spotted at North Table Mountain over the weekend.

CPW said rattlesnakes typically shelter in winter dens during the coldest months, but reemerge in April or early May.

During the spring and fall, cooler temperatures mean the snakes might bask in the sun on hard services like trails and roads for much of the day. Once the snakes get warm enough, they'll go on the prowl for food.

Rattlesnakes are most active from 50-80 degrees weather. If it's hotter than 80 degrees, they are probably taking shelter in shady areas.

RELATED: Rattlesnake season is here in Colorado; what you need to know

Snakes also don't go above 9,000 ft. If you're hiking in places with high elevations, you're most likely not going to come into contact with one.

If you see a rattlesnake, simply back off and give the animal an escape route. The snake senses your presence by body heat and movement.

To keep them away from your property, CPW recommends avoiding landscaping with large rocks, mowing weeds and vegetation, reducing the rodent population and sealing entrances to crawl spaces and basements.

There are coyotes in virtually every Front Range community, and we're currently at the tail end of mating season, which is when these animals are typically more aggressive and competitive.

Need another good reason to leash your #dog (other than #rattlesnakes)? How about this adult coyote @ North Table Mtn today? It is denning season; coyotes have heightened competitive urges. Off leash dogs are more vulnerable. Be safe, not sorry. @JeffcoOpenSpace pic.twitter.com/1cynIQXdfh

For what it's worth, CPW says Native Americans consider coyotes the smartest members of the animal kingdom, and these creatures have managed to flourish even as humans have encroached on their habitat. 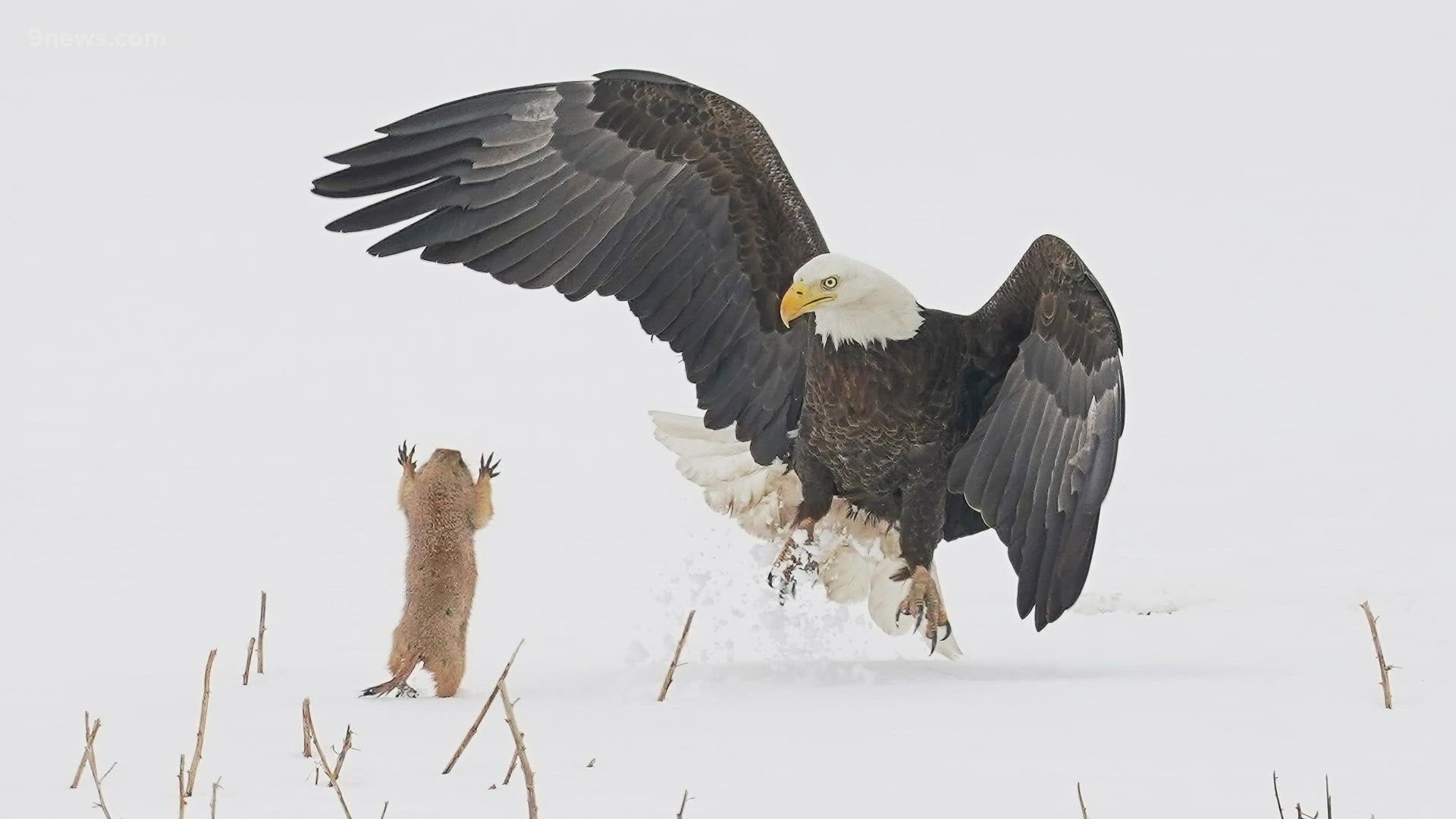