Cherry Creek State Park closed access to the beach after people packed the area on Monday. 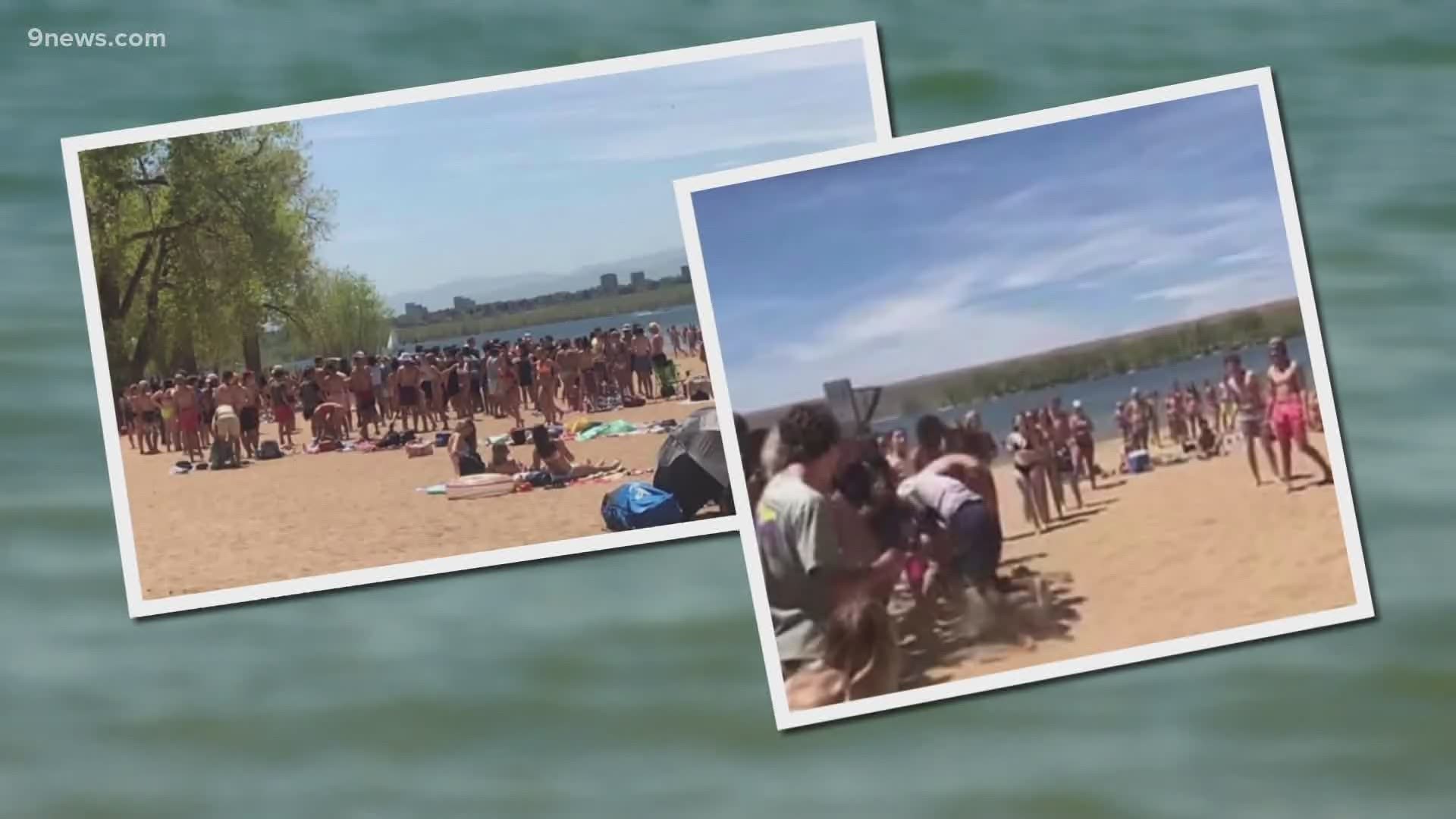 ARAPAHOE COUNTY, Colo. — Rangers weren't able to count the people, but it's safe to say the swim beach at Cherry Creek State Park was crowded on Monday.

“A lot of people took advantage of the really great weather [Monday] and took it upon themselves to really pack the swim beach," said Rebecca Ferrell, a spokesperson for Colorado Parks and Wildlife.

Pictures sent to 9NEWS show the beach filled with people who didn't seem to mind the lack of social distance.

Ferrell said Cherry Creek State Park and others are experiencing record visitation during the COVID-19 pandemic. CPW had hoped people would follow guidance about social distancing and didn't expect the number of people who congregated on the beach Monday.

“We probably did not anticipate to this level because again, we’ve asked people to follow those rules and it’s incumbent on all of right now to kind of do our part," Ferrell said.

On Monday, CPW told 9NEWS rangers were dealing with another issue at the park when the swim beach started to fill with people.

“It’s really hard to block access from a wide beach like that," Ferrell said. “We did have to call in a lot of our park staff to come help clear the beach.”

RELATED: If you have to drive to hike in Colorado, ‘you’re trying too hard’

The beach was cleared and promptly closed.

“Right now, I would say our swim beaches are probably closed until further notice," Ferrell said.

There are 14 swim beaches across 41 state parks. Memorial Day weekend is typically when state parks begin to allow swimming. This summer, it will be different.

"Parks are keeping the swim beaches closed along with the group picnic, playground and camping closures that went into effect in March," Ferrell said.

Rangers at Cherry Creek State Park are doing what they can to deal with the record number of visitors.

"We have reduced some parking in areas around the park," Ferrell said. "We’re stopping people from coming in. We’re limiting the number of new cars coming in.”

People are still welcome to the parks, but beach days will have to wait.