There are thousands of bodies under this popular Denver park from its time as a city cemetery. 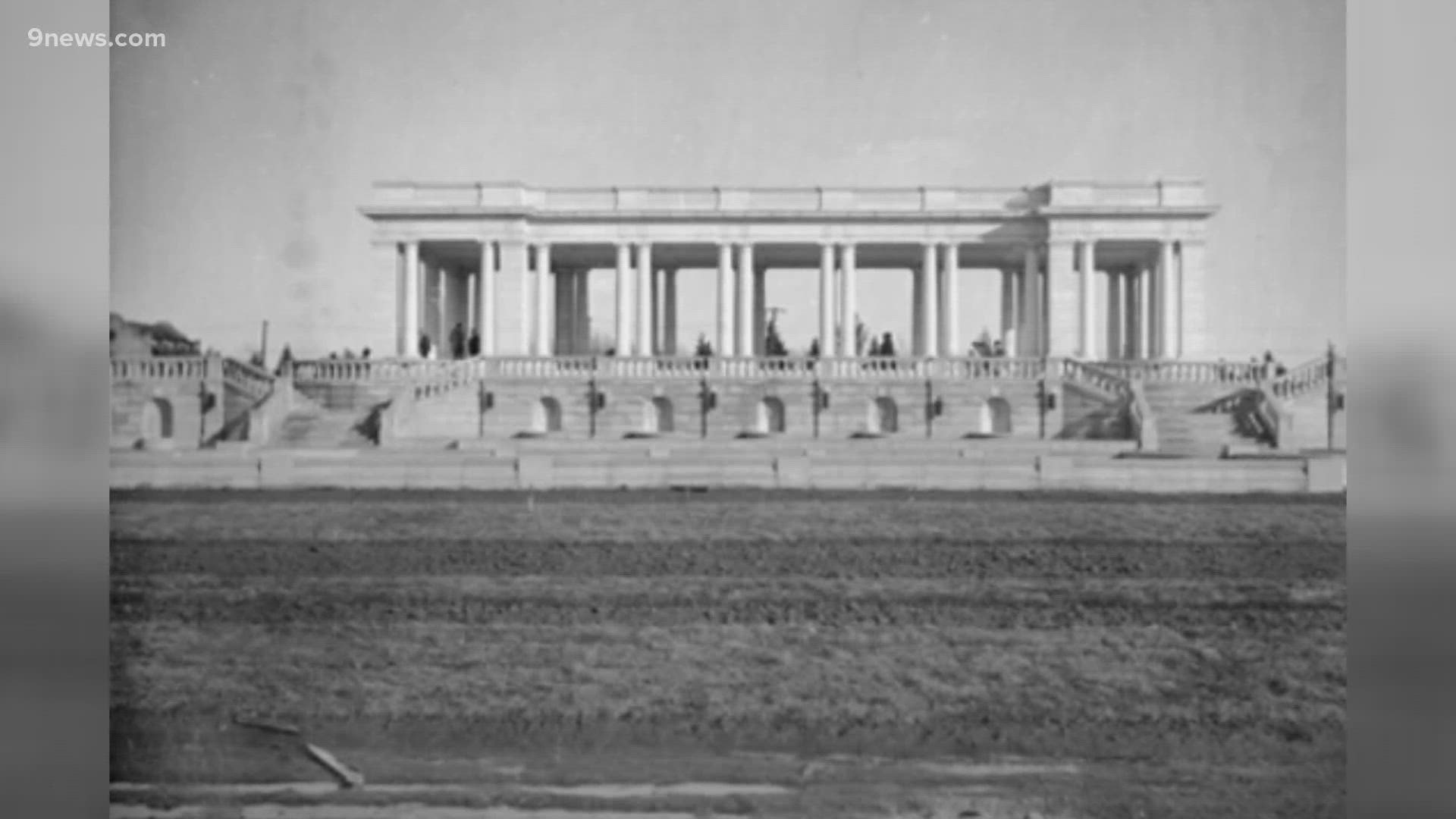 DENVER — With charming, tree-lined streets, well-kept bungalows and lavish brick mansions, as well as eclectic local businesses, it's no surprise Cheesman Park is one of the most desirable neighborhoods in Denver.

Besides being named one of the hottest neighborhoods in Denver for 2016 by real estate site Redfin, the neighborhood is considered very bicycle-friendly, coming in as the No. 3 most bikeable Denver neighborhood in a May 2015 report from Walk Score.

Much of the neighborhood is taken up by the 80.7-acre Cheesman Park itself, named for Denver businessman Walter Scott Cheesman.

On weekends and warm evenings the shady paths are crowded with joggers, dog-walkers and cyclists while picnic blankets, volleyball nets and yoga mats dot the expansive lawns. The park is also an unofficial LGBTQ gathering area as it hosts some of the city’s biggest advocacy events: it’s the starting point of the annual Pride Parade and home to the AIDS Walk Colorado.

But the park hasn’t always been so lively.

This story is part of our weekly #9Neighborhoods series, featuring what makes different town and neighborhoods around Colorado unique. Join us Friday afternoon on Instagram for a photo tour of Cheesman Park.

The bodies buried under Cheesman Park

In 1859, the Mount Prospect Cemetery opened on 160-acres of land in the brand-new city of Denver.

At the time, cemeteries were similar to today’s parks; they were where people would go on walks or have weekend picnics. The land that was chosen for the cemetery was, therefore, some of the most desirable open space in the area. It was founded on the highest point in the vicinity with sweeping views of the land around it.

Mount Prospect was busy for years, but as new cemeteries were built closer into town, it became a less practical burial place. By the 1880s, it had become run down and the city wanted to turn it into a park.

Because of a provision with the land sale, Congress had to approve of the transition, which they did on January 25, 1890.

Now, they needed to move the more than 5,000 bodies that were buried there.

The city first offered the families of those who were buried there a free plot at another graveyard. After several years, only about 700 bodies had been moved.

To move the rest, the city hired an undertaker named E.P. McGovern.

McGovern’s contract was for $1.90 per coffin, so he came up with a sinister plot to make more money.

McGovern is infamously known for dismembering bodies and then splitting up body parts into different coffins.

Soon, there were body parts and discarded coffin pieces strewn about the park. The city knew they had to do something.

McGovern was pulled off the job after he had removed about 1,000 of the remaining bodies.

Instead of hiring someone else to finish the job properly, the city simply pulled out the remaining headstones.

It’s estimated there are around 3,000 bodies left buried under Cheesman Park.

Slowly, the graves were mostly forgotten about and construction on a park began.

The modern layout of Cheesman Park only encompasses a portion of the land that was part of the original cemetery.

It's estimated there are around 3,000 bodies left buried under Cheesman Park from its time as a cemetery.

Just south of Mount Prospect, a “pest house,” or hospital for those with extremely contagious and terminal diseases like smallpox, was heavily used during the time the cemetery was active. Thousands of people were brought there and left to die.

The area of the pest house is now a street lined with pristine homes.

The Denver Botanic Gardens is also on land that was once part of the Catholic portion of the cemetery. Hebrew burial grounds and the Chinese cemetery were redeveloped into portions of today’s Congress Park. The rest was built over and is now residential.

Bones are still found regularly at both Cheesman Park and the Denver Botanic Gardens during construction projects. The most recent was in 2010 during irrigation work at the park when workers uncovered four skeletons near the park’s pavilion.

Due to the area’s creepy past, it’s commonly recognized as one of the most haunted places in the state.

Ghostly encounters are reported in the park and at several of the surrounding homes. In fact, the horror film The Changeling was inspired by the paranormal activity the writer experienced while living in a mansion in Cheesman Park.

There are several ghost tours dedicated to telling the stories of the area’s hauntings.

The Denver Botanic Gardens also has a Ghosts in the Gardens tour that takes visitors around the grounds and inside some of the buildings that are known for being haunted. Find dates and buy tickets: https://bit.ly/2yBS4gQ.

There are several other companies throughout the city that offer ghost tours that also include Cheesman Park and surrounding areas, like Denver Free Walking Tours, the Denver Architecture Foundation, and others.

Check out the other towns and neighborhoods we have featured: 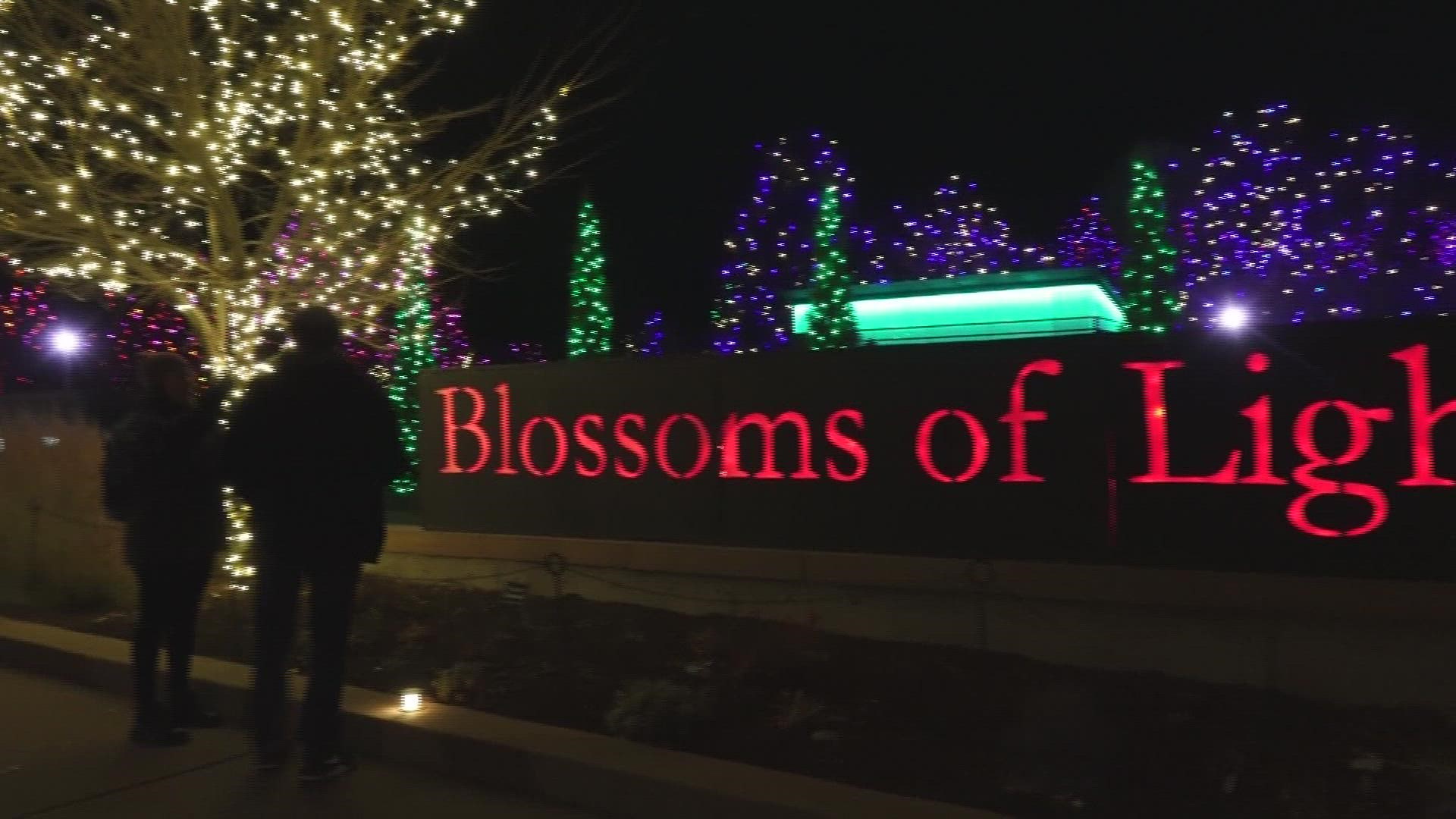