This relatively new Colorado city contains one of the most sought-after zip codes in the U.S.

Centennial wasn't even a city until 2000. Now, it's home to the state's only Ikea, the Streets of Southglenn and some of the most sought-after neighborhoods. 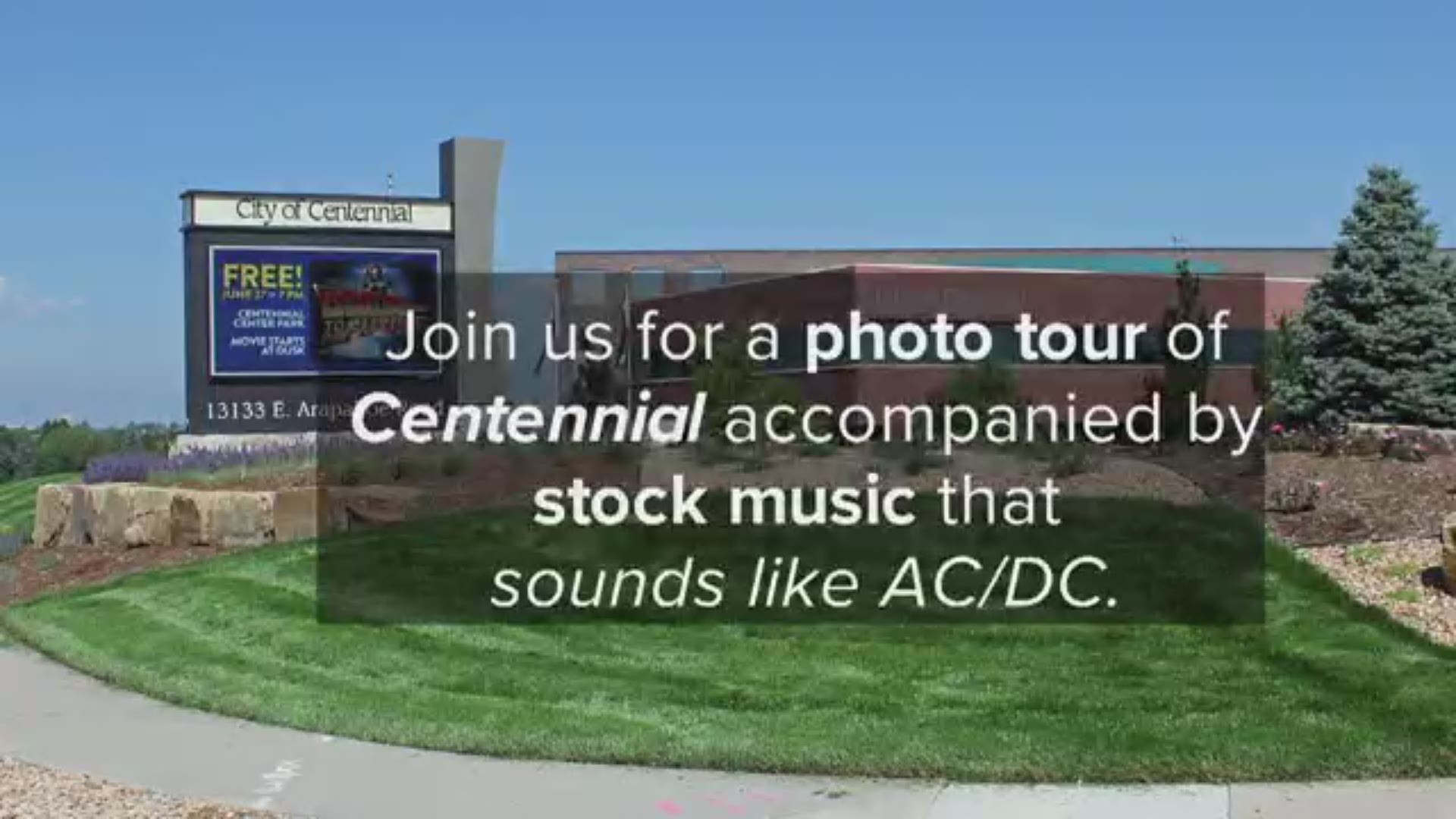 CENTENNIAL, Colo. — There are many Colorado cities with iconic landmarks. Denver has the cash register building. Fort Collins has the big “A” on the foothills. Lakewood has Casa Bonita’s majestic pink spire.

For Centennial, one could argue its landmark is the 92-foot-tall blue and yellow Ikea sign that looms over Interstate 25, a beacon guiding shoppers around the state to the economical Swedish furniture store and its surprisingly good meatballs.

Credit: Allison Sylte, KUSA
The large Ikea sign that's now something of a landmark in Centennial.

The Ikea is a relatively new addition to one of Colorado’s newest cities, which not too long ago was simply known as “unincorporated Arapahoe County” (which doesn’t quite roll off the tongue). Today, Centennial has more than 100,000 residents and is Colorado’s 10th largest city, with boundaries that stretch as far as Littleton and extend to E-470 near Foxfield to the east.

It’s also been recognized as one of the state’s safest and most livable by numerous national websites and, according to USA Today, also has the distinction of being home to one of the country’s best splash pads.

Maybe this is why the city's 80122 zip code has been named one of the most sought-after in the U.S. 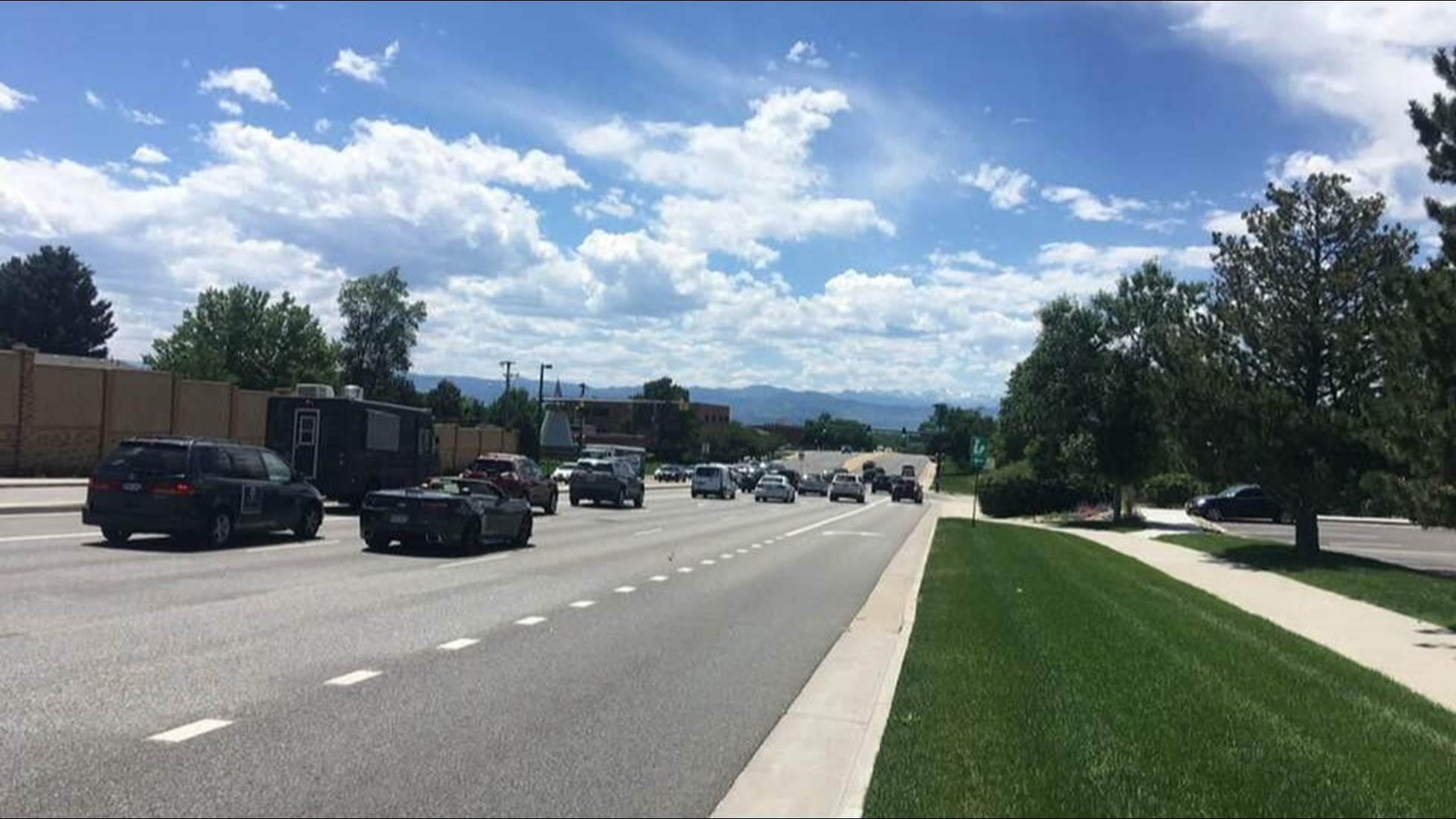 Read on to learn more about the history of Centennial. This story is part of our weekly #9Neighborhoods series. Join us at noon on the 9NEWS Instagram for a photo tour of Centennial. Have a neighborhood you think we should check out next? Email webteam@9news.com.

Like most good stories, this one starts in a pancake house

It was the summer of 1998, when everyone called it “unincorporated Arapahoe County,” “Littleton” or “Englewood” and it didn’t occur to anyone to mind. That was before the Southglenn Mall was demolished, before the hipsters came to RiNo, and the state of Colorado thought it would never meet anyone as great as Blinky the Clown.

That was the summer Randy Pye, John Brackney, Brian Vogt, Ed Bosier and Pete Ross went to a pancake house.

Ok, this lede was loosely based on a late-1990s version of the opening lines of “Dirty Dancing,” but it’s all true. And that pancake house meeting is what ultimately led to the idea for the city of Centennial.

The aim behind it? Taxes. Since the land now occupied by Centennial was unincorporated, it was at risk of being annexed by nearby Greenwood Village to bolster its tax base. So, this group of “founding fathers” started a volunteer organization known as Arapahoe Citizens of Self-Determination that filed a petition in district court that October asking for a special election to let the people decide whether the city of Centennial should be formed.

Initially, the court found the petition invalid, but six hours after distributing a corrected version of what became known as the “Centennial Petition,” the volunteers got the more than 2,500 signatures they needed.

The state needed to help too. Ultimately, the Colorado legislature passed a bill that established a priority for forming large cities over smaller competing annexations. Next, the Colorado Supreme Court ruled that an election should take place allowing Centennial’s future citizens to decide whether it should exist.

Finally, Centennial’s residents voted to approve a home-rule charter on June 10, 2008 – allowing the local government to have control over things like sales tax and audit.

Today, Centennial’s government is on Arapahoe Road east of I-25. Pye was the city’s first mayor, and the post is now held by longtime resident Stephanie Piko.

A beacon for business (and a surprising amount of green space)

Credit: Allison Sylte, KUSA
The front of the Ikea in Centennial, Colorado.

Let’s get back to the Ikea. Even though trips here with your significant other to debate the merits of the Vejmon vs. the Lunnarp side tables might seem as old as time, this giant store actually opened in 2011 … and not without a little bit of controversy.

It starts with that giant, 575-square-foot blue sign that’s aimed at attracting I-25 travelers for miles. At the time, Lone Tree’s mayor Jim Gunning joked to residents it would be visible to people “living in the very western part of Kansas,” according to a 2011 article in the local newspaper the Centennial Citizen.

And in fact, the sign was so huge it spawned a Facebook group devoted to reducing its size (that’s according to the same story … which also noted only eight people were actually involved in the movement).

With that being said, Centennial’s officials considered the sign to be more green than blue. Then-mayor Cathy Noon estimated Ikea would bring $2 million in new tax revenue to the city, which agreed to split some of the sales tax with the company and reimburse it for infrastructure improvements.

And of 2019, the bet paid off: Ikea is the city’s biggest sales tax producer, according to its website.

Credit: Allison Sylte, KUSA
The Streets of Southglenn is an outdoor shopping center on the land once occupied by the Southglenn Mall.

This isn’t the only big business that calls Centennial home, either. Arrow Electronics and United Launch Alliance are both headquartered near the Ikea off Dry Creek Road, and the once defunct Southglenn Mall off University Boulevard and Arapahoe Road is now a busy outdoor shopping center with everything from an ice skating rink to a movie theater (it's called the Streets of Southglenn).

Don’t think that Centennial is just a giant strip mall, though.

For a suburban city, it has quite a bit of green space, thanks in part to the Big Dry Creek and Highline Canal Trails, which winds through Cherry Knolls and deKoevend Park and connects to a larger trail system.

Further east, the 11-acre Centennial Center Park has gotten quite a few accolades since it opened in 2012. It includes an amphitheater; splash pad recognized by USA Today as one of the best in the country; and a huge playground that was recognized by both I’mFromDenver.com and 5280 magazine.

So, you want to move to Centennial ...

For a while, Centennial’s 80122 zip code was one of the most sought-after to buy a home in the U.S.

Part of that stems from the fact the city is home to both starter houses for young families as well as more affluent communities. The city also happens to be considered one of the safest in country, according to rankings from SafeHome.com and CQ Press.

Over the years, Centennial’s gotten accolades for everything from its friendliness to veterans to being one of the best cities to raise a family.

This has bolstered the area’s popularity, but comes with a price.

According to real estate website Trulia.com, Centennial’s median home prices have increased $15,000 in the past year, with a median sales price of $457,000.

Rent, meanwhile, runs for a median price of $2,347 – though the median rent for a one-bedroom is $900, meaning it’s quite a bit lower than places closer to downtown Denver.