The story behind the massive American flag flying over US 6

It's not one, but several flags that rotate, and one of them is the largest flag to fly in Colorado. 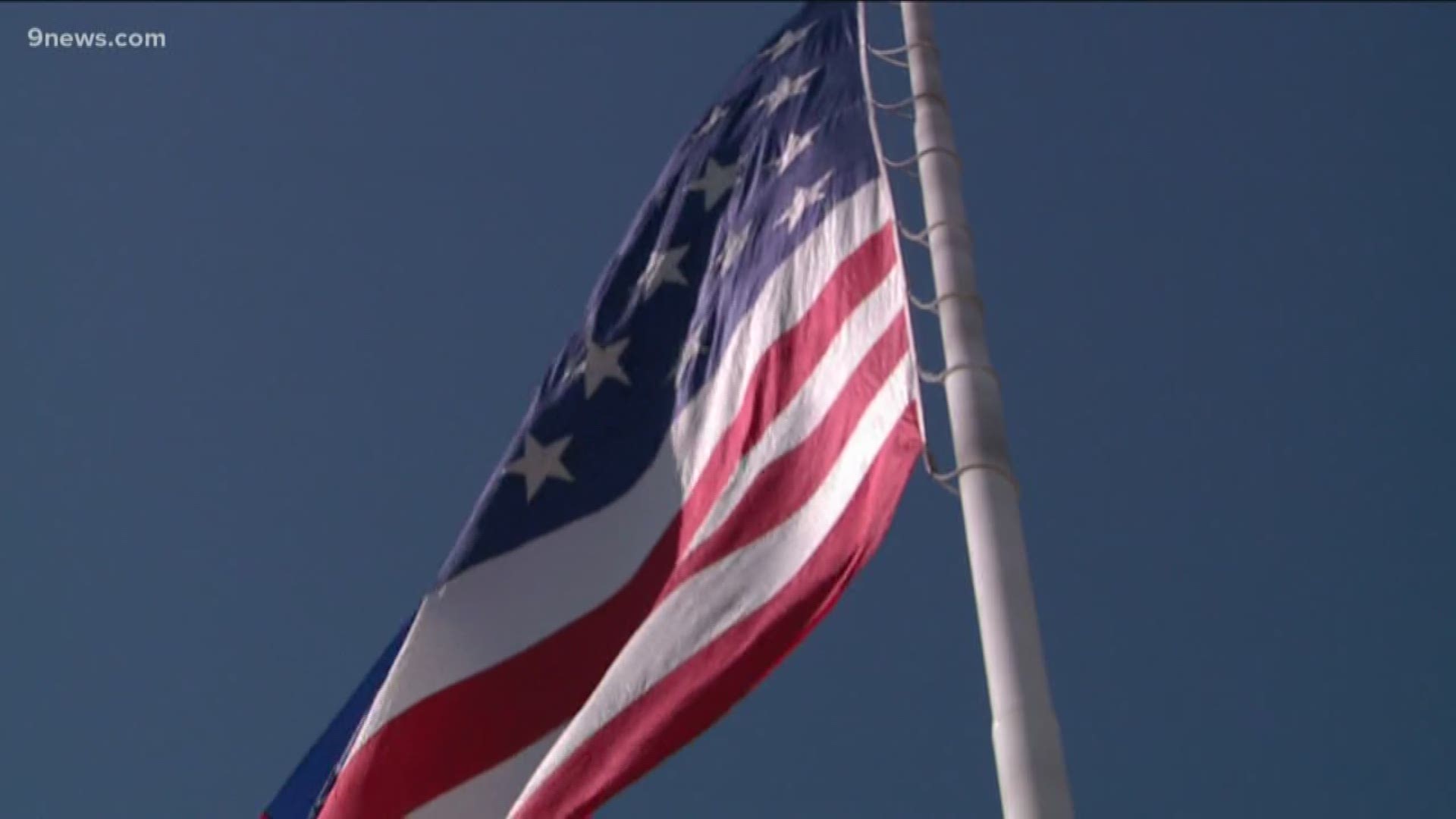 DENVER — Driving into or out of Denver on US 6, it’s almost impossible to miss: a massive American flag graces the foreground of the Rockies or the Denver skyline.

It’s been flying over the highway for nearly four 1/2 years.

What commuters and weary travelers may not know is that the American Flag recognized by so many is, in fact, one of many.

Three flags rotate through the 154-foot-tall pole. Brad Apple owns them all.

It’s the largest American flag to fly in the state of Colorado.

“Most buildings are about 10 feet per floor, so it’s very close to about a four-story building,” he said.

That’s twice as tall as the office building it flies in front of.

“We dedicated this flag and flag pole to the men and women in our Armed Forces that have and continue to serve our great nation, the United States of America. God Bless America,” Apple read.

RELATED: Next Question: What's the story behind the Denver flag?

Since that day, the Apples have spent countless hours and thousands of dollars caring for their flags.

“We have to repair them...about once a month," Apple said. "Every three weeks to a month, we’re taking it down to get it in and re-stitched."

Each repair costs between $100 to $140. When a flag can no longer be fixed, the Apples pay for a replacement.

Apple said they go through about three flags a year.

Apple said it's a labor of love that's worth the cost.

“There’s a good expense or devotion to getting it done or having this up but it’s for a very, very good cause,” he said.

Its purpose is to honor America’s heroes, one of whom belongs to Apple’s own family.

“My dad was a turret gunner in a B24 bomber in World War II," Apple said. "So, I do have a lot of respect for the military."

Conversely, veterans and the community as a whole have a lot of respect for Apple and his mission.

“We get calls, two or three, a month just appreciating this thing being up,” he said.

Despite the cost and labor-intensive maintenance, Apple said the flag will continue to fly over the interstate long after he and his wife are gone.

“Oh you bet. We’ll have someone in here," Apple said. "This will be up here for many, many years."