The grande dame of Aspen’s cultural institutions is starting to show her age and beginning to crack, so the Wheeler Opera House is getting an overdue facelift. 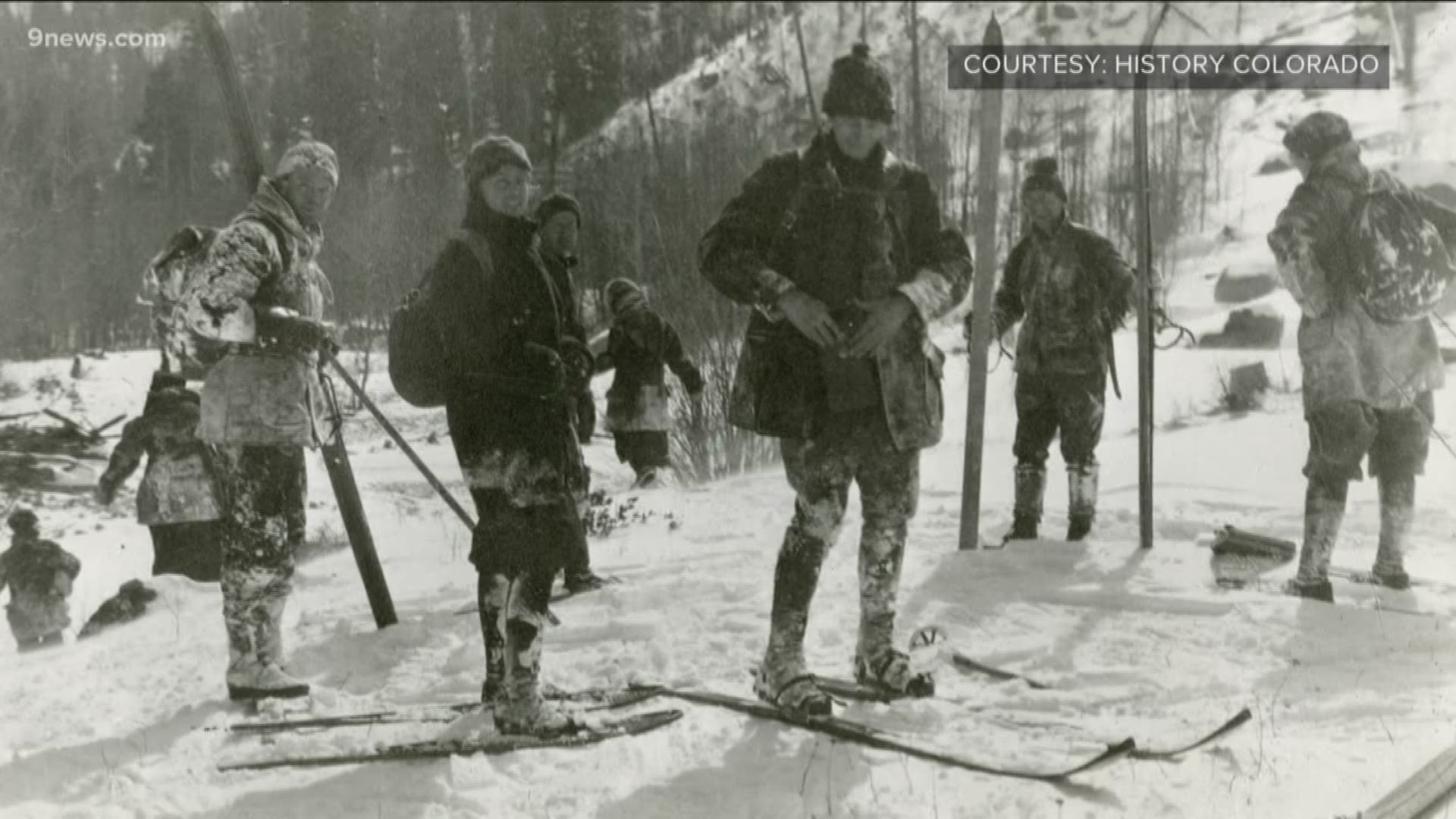 ASPEN, Colo. — The grande dame of Aspen’s cultural institutions is starting to show her age and beginning to crack, so a multi-million dollar, meticulous and unprecedented restoration project continues to give the Wheeler Opera House an overdue face lift.

The 132-year-old building made of peach blow sandstone quarried in the 1880s in the Frying Pan Valley has been wrapped in scaffolding since last summer.

On each of the six levels of the scaffolding that reaches 60 feet high, there are one or two craftsmen under a tarp using saws to cut out all of the grout between pieces of stone and replacing it with new mortar using hand tools.

Simultaneously, they slide out the old stone and slide in new pieces, which weigh up to 200 pounds. The larger replacement pieces, weighing as much as 1,900 pounds, will be hoisted by a lift after the scaffolding comes down in the next couple of months.

“We have 80 tons and we’ll be picking up more,” said Mike Schultheis, general superintendent of Summit Sealants and Restoration, who is overseeing the project.

He located the original profile of the building on the southeast corner on the second level, and that bullnose trim is what will be mimicked as Summit procures stone from a quarry in Wyoming.

The stone is cut into pieces according to Summit’s specification based on what they see up close on the exterior of the building.

Some of the stones are 3 inches thick and others are 1 foot thick, Schultheis said last week during a tour through the web of scaffolding.

“Every time you take a stone out you don’t know what you are going to find, so then you have to problem-solve, figure things out and just keep working away like that,” he said. “There was a 225-pound stone that was 21 inches thick and on the other side it was 7 inches thick.”

Only stones that are damaged will be replaced, but the entire building will be reappointed in between the rock.

That work is nearly 70% done. The stone replacement is only 10% complete, with about 30 pieces replaced on the east side of the building.

Pealing back the layers

All of the window arches have been stripped and restored to their original form, as they’ve been painted over throughout the years, which has caused some damage, said Rob Schober, project manager in the city of Aspen’s asset management department.

There have been many alterations to the building over the years, and Summit Sealants will work to reverse those as part of its restoration.

Schober pointed to a section of the stone near a window on the second level that had been painted brown. All of those areas will get the paint stripped off and will be restored to their original state. Sections of trim will be painted green, which was the original color on the building.

Schultheis noted that next to the original bullnose profile of the building, it is noticeable how pieces of stone came off.

“This is a guess but the evidence I see is somebody came with a chisel and a hammer years ago and knocked off the face so the stone wouldn’t be falling on top of people,” he said.

The project is just as much about reversing previous work as it is to repair and replace porous stone that captures water, and has gone through years of freeze and thaw cycles.

“It’s been repaired and patched piecemeal with different colors and materials,” Schultheis said. “We are putting it back the way it’s supposed to be.”

The cornice atop the building and the east side have taken the biggest beating in terms of weather and exposure. The highest points of the opera house where the arches are located will be the most intricate work, Schultheis and Schober noted.

He said Summit crews will investigate how the opera house was built by removing section of stones.

It is one of two buildings named after early developer Jerome B. Wheeler, who later went bankrupt and the city acquired it due to a tax default.

At the time it was built, the closest performing arts and cultural facility was in Denver.

“When it opened its doors on April 24, 1889, the building symbolized prestige, progress and culture for the citizens of Aspen,” wrote modernist architect Harry Weese in a master plan for restoration and renovation of the building in 1979. “Indications of its future prominent position in the city’s civic and social life were apparent even before the building was finished. Journalists said ‘it will be an ornament to the city.’”

And while it suffered two fires in 1912 and fell into disrepair a few decades later, it has served as Aspen’s crown jewel and premiere performing arts space since the town’s revival in the late 1940s.

But it’s been dark for over a year since the COVID-19 pandemic hit Aspen in March 2020.

City officials agreed to accelerate the $2 million restoration project, which was planned in phases over several years, while the opera house remains empty.
Schober said the scaffolding on the east side of the building, facing Mill Street, is scheduled to come down by the end of May.

That side has seen significant wear and tear as well, and had become a life safety issue as pieces of stone were loose and had the potential of falling on people walking on the sidewalk below.

The south side, facing Hyman Avenue where the entrance to the opera house is located, will have scaffolding surrounding it until the fall.
When the Wheeler reopens, possibly by May, the project will not hinder operations, Schober said.

Once the scaffolding is removed, the large pieces of stone will be set in place. That’s 19 on the east side and 10 on the south portion of the building.

Summit has done historic restoration throughout the intermountain west on iconic structures like cathedrals, mausoleums and train depots and is the preferred contractor for the Colorado Historical Society.

But even with their expertise, the project’s scope is no guarantee given the complexity and age of the historically designated building.

“There’s still a lot of risk because every time he pulls a stone we don’t know,” said Schober. “There’s still a considerable amount of risk for both schedule and budget and it won’t change until we’re done.”