Curvy, tree-lined roads, stately homes and the quaint Bonnie Brae shopping district. People have wanted to live in Belcaro since its inception in the the 1930s and 40s. 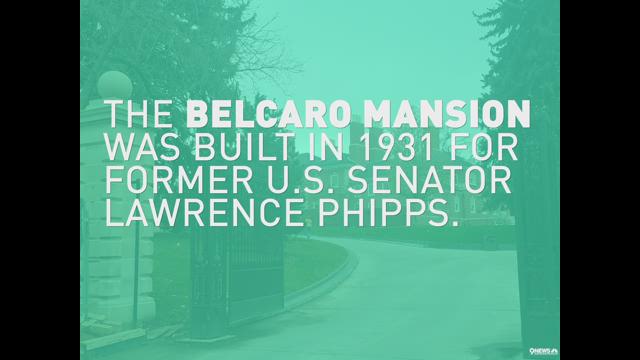 Just south of the well-to-do Cherry Creek neighborhood is one of the most sought-after in metro Denver: Belcaro.

It is also perhaps best known for the Bonnie Brae subdivision that makes up the southwest portion of the neighborhood and has a small stretch of locally-loved boutiques, cafes and restaurants.

1 / 19
In the 1920s prominent Denver businessman George W. Olinger was buying land to create a neighborhood. He wanted it to be modeled after a subdivision he had seen and liked in Kansas City named Bonnie Brae, which means &ldquo;pleasant hill&rdquo; in Gaelic.

Join us Friday afternoon on Instagram for a photo tour of the neighborhood.

The homes in Belcaro are stately and expensive. They feature a wide range of architectural styles, such as Tudors, brick ranches, custom mansions and more. They also carry a median home price of $1.1-million for all-size properties, according to Trulia.com.

A home in the Belcaro neighborhood

Belcaro is also among the highest in Denver for rental rates, averaging $1,750 or more, according to rental site Zumper.

Many of those homes are also a short distance to the Cherry Creek shopping district that includes boutiques, spas and restaurants and bars.

The history of the neighborhood

In the 1920s, land that had once belonged to the Kansas Pacific Railroad Company was slowly being purchased by one of Denver’s most prominent businessmen.

George W. Olinger had established a land development company and was acquiring land where he could design a new neighborhood. He wanted it to be modeled after a subdivision he had seen and liked in Kansas City named Bonnie Brae, which means “pleasant hill” in Gaelic.

Olinger hired a noted landscape architect in 1923 and the pair began planning the layout of Denver’s own Bonnie Brae. Instead of following the grid system used in most of the city, they decided to let the streets follow the land’s natural topography in an effort to capture the atmosphere of a peaceful Scottish village.

Stone pillars were built at the entrance to the neighborhood and the first homes were built in 1923 and 1924.

But by 1928, Olinger’s company had declared bankruptcy and construction slowed.

While Bonnie Brae was in a lull, former U.S. Senator Lawrence Phipps left the senate and was looking for a place to retire. He chose to build a mansion in the open land just west of the neighborhood.

Between 1931 and 1933 his grand Georgian-style mansion, called Belcaro, was built. The 27,000-square foot space had 54 rooms and cost a total of $310,000 to complete. It also included a tennis pavilion, possibly the first indoor tennis facility west of the Mississippi River.

Take a look inside the historic Belcaro mansion

Things would turn back around for Bonnie Brae in 1936 when the park at the center of the original plan was finally constructed. Homes were built around it and Bonnie Brae became the oasis it was always designed to be.

Around the same time, the Belcaro Park neighborhood was also created around the Belcaro mansion. With the spruce and elm-tree lined streets and large lots, it was highly-desirable immediately. Property values were expensive then and have only continued to increase.

A street in the Belcaro neighborhood

As new homes were built, businesses began springing up along University Boulevard. One of the first was the Bonnie Brae Tavern, opened in June 1934, just seven months after Prohibition was repealed.

Shopping and dining in Belcaro

Just across University are plenty of other shopping and dining options, like Ink! Coffee, Grillin' Wings & Things, and Hydrate IV Bar, part of a growing trend of intravenous hydration bars where patrons can get hooked up to IVs to replenish their fluids without seeing a doctor.

And Great Harvest Bread Co. of Denver (765 S. Colorado Blvd.) affords some pretty tempting smells — and has the whole-grain breads and muffins to match.