Coloradan's whiskey collection with over 3,900 bottles heads to auction

"The Perfect Collection" is the most significant to ever go on public sale. 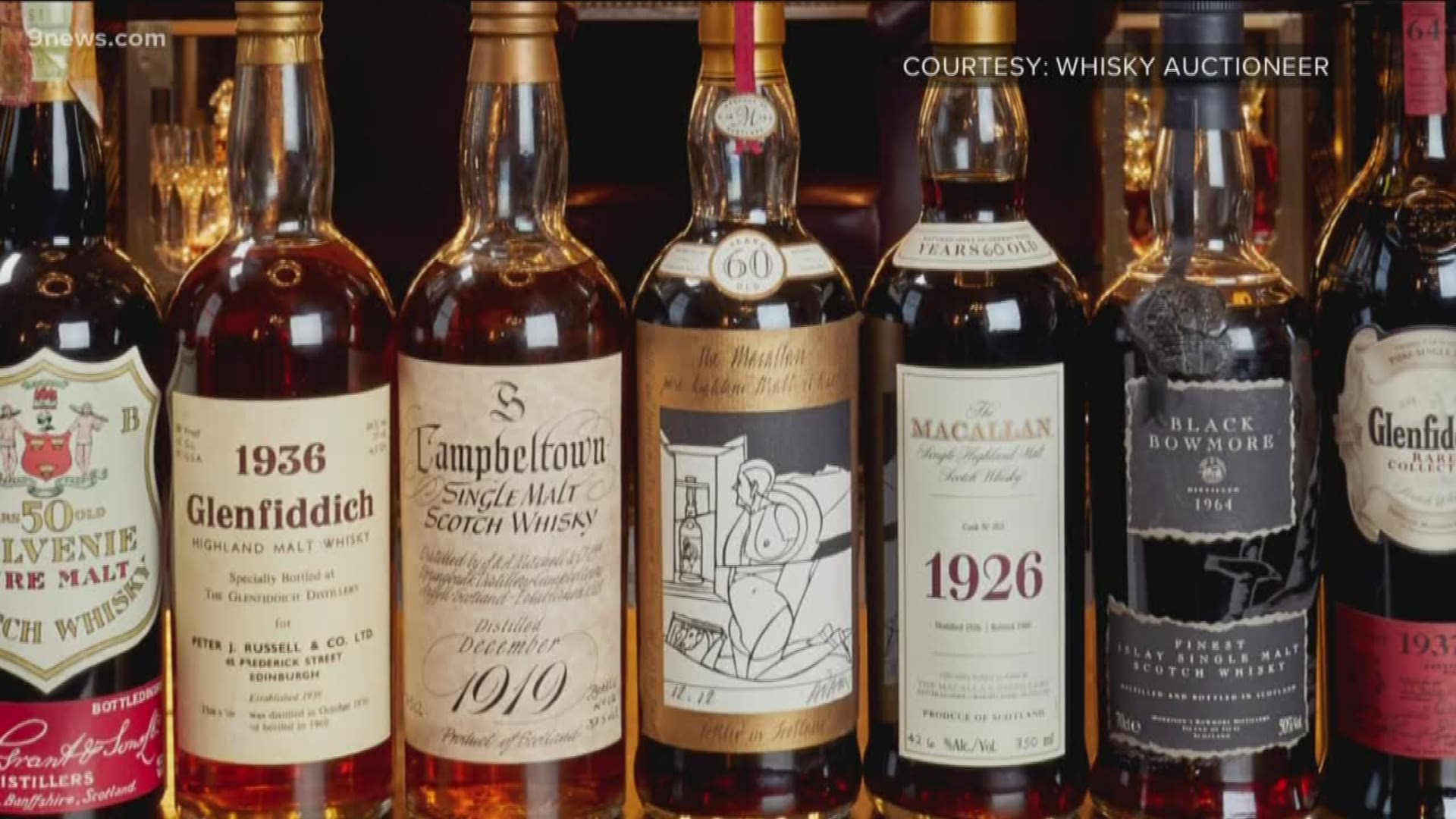 DENVER — The largest and most significant private collection of whiskey ever to go to public auction has been unveiled.

Scotland-based online whiskey auction specialists Whiskey Auctioneer will lead the sale of the private collection built by the late Richard Gooding of Colorado.

Described as "The Perfect Collection" with over 3,900 bottles, the whiskey collection is the most significant to ever go on public sale by value and volume, according to Whisky Auctioneer.

The collection, which features primarily single malt Scotch whiskey, will be sold at auction in 2020.

Gooding spent decades creating The Perfect Collection by traveling regularly to Scotland in search of special bottles at auctions and distilleries.

The collection features a number of bottles from some of Scotland’s lost distilleries, including Old Orkney from Stromness Distillery and Dallas Dhu, some of which have never been seen before at auction.

“It was clear to us as a family that collecting Scotch was one of Richard’s greatest passions – an endeavour that spanned over two decades," said Nancy Gooding, Richard's widow. "He loved every aspect of it; from researching the many single malt distilleries to visiting them and tasting their whiskies."

Before heading to auction, the Collection had been housed in Gooding’s 'Pub,' a dedicated room located in his Colorado home that was specially designed to showcase each one of his whiskies, according to Whiskey Auctioneer.

“This library of whiskies is filled with very special bottles, each of which has been researched and meticulously examined for condition and authenticity," said Iain McClune, Founder of Whiskey Auctioneer. "Amongst the over 3,900 bottles is the largest collection of The Macallan ever to go to auction, including the limited opportunity to acquire the 1926 Valerio Adami and 1926 Fine & Rare 60 Year Old bottlings."

"The Perfect Collection by Mr Richard Gooding" will go live on Whisky Auctioneer in two separate auctions in February and April 2020.