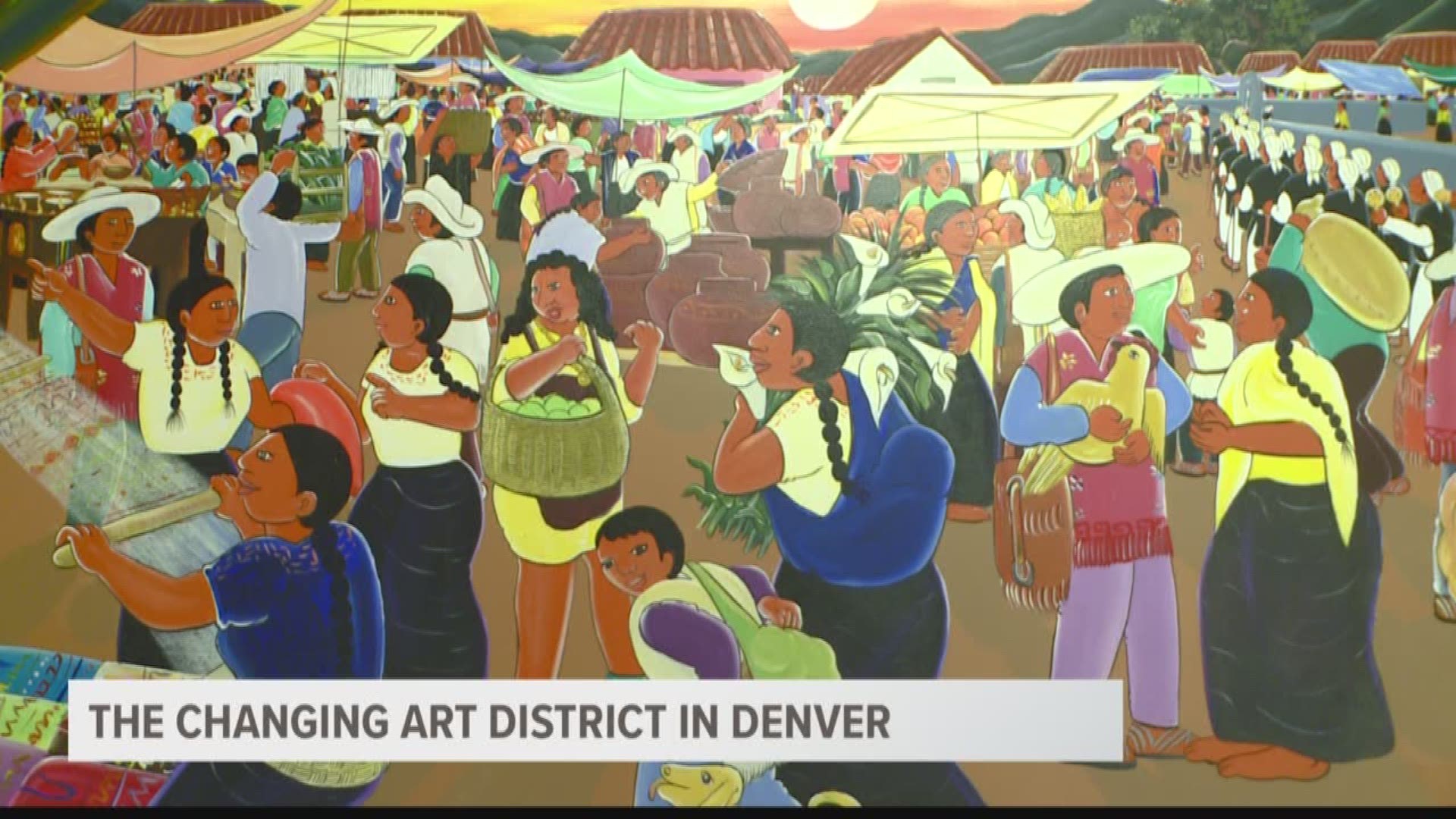 Some founders of the Chicano Humanities and Arts Council say they're part of the reason Santa Fe became an art district in the first place.

The executive director of CHAC says they're being forced out of a place they helped create, and they're blaming gentrification.

CHAC was founded with the intention of preserving Chicano history through art and expanded in the 1970s to include art from artists of other countries as well.

Stevon Lucero, an artist who's been with CHAC for about three decades says the council stirred the pot and got things started. He said it was created out of necessity.

"Galleries didn't take Chicano artists seriously. They didn't allow us in," Lucero said. "You came in to show your work - they thought you were looking for janitor jobs."

"We stirred the pot. We got things started. It wasn't an art district at that point, " said Stevon Lucero.

Lucero, is an artist and has been with CHAC for around three decades. He said the gallery was created out of a particular need.

"Galleries didn't take Chicano artists seriously. They didn't allow us in. You came in to show your work they thought you were looking for janitor jobs," said Lucero.

So, he said, artists created their own space and, over the years, became a staple of the community.

Although, now, the gallery has to move. The building is being sold and the owner couldn't offer a lease to CHAC.

"It's our responsibility to make sure we have a place to go when it happens," she said. "You see some of the other businesses leaving."

She told 9NEWS the whole neighborhood is changing. CHAC is inside the Lincoln Park neighborhood, which has been identified by the city as a place vulnerable to gentrification.

Manny Cereceres, a local broker, said some property values spiked as much as 28 percent over the last decade in this corridor. Individual homes have been bought to be turned into mix-use developments.

"Owners that have been here 20, 30 years that have finally gotten to a point; 'you know what? The values are at the top of the market. Why shouldn't I participate in the upside?'" he said.

Rent is following the same trend. Cereceres said along the retail corridor, rent has traditionally been $15 to $17 per square foot but has jumped to $24 to $26 in some cases.

That's the reality CHAC is now facing as its executive director tries to zero in on a new location long the arts district. But most rent there is double what they now pay.

The gallery, though, is full of longtime Denver residents who say they understand.

"Maybe we can extend this art community all the way down further," Lucero suggested. "Maybe we can be a catalyst for that because we've always been a catalyst."

The building's owner is in his 70s. He told 9NEWS it was time to divest some of his properties, which are worth more than when he first bought them. He said depending on who buys the building, some options may include them moving in their own companies, or keeping the current tenants - but he couldn't promise the same rental rates.