Dr. Comilla Sasson said she lost three former colleagues to suicide in the past year. 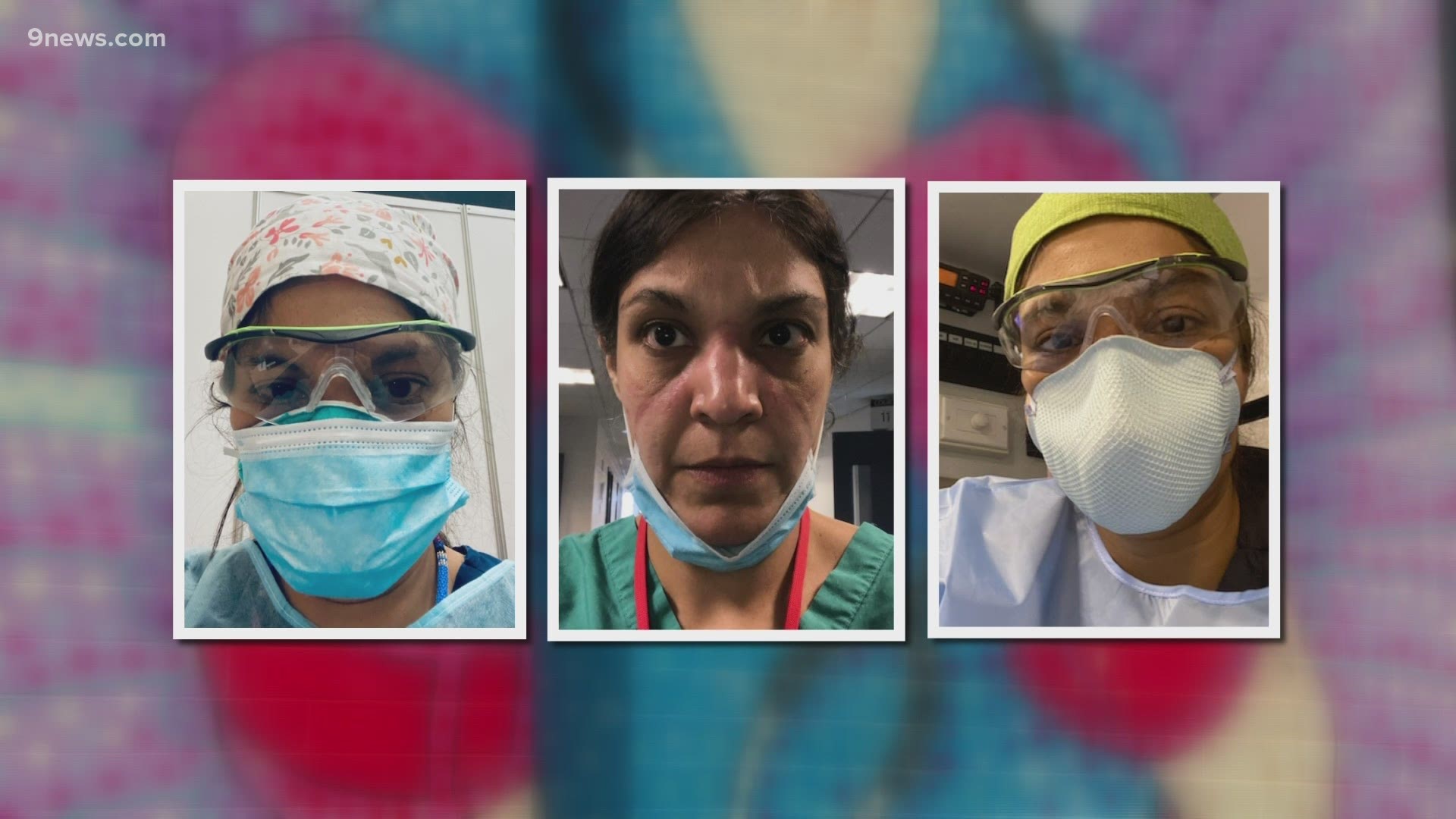 COLORADO, USA — The emotional challenge of getting through the pandemic is weighing on the mental health of many health care workers.

A recent study from the University of Utah Health published in the Journal of Psychiatric Research suggested more than half of frontline health care workers involved in COVID-19 care could be at risk for one or more mental health problems.

“Probably like six weeks ago, I think I hit a wall, you know, where I kind of went, 'oh my gosh, OK, like I think I gotta just take a break," said Dr. Comilla Sasson.

Sasson is an emergency medicine physician for Kaiser Permanente who spent much of the past year following COVID-19 surges all over the country.

RELATED: 'The physical and emotional toll is evident': On the front lines, Colorado doctor volunteers in New York

"I’ve been in New York, I’ve been in Montana, Oklahoma, North Dakota, South Dakota, Texas, California, you know, trying to go help wherever I can help because I have this sense of wanting to pay it forward," Sasson said.

Sasson said she knows that health care workers who give too much of themselves during a pandemic also pay an emotional toll.

“There’s a little bit of frustration mixed with desperation, mixed with exhaustion and then kind of mix that with a sense of despair of how much loss and devastation can you not take personally?” she said. "I think that's part of the reason that over the course of this last year, I personally have seen three people I have worked with who have committed suicide.”

One of the authors of the University of Utah study wrote that the experience of health care workers in the pandemic is "akin to domestic combat."

"You kind of wonder, like how many people are struggling alone right now, or don’t feel like they can talk to anybody?” Sasson said.

No doctor or nurse is immune to pain or loss, and Sasson said she remembers every patient who died under her care.

“You’re just kind of helpless in a way, you know, and that’s like the worst feeling as a doctor," she said. “You take every loss personally.”

“There’s a lot of barriers to people, especially physicians, accessing support services," she said. “I think there’s also this sense of you know, if somebody were to find out, is this going to end my career?”

Sasson said she hopes anyone who needs mental health resources feels empowered to ask for help. As health care workers continue to battle through the pandemic, Sasson said there's an easy way anyone can help lift their spirits.

The Physician Support Line launched during the pandemic to offer health care professionals and medical students free and confidential support.

The hotline receives 6 to 20 calls a day, said Dr. Mona Masood, founder and chief organizer of the Physician Support Line.

She said the number of calls varies depending on things like:

Masood said the hotline staffs more than 800 volunteer psychiatrists who take shifts to support colleagues all over the country.