The average American walks 2 1/2 miles a day. These construction supervisors are getting in 6 to 8 walking around the 85-acre construction zone. 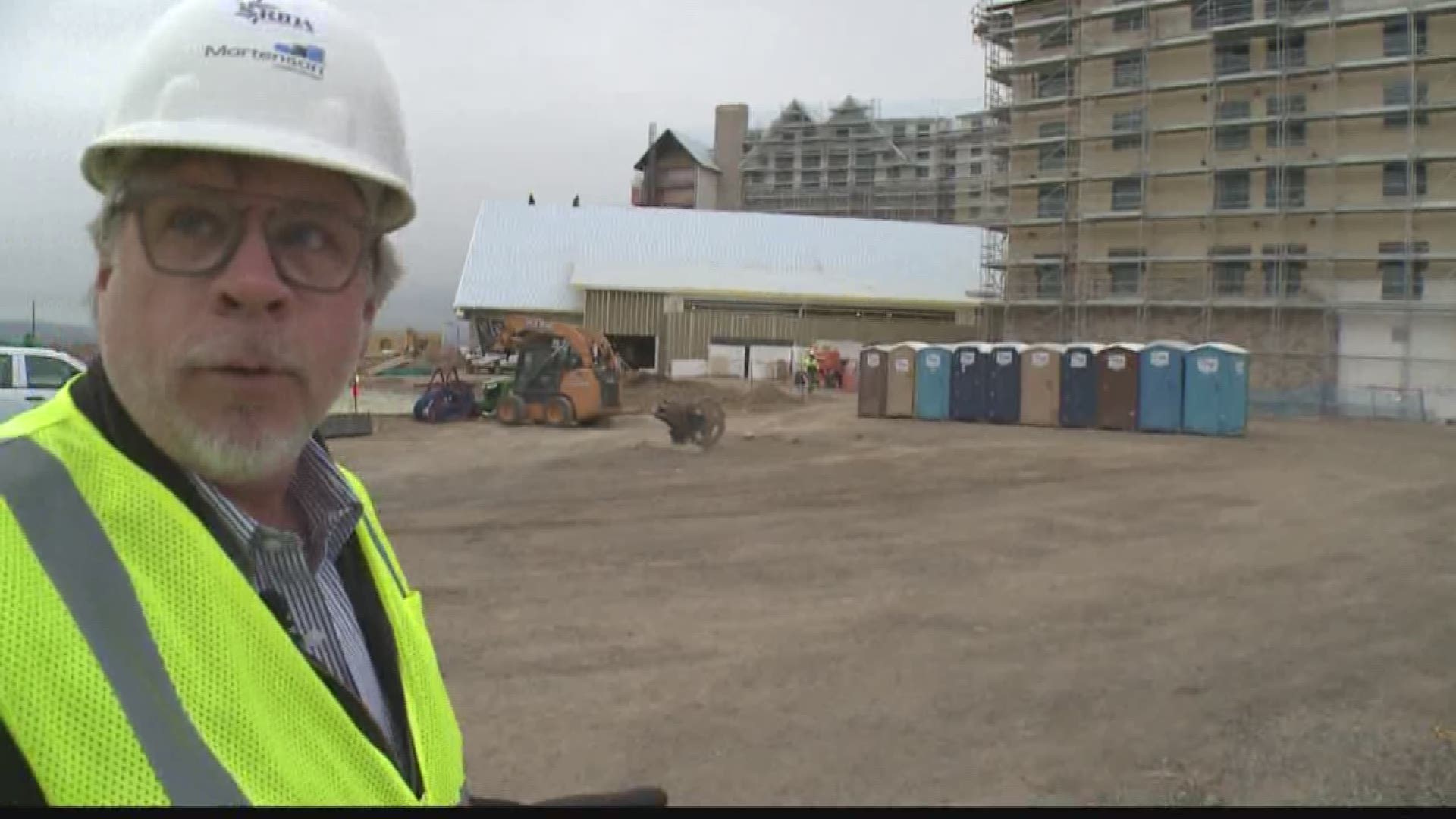 You've probably seen the cranes rising above the horizon a few miles away from DIA.

For the last 20 months, more than 1,300 construction workers have been building what will soon be the Gaylord Rockies Resort, the fifth resort of its kind in the country.

Developers said the resort will be one of the largest in Colorado, spanning more than 85 acres and 2 million square feet. It forces supervisors on site to walk an average of six to eight miles each day.

“This is the biggest project I've ever done,” said David Bray of RIDA Development Corporation who helped design the resort. “Our drawing package from day one was 3,200 sheets of drawings.”

At its highest point, the resort will soar 15 stories with its 1,500 rooms, three swimming pools and eight restaurants; one of which will have a 75-foot by 14-foot LED TV.

“An average payout for us on a monthly basis is plus or minus $20 million,” Bray said. “And I can tell you it takes me a long time to review it.”

The hotel said its main customers will be business groups, corporations, and trade shows as its main convention floor is a whopping 175,000 square feet.

The resort said it's already been booking rooms for February 2019.

“It's a great spot for networking, to meet your friends, to go experience some uniquely Colorado items,” added Michael Kofsky, director of sales and marketing for the hotel. “So the inspiration is really Colorado and how do you draw that into the hotel.”

Builders said they anticipate both cranes will be taken down by February and construction should finish by summer, at which point they’ll begin moving in furniture and other items and supplies.

The total cost of the project will be about $800 million. The hotel said it plans to open by the end of next year.