According to a new study from the Strategic Organizing Center, there were 5.9 serious injuries for every 100 Amazon warehouse workers in 2020. 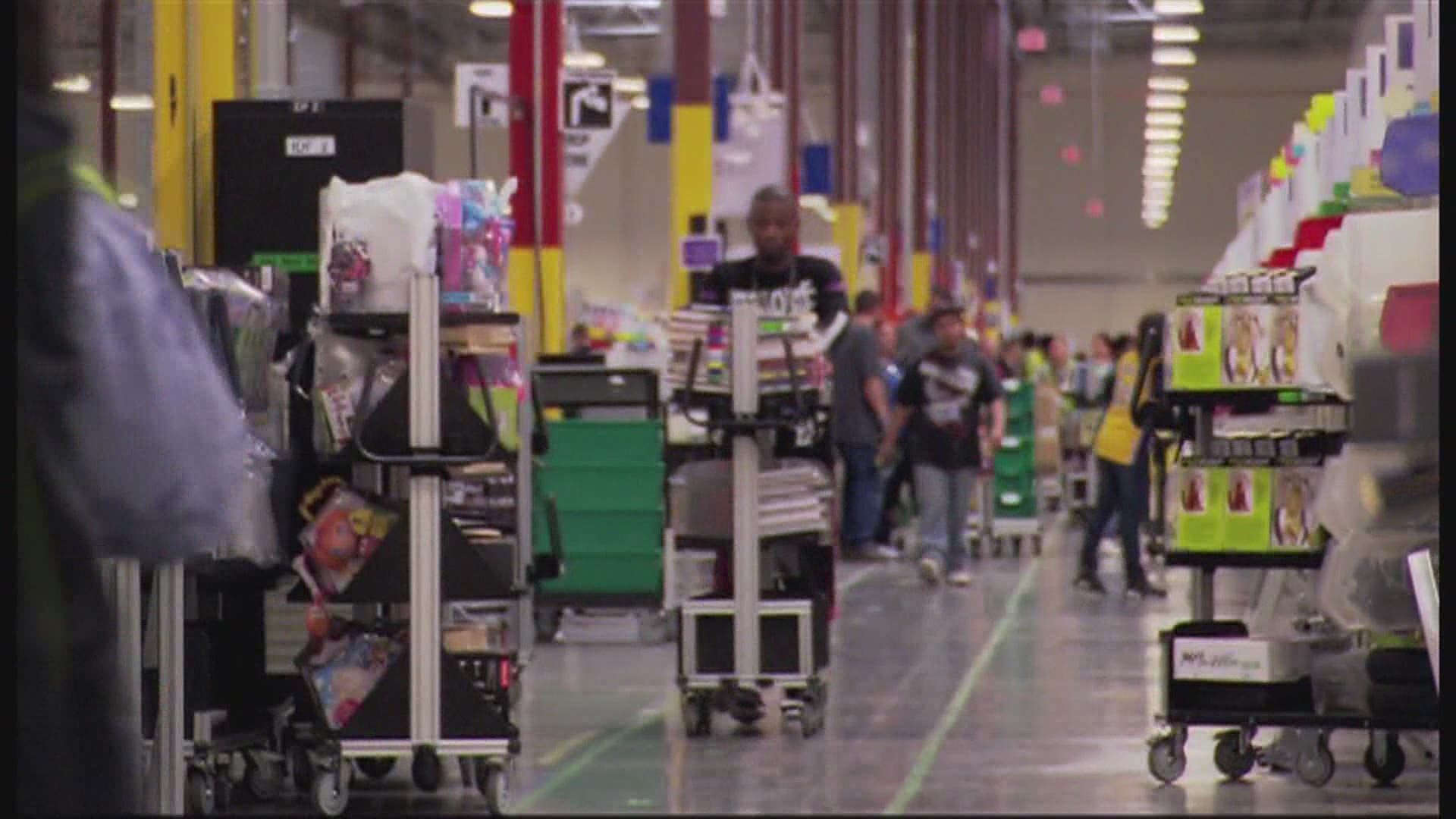 SEATTLE — Warehouse workers at Amazon are injured at higher rates than workers at competing companies.

CNBC reports a new study from the Strategic Organizing Center found the injury rate was 5.9 serious injuries for every 100 workers in 2020. That's 80% higher than the serious injury rate at other companies.

An online survey of Amazon workers revealed some workers felt the injuries were connected to an atmosphere of fear and retaliation if they did not keep up with the company’s speed quotas.

Some injured workers also expressed in the survey they felt pressure from managers to return to work before they were ready.

The overall injury rate at Amazon in 2020 was 6.5 cases for every 100 workers, which is more than double Walmart's injury rate.

An Amazon spokesperson said the company spent more than $1 billion on initiatives to better educate employees on how to avoid injuries in 2020.

Amazon CEO Jeff Bezos also said the company needs to do a better job for employees.

This year, Amazon plans to invest more than $300 million in safety projects.

The study also found injuries among Amazon delivery drivers were more than double the rate of Amazon workers at fulfillment centers.

However, the company does not report those injuries since many of Amazon's delivery drivers are from contracted companies and are not considered Amazon employees.

Amazon still has the goal of cutting worker injuries in half by 2025.