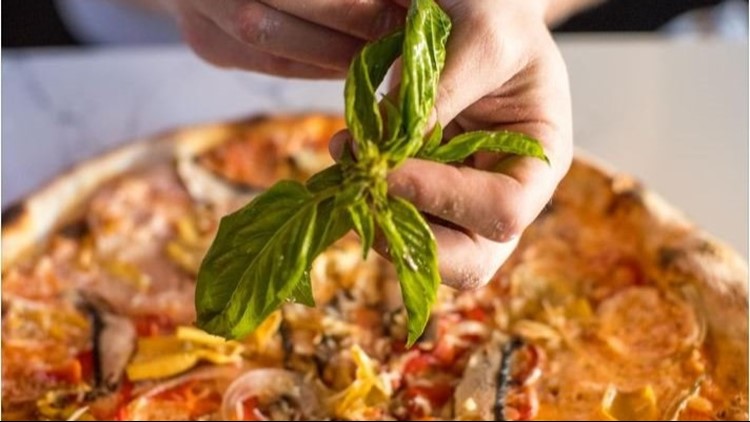 Basil is just one of the ingredients delivered fresh daily to DC Pie Co. in Denver. LANCE HARDING/PROVIDED BY DC PIE CO.

The East Colfax location was most recently occupied by Brik on York, a wood-fired pizza kitchen and wine bar that opened in July 2015 and closed in December 2017.

The new restaurant — open for dinner during the week and for lunch and dinner on weekends — offers homemade sauce and fresh ingredients reminiscent of the New York neighborhood where Cavagnuolo grew up. It also serves wings, meatballs, salads and desserts.

For this venture, Cavagnuolo is partnering with Mary Zayaruzny, a 20-year industry veteran who has opened restaurants previously in cities from New York to Miami to Moscow.

Read more about this story at the Denver Business Journal.