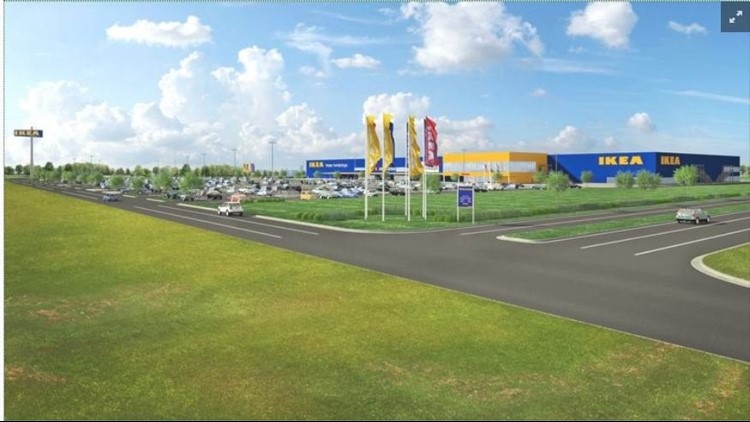 BROOMFIELD — Plans for a second IKEA store in Colorado have been delayed, a spokesperson for the Swedish retailer said.

IKEA had planned to break ground on its new store in Broomfield in the spring of this year and said it would open in the Summer of 2019. The 400,000-square-foot proposed store is supposed to have 1,500 parking spaces and will be built on 36 acres at the northwestern corner of Interstate 25 and State Highway 7.

The proposed location of a new Ikea store in Broomfield

"The timing of the IKEA project in Broomfield was delayed, " an IKEA spokesperson told 9NEWS on Wednesday. That spokesperson could not provide an updated timeline for the project.

Previously, IKEA said the store would employ 500 people during the construction process and 300 when it opens.

9NEWS reached out to the city and county of Broomfield regarding the project. Officials said they had not received an updated timeline for construction.

"We continue to stay in communication with IKEA regarding the new business model and future store at the NWC of State Highway 7 and I-25 in Broomfield that will serve customers throughout the north metro Denver and multi-state region," Bo Martinez, the Director of Economic Development said via email.

IKEA currently has 48 stores in the U.S, and with the upcoming Live Oak, TX and Norfolk, VA store openings, we will have 50 total stores by the summer of 2019.

Colorado's first store, along Interstate 25 in Centennial, opened in 2011.