About 6,000 file for unemployment in Colorado, continuing downward trend

CDLE said $70.3 million in regular unemployment was paid out during the week ending Aug. 8. 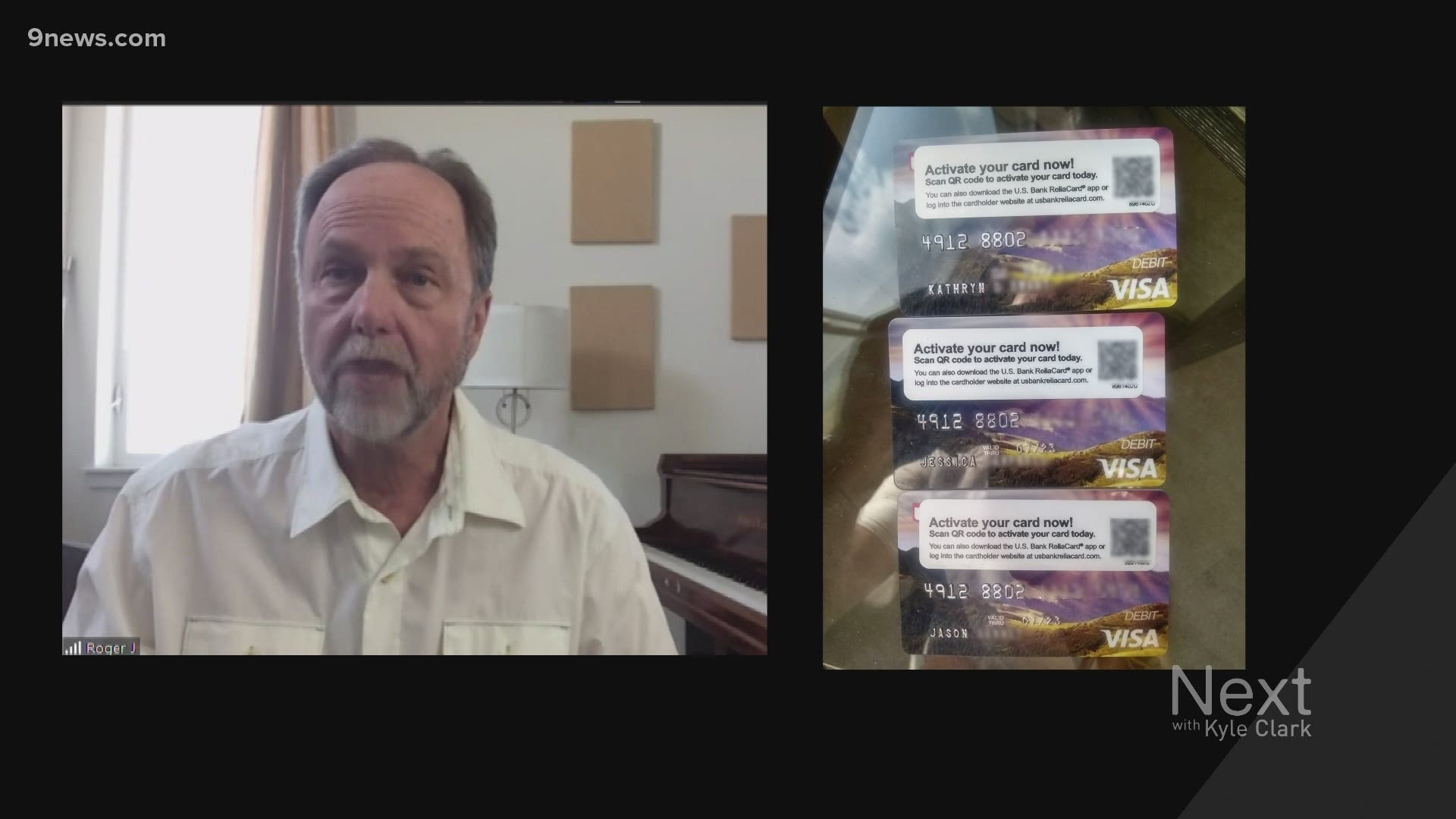 COLORADO, USA — The Colorado Department of Labor and Employment (CDLE) reported that regular initial unemployment claims dropped down to near 6,000 for the week ending Aug. 8.

There were 6,137 regular initial unemployment claims and 9,048 Pandemic Unemployment Assistance (PUA) claims filed during that week.

CDLE said $70.3 million in regular unemployment was paid out during the week ending Aug. 8.

For the week ending Aug. 1, a combined total of 280,800 continued claims were filed, including 197,922 from regular unemployment, 75,616 from PUA, and 7,262 from the Pandemic Emergency Unemployment Compensation (PUEC).

> Video above: Four unemployment debit cards sent to Colorado man (and not one was for him)

FEMA's program is set to distribute $300 a week per claimant, and obligates states to contribute another $100 in non-FEMA funds. FPUC provided an extra $600 a week in federal funds.

CDLE says the payments from FEMA's program will be backdated to FPUC's expiration on July 25.

A new program called State Extended Benefits (SEB) is being rolled out on Thursday, and CDLE said it allows claimants to potentially get another 13 weeks in benefits from the state after their PEUC eligibility is used up.

CDLE said it will determine claimants eligibility for SEB and contact individuals to inform them if they qualify or not.

With the addition of SEB, individuals can potentially receive up to 52 weeks of unemployment benefits. CDLE said that Coloradans had up to 99 weeks of benefits available during the recession.

Since mid-March, a total of 523,390 regular unemployment initial claims have been filed and a grand total of 694,490 claims, including federal PUA benefits.

For the week ending July 11, there were 10,506 regular claims, which was the most since mid-June, according to CDLE. Claims have dropped every week since.

Benefits paid since March 29 from CDLE:

Applications fell to 963,000,the second straight drop, from 1.2 million the previous week. The decline suggests that layoffs are slowing, though last week's figure still exceeds the pre-pandemic record of just under 700,000.

Last week, President Donald Trump issued an executive order that would provide $300 a week in federal aid to the jobless to replace the expired $600-a-week benefit. But experts say it would take weeks for the states to implement that payment.

RELATED: 3 reasons why Wall Street is flourishing as businesses, jobs go under