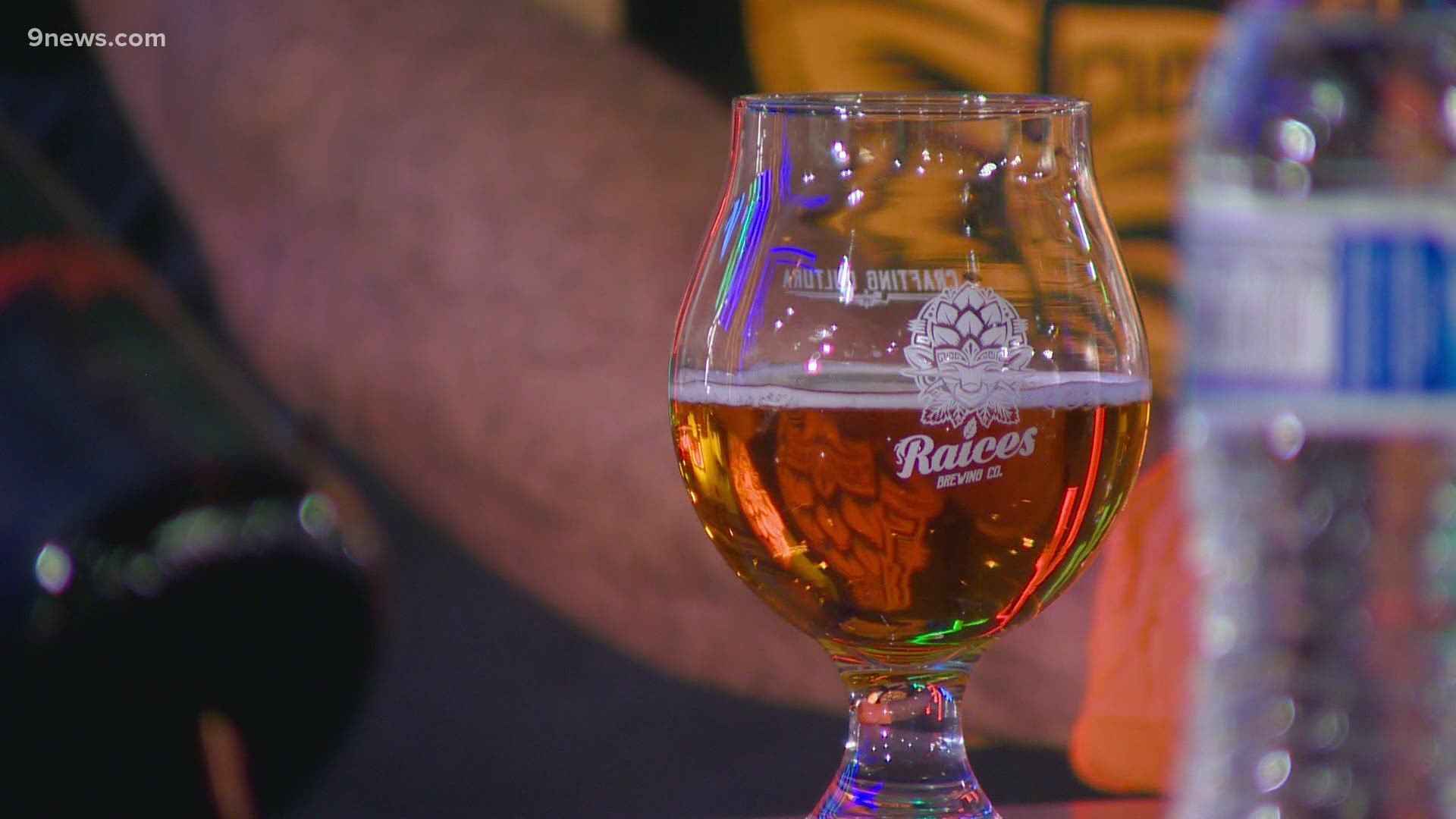 DENVER — Denver might have trouble sleeping if the doors to Raíces Brewing Company stayed open overnight.

“So, I’m going to play a little bit of one my favorite groups now, Iron Maiden," Martín Vargas said, turning up the music dial.

Heavy metal blasted through the empty brewery. Vargas got back to work, humming the beat under his breath until he couldn't help but let out the lyrics.

“I’m coming to get you! Oh yeah!” Vargas sang along to "The Number of the Beast."

Vargas performed for an audience of none while he churned the midnight boil.

Late-night brewing is part of Vargas' routine at Raíces on West Colfax Avenue.

"It’s like a therapy, I guess, for me," he said. "I have the opportunity to be a little bit more focused when the taproom is not working, and I don’t know, I think I’m weird a little bit and like, obviously, my girlfriend is okay with it."

RELATED: Winter-like weather brings another challenge for bars, restaurants struggling in a pandemic

“We Latinos do a lot of things, but apparently we don’t brew beer," Vargas said, acknowledging the shortage of Latino-owned breweries in the country.

Vargas grew up in Puerto Rico and began his career as a driver for a package delivery company before getting hooked on home brewing.

“The kitchen and stuff – that was literally like a home brewing laboratory,” he said.

Vargas and a partner eventually opened their own brewery in Puerto Rico. Vargas, however, like an aspiring actor drawn to Hollywood, dreamed of coming to the beer mecca of Colorado. He did just that.

After a successful stint at another brewery, Vargas joined José Beteta and Tamil Maldonado Vega to open Raíces Brewing Company in September 2019. Vargas and his new partners never could have predicted what was to come.

“What a year for the first time," Vargas said. “Here it is – a global pandemic.”

While dealing with daily challenges and uncertainty, Vargas still dreamed of something great. While brewing overnight Monday into Tuesday morning, those dreams made Vargas a bit nervous.

"Anxious nervousness!" Vargas said. “It’s the first time that beers that are my recipe – that I have them competing.”

The Great American Beer Festival and some of the biggest awards in the industry are all virtual in 2020. Judges will still hand out awards for beers Oct. 16-17.

Vargas took a brewing break around 2 a.m. Tuesday to judge his own entries. He laid out the beers on the bar and popped the tops one by one.

"The profile of flavor of this beer is delicious," he said, finishing a sip.

Vargas sampled beers from the same batch he submitted to judges. He hoped they shared his taste.

“This, I guess is a way to ease up that anxiety and say, you know what, I should expect something,” Vargas said.

In the same breath, the brewer showed he was his own toughest critic.

After tasting his beers, he got back to work during the wee hours of Tuesday morning, as heavy metal continued to play.

Five of Vargas' beers are in the running at GABF - beers he dreamed up and brewed while most of Denver tried to sleep. 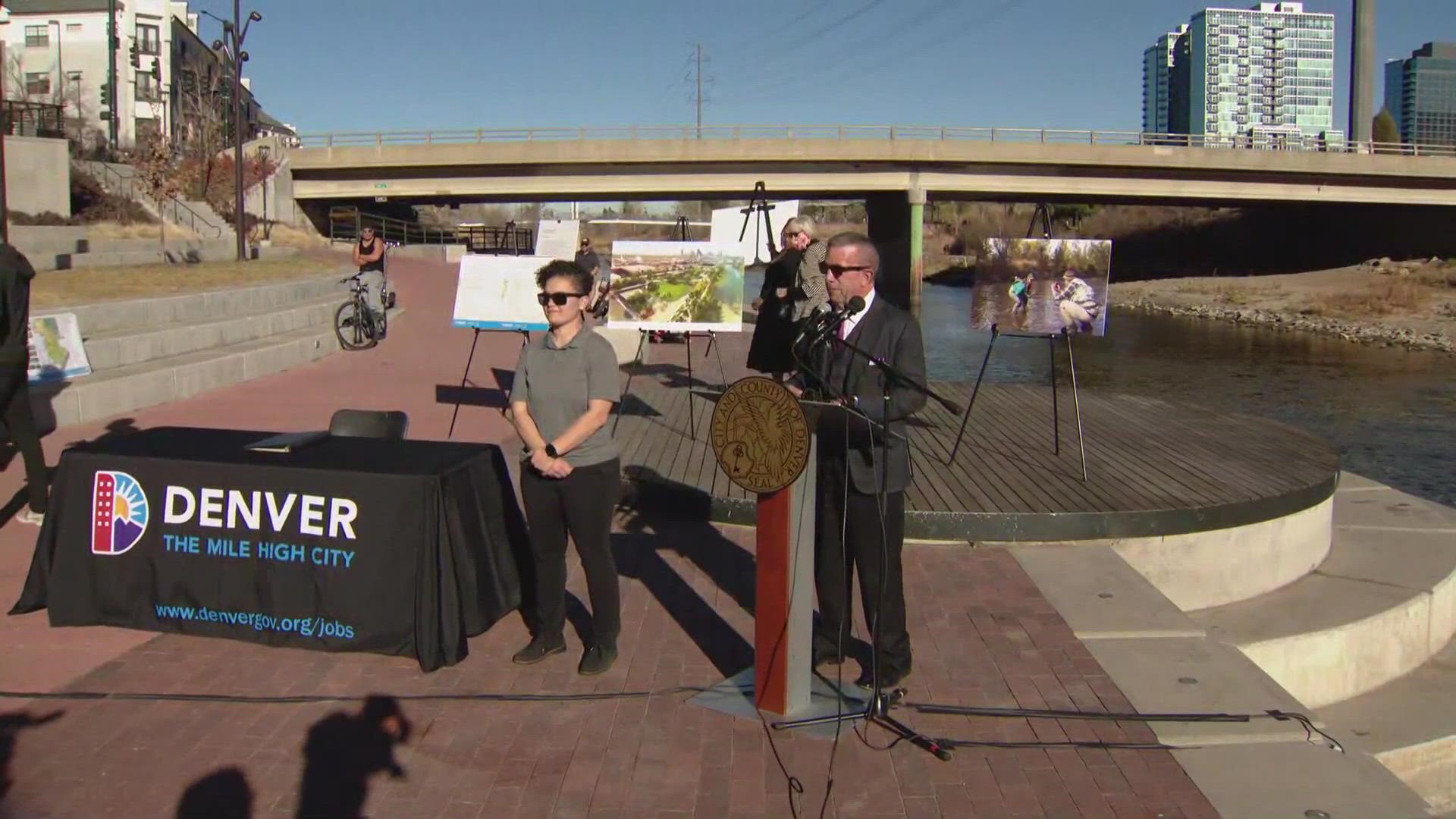