Breweries make different decisions about whether to reopen on Wednesday

Breweries like Joyride Brewing Company in Edgewater reopened with a reservation system in place. 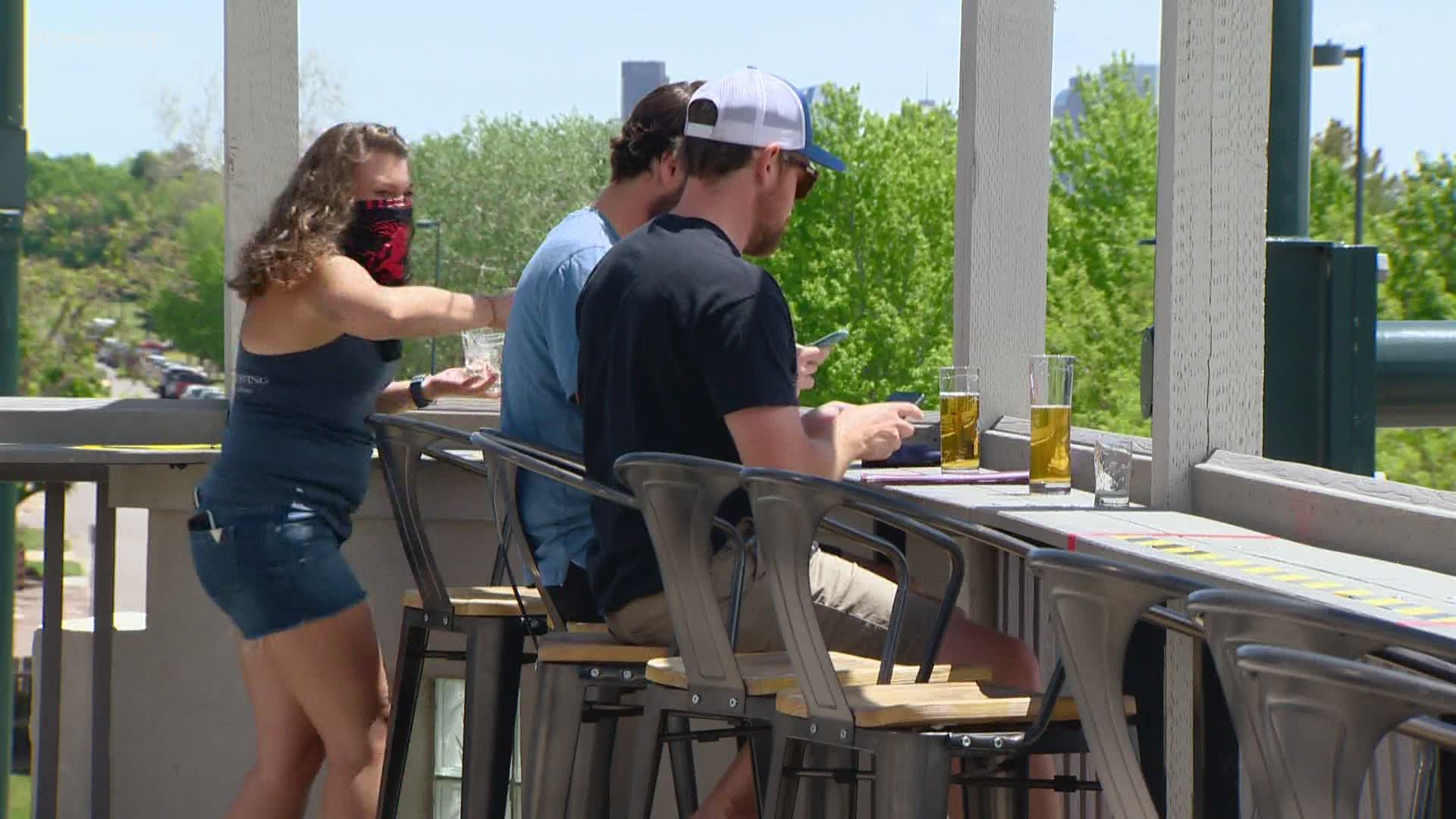 EDGEWATER, Colo. — Like dust on patio tables sitting empty for weeks, emotions have been building up for brewery owners in Colorado.

Wednesday was the day the state allowed restaurants and breweries providing food to reopen to limited indoor seating.

Berger's staff was busy power-washing the outdoor patio on Platte Street and getting the inside of the brewery ready to seat the first customers since the middle of March. While Denver Beer Co. had the green light to reopen, the brewery decided to give it one more day.

"By [Thursday] morning, we’ll be ready, prepared and mentally just kind of like, you know, dialed in to see some customers drinking beer out here again," Berger said.

Over in Edgewater, Grant Babb of Joyride Brewing Company was getting ready to reopen the brewery's six garage doors for the first time in a long while.

RELATED: Polis: Coloradans with big yards could offer the space up to nearby restaurants

RELATED: Colorado's breweries can open along with restaurants if they serve food

RELATED: Larimer County can reopen restaurants, churches and malls, but not bars

“No. Not at all!" Babb laughed. “You’re still getting those butterflies and that social anxiety that, you know, you had the first time you opened.”

Joyride opened at noon Wednesday to customers who made reservations starting Tuesday evening.

“We opened our reservation system by 5 p.m. [Tuesday] and by night’s end, we already had 100 reservations booked up through the weekend,” Babb said.

The brewery took reservations for 105-minute blocks with time for staff to clean in between. Guests have to check in at the makeshift lemonade stand in front of the brewery.

“We’re kind of calling it our fake, little speakeasy because you can’t come through the front door until you’re invited in," Babb said.

Shortly after noon, the brewery's first four customers checked in and headed upstairs to the rooftop deck.

“It feels like kind of surreal but amazing to be back," said Chase Boyle, enjoying a pint of beer with his friend, John Guillod.

“I guess we just couldn’t wait any longer," Guillod said. [We're] the first ones back!”

Joyride is also counting on having outdoor patio seating on 25th Avenue. On Wednesday, a white line was painted on the street to designate the space. The City of Edgewater still needs to formally approve the plan, and that could happen Thursday, Babb said.

Both Joyride and Denver Beer Co. plan to offer food to customers by partnering with food trucks. Joyride is also teaming up with a local restaurant.

Denver Beer Co. planned to open a few tables on its patio and inside the brewery starting Thursday morning.

“That’s what we have done for nine years and we’re excited to get back to it," Berger said.