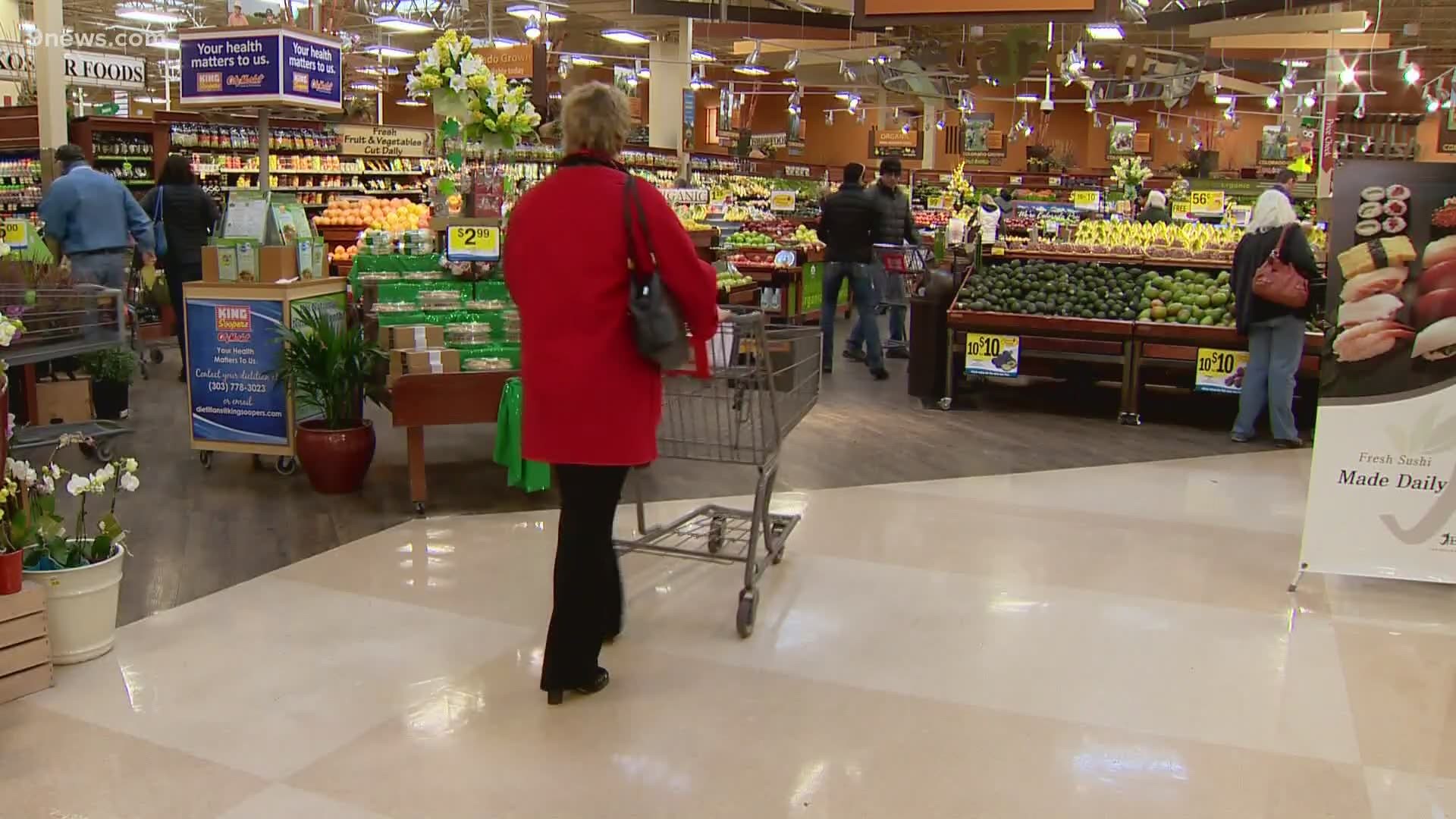 DENVER — Data released Wednesday by the Colorado Department of Public Health and Environment (CDPHE) shows there have been 90 confirmed cases of COVID-19 at 10 grocery stores in Colorado.

The number of cases has grown by 27 in the last week. While the data does not reflect it, UFCW Local 7, the union representing grocery workers across the state, said an employee at the King Soopers at 1155 E. 9th Ave. in Denver died of COVID-19.

Here’s a breakdown of outbreaks at Colorado grocery stores:

Additional data released Wednesday shows that the Denver City Jail now has the second-largest outbreak in the state, behind the Sterling Correction Center.

The Sterling Correctional Facility has 440 confirmed cases and two deaths.

Another outbreak includes Steven Roberts Original Desserts in Aurora, where 104 employees tested positive for the novel coronavirus of the 770 people who work there.

A spokesperson for the company said Steven Roberts bought its own tests, but wouldn't disclose what kind. They also said every single worker who tested positive was asymptomatic meaning they weren't showing any symptoms.

During a news conference on Wednesday, CDPHE leaders said efforts are underway to track and minimize outbreaks.