Delta to give employees huge bonus 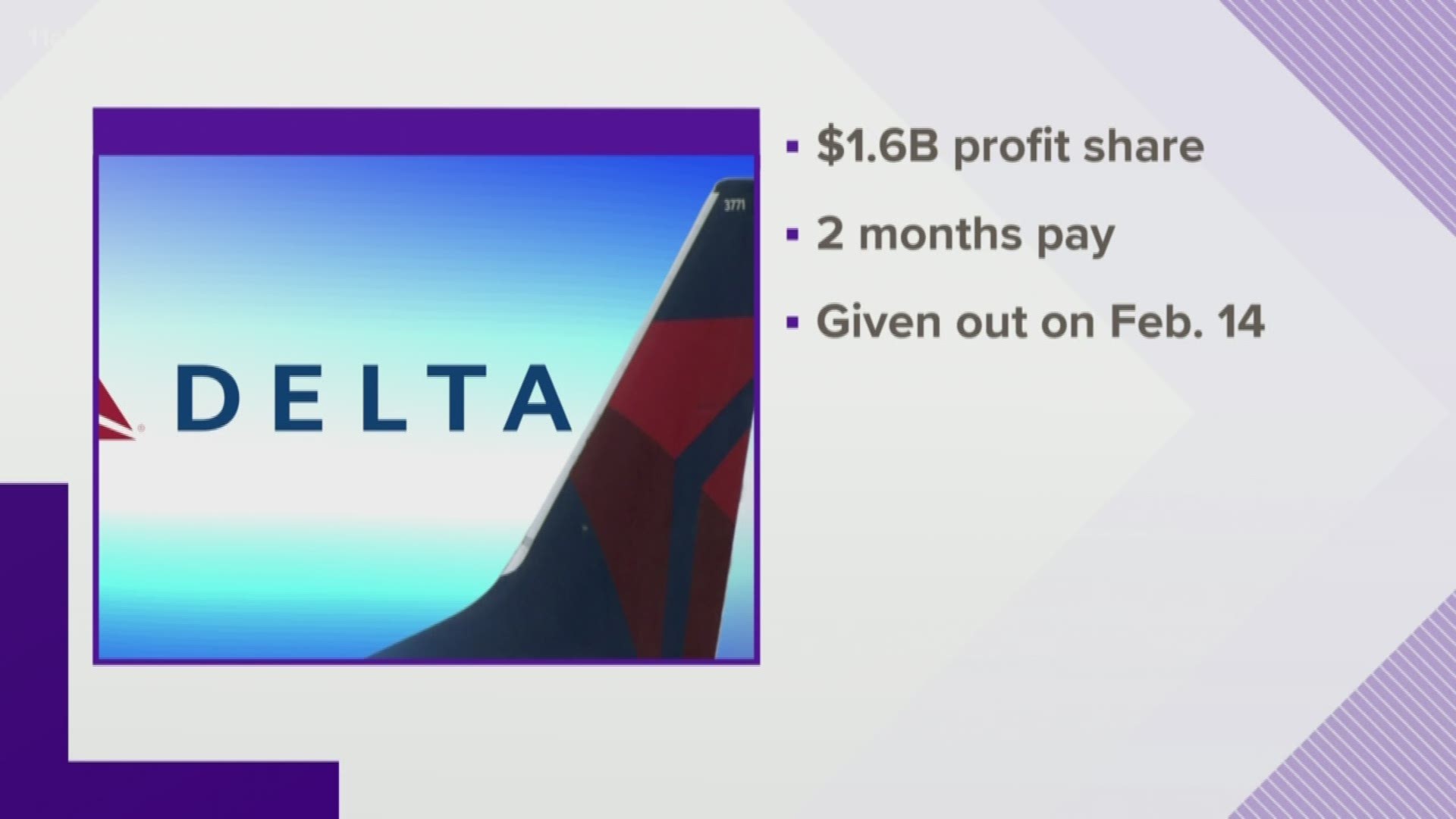 ATLANTA — Delta Air Lines turned a big profit, and they've decided to give back to their employees.

The company said it earned $1.1 billion in the fourth quarter by operating more flights and filling a higher percentage of seats. That's an 8% increase from Delta's profit in the same quarter a year earlier.

In 2019, total revenue increased to a record $47 billion, up 7.5% when the prior year period is adjusted for third-party refinery sales and the sale of DAL Global Services.

To add to the excitement for its 90,000 employees, the company announced that they will share a record $1.6 billion profit sharing payout on Feb. 14. This translates to a 16.6% payout for eligible employees -- equivalent to about two-months' pay.

CEO Ed Bastian announced this during the Cobb Chamber of Commerce's Marquee Monday event at the Coca-Cola Roxy in Atlanta.

“Delta would be nothing without our 90,000 people,” CEO Ed Bastian commented on LinkedIn.

They said the profit share is nothing new to the company. This is the sixth year in a row that they've paid out more than $1 billion in profit sharing.

Lower fuel prices helped Delta save more than $300 million, and unlike key rivals, Delta didn't get caught up in the grounding of the Boeing 737 Max — it doesn't own any of the planes.

The financial results beat Wall Street expectations. Airlines are enjoying a long boom period as travel outpaces many other sectors of the economy.

Some Delta employees suing over uniforms