As bookings and events pick up, the shortage of employees is posing a significant challenge to hoteliers, the Colorado Hotel Association says. 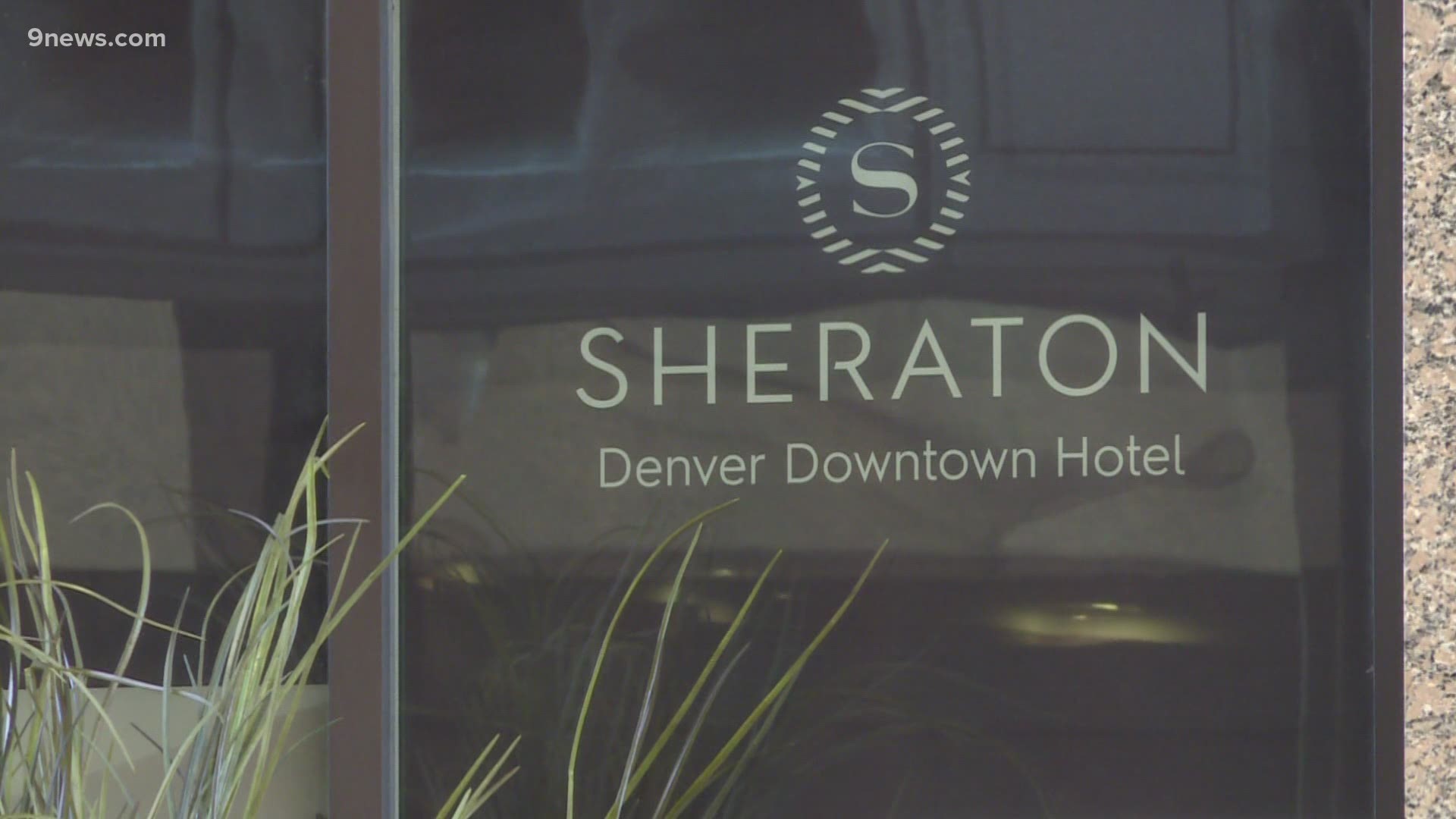 DENVER — It's no secret that hotels struggled during the peak of the pandemic last year as travel restrictions and safety protocols led to record-low levels of people checking in.

The Denver area was no exception.

The result? A big loss of revenue, massive rounds of job cuts and more.

But as more events begin to return, as well as an uptick in leisure travel, the amount of people checking into hotels is starting to climb.

However, there's a new problem as a result of the rise in travel: hotels aren't able to hire back the amount of employees needed to help meet demand.

"...you go from four [hundred] to 600 associates to 25 or 50," said Tony Dunn, the general manager of the Sheraton Denver Downtown Hotel. "We thought this was a two or three month problem and it became a 12, 13 month problem.

"And we're still not back. We'll be back - if people want jobs, probably by June or July."

Hotel occupancy levels, which is the amount of people staying in hotel rooms, typically will determine staffing levels.

In the case of the Sheraton in downtown Denver, the peak of the pandemic meant they had around 30 to 40 associates on board, when they typically could have up to 600 employees total during their normal busy seasons.

"...we were at that point where we were deciding whether we would close the hotel or not," Dunn said, adding that they lost an estimated 80% of revenue, which translates to a loss of about $70 million. "That will probably take three or four years to get back."

Now, occupancy levels are rising again, just not quite to pre-pandemic levels yet.

According to STR, a firm that tracks hospitality data, during April 2020, the Denver Central Business District (CBD) saw 9.5% of hotel rooms filled.

However, those levels are still on the lower side when compared to April 2019, which showed an occupancy level of 78.2%.

More recently, the Denver CBD saw an occupancy level of 54.1% for the week ending on May 15, according to the STR.

But again, pre-pandemic levels prove to be much stronger. The week ending on May 18 had an occupancy level of 80.2%.

"...and actually the leisure traveler, traveled more than we even forecasted, which is positive," explained Emmy Hise, the director of hospitality analytics for CoStar. "People are anxious to get out as soon as they get their vaccines. And then I'm starting to see a little uptick in the business transient. And that's based off of day of week data. So we look at weekend occupancy levels as well as the week occupancy levels. And historically, those are pretty even for the Denver market. So it was a good sign that we had a good travel base of business growth and leisure.

"Now, weekends are significantly higher, which tells us it's mostly the leisure traveler. But as of April data, like it is starting to trickle back up that day of week."

The jobs are there, but where the employees?

Overall, the Colorado Hotel and Lodging Association (CHLA) said finding new hotel employees is proving to be a tall task.

Amie Mayhew, the president and CEO of the CHLA, provided the following statement:

"Hotels throughout Colorado are struggling to find employees more now than ever before with many hotels needing to hire several hundred employees in the coming weeks.  As summer bookings and events pick up, including the MLB All Star Game, the shortage of employees is posing a significant challenge to hoteliers.  While we applaud the Governor’s recent executive order to create the Colorado Jump Start program, we also need Governor Polis to act now to join the more than 20 states that have already dropped the $300-A-Week Federal Unemployment benefits."

In the case of the Sheraton in downtown Denver, they say they're in need of more employees very soon with upcoming events.

"Right now we're running about 75 associates," Dunn said. "Probably in the next four to six weeks, we need to be at about 250 associates, probably. Once we hit August, September, which is a peak season for us, we probably need to be at that 450.

"We're not going to get to our usual peak season number of 600. That'll be next year, but probably 450 will get us through the fall."

RELATED: Some Eagle County businesses are boosting their pay rates

However, he explained that the results so far have been slow for now, hiring just one new associate last week.

"...And we had five associates have interviews today," Dunn said. "One showed up, which is not typical of what you're used to seeing in the past."

He explained that there could be several factors at play for why people aren't applying. Among other reasons, one possibility is the worry of another reason for large rounds of job loss in the industry, like they saw during the pandemic.

"I think it might be," he said. "I think they are wondering if it could happen again to them and our industry will say we felt that we were decimated more than any other industry.

"And I'm not sure people are protecting themselves, saying 'maybe we need to go find another industry that's safer.'"

Dunn added that part of the effort in getting people interested in applying for the hotel includes staying competitive with their pay rate.

"And right now the associates I have on property are all working overtime," he said. "And again, for some of them, that's an incentive. But that'll get tired pretty quickly. We need to find a way to market ourselves differently. You're seeing rates in the marketplace, hourly rates going up.

"Naturally, they're going up on their own. We probably increased our hourly rates by 10-15% already on our own, just trying to stay competitive."

Among other incentives, Dunn explained that possible incentive is anywhere between a $500 and $1,000 retention bonus.

Overall, Dunn calls hotel and lodging a dynamic industry, and is hoping that as more customers check back in, more people apply for a job.

"So I think it's a great time to get in the industry," he said. "I don't think we're ever going to see this in the near future again, and I think we've better prepared for it."