The proposed location is just north of I-70 in the Northfield area near East 46th Avenue and Central Park Boulevard. 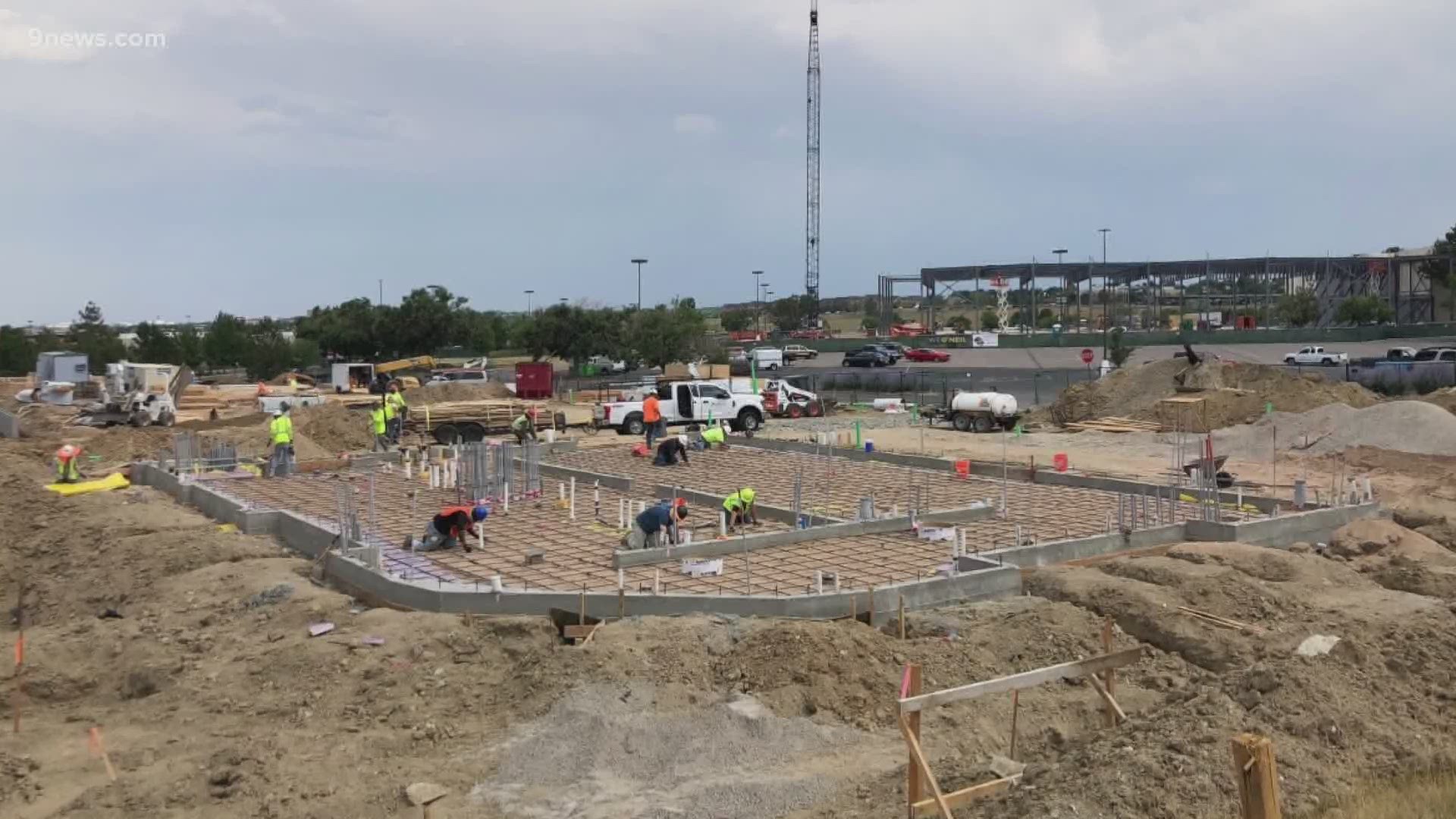 DENVER — A proposal submitted to the city of Denver Tuesday shows what could very well be the first In-N-Out Burger in city limits, if it’s approved.

The concept was submitted by Greenwood Village-based Galloway & Company Inc., which has been behind a handful of other proposed In-N-Out Burger locations in Colorado. Three of them – in Colorado Springs, Lone Tree and Aurora – could open this year.

>>> The video above is from a prior 9NEWS story about In-Out-Burger construction in Colorado.

RELATED: In-N-Out construction on pace to open 3 Colorado locations in 2020

The Denver proposal is for a location near East 46th Avenue and Central Park Boulevard, in the Northfield area just north of Interstate 70. It doesn’t list In-N-Out by name, but does include this description and the below conceptualization – which looks like an In-N-Out Burger, which has red palm tree awnings on its buildings

“The proposed site is approximately 1.19 acres, and is located within the overall development proposed as Runway 35 North. The site includes an approximate 3,879 SF fast food restaurant with drive-thru and outdoor patio area.”

Credit: Courtesy City and County of Denver
A rendering of a proposed restaurant in Denver which could be its first In-N-Out Burger.

It’s worth noting that this plan was submitted as a concept only, the first step in what Denver Community Planning and Development said is a long process, with an end result that could be very different from the initial proposal.

There’s no timeline for when the project would be completed. First, it would be reviewed by various city departments before the final plan is approved.

A call and email to Galloway & Company regarding this proposal was not returned as of this writing.

In-N-Out did provide a statement, saying that it hopes to open a restaurant at this location.

"We do hope to open a restaurant at 4535 N. Central Park Boulevard in the future. While it’s too early to know when, or even if, we will open a restaurant at this site, we are excited to be working on an additional location to serve Customers in the great state of Colorado," the statement reads.