One Palisade farm estimated they lost about 90% of their crop after the big temperature dip two weeks ago. 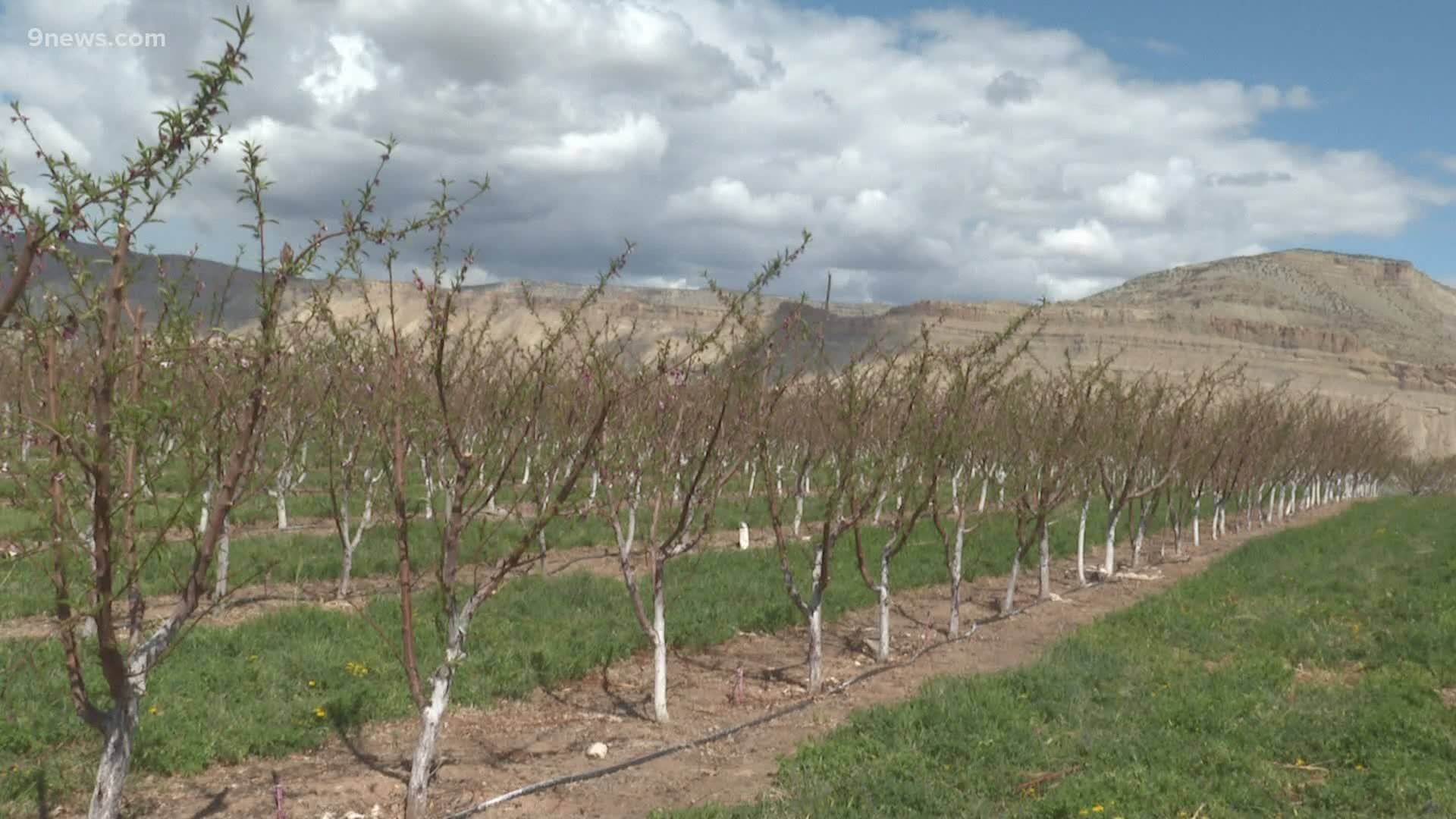 GRAND JUNCTION, Colo. — Colorado’s governor has announced he is seeking federal aid for farmers impacted by a freeze that wiped out significant portions of the state’s peach crop.

The Daily Sentinel reported Democratic Gov. Jared Polis said he sought the aid as a result of an April 14 freeze in Colorado’s Western Slope region.

"Despite all of our frost protection measures, it just wasn't enough and so we had very significant crop loss," Charlie Talbott of Talbott Farms told our sister station KKCO in Grand Junction.

He estimated that they lost about 90% of their crop and said the last time they had damage this bad was in 1999.

Polis and state Commissioner of Agriculture Kate Greenberg said they requested a Secretarial Disaster Declaration from the U.S. Department of Agriculture.

The emergency declaration enables farms to access assistance including loans with flexible repayment terms. Peaches account for 75% of state fruit production with nearly $40 million in revenue.

"Recovery is a year from now, you get one chance per year to have a crop," Talbott said. "It's the nature of the game in food production, whether you're in western colorado or anywhere that's a food growing area. This is part of the game."