How a local construction company is preventing suicide

What you do for a living can make you more at risk for suicide. 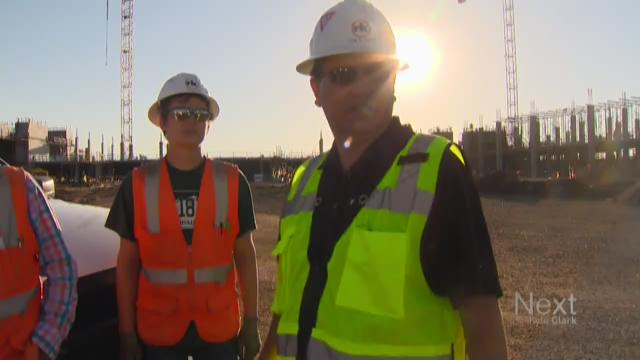 What you do for a living can make you more at risk for suicide.

People who work in isolation or have unsteady employment like in the agriculture and forestry industries are at the greatest risk. The Centers for Disease Control and Prevention recently reported there are 85 suicides per 100,000 workers in those fields.

Construction workers, carpenters and electricians also have a high risk for suicide (CDC: 53 suicides per 100,000).

When you consider how many construction projects are going on throughout the Denver metro area, the statistics are even more alarming.

Since 2014, RK has helped intervene when eight of its workers were depressed and considering suicide. The support those men received changed their direction. They are alive and receiving mental health support to remain strong.

"If managers see someone not on the job, maybe 10 years ago, you'd write them up for not showing up for work," Kinning said. "Now, it's like 'what is going on in your life?'"

Kinning first learned that his industry was at risk in 2014 when he met Sally Spencer-Thomas. She founded a suicide prevention organization after her brother died by suicide. The Carson J. Spencer Foundation works with male-dominated industries that are at risk for depressed workers who might look to suicide as a way to alleviate the pain.

Michelle Brown is a manager at RK who noticed a colleague and fellow U.S. veteran was struggling. She credits RK's suicide prevention training for giving her the tools to help save that man's life.

"I knew instinctively what to look for," Brown said. "There was no fumbling. It was an instantaneous reaction. This is how we act."

"To be able to reach out to that person and get them the help they needed and to be the individual they could talk to, laugh with, cry with.. um, it was incredible," Brown said.

Tom Alvarez, RK safety manager, is also thankful for the increased focus on signs and symptoms to look for among those struggling with mental health issues. He just wished he knew them sooner.

"We had an employee who was working for us who was going through some issues at home," Alvarez said. "He came in to work and started divvying out his tools and then, he went home one night and committed suicide."

Alvarez says he just thought that man was changing professions. Back then, nobody at RK recognized the signs that this man was desperate.

Spencer-Thomas says construction workers are at greater risk of suicide because of the difficult manual labor along with the self-medicating that can take place to deal with work-related injuries. She also points to seasonal work and the high pressures to meet deadlines on building sites.

The Carson J. Spencer Foundation helped RK put together its "toolbox talks" for all employees which are in addition to the training for upper level managers.

Before the start of shifts, Safety Manager Alvarez will check in with the RK team at a construction site and encourage workers to talk with others whose moods have shifted.

"Even though we're a large company, the guys know when somebody's not the same," Alvarez said.

The "toolbox talks" are given in both English and Spanish so that everyone is debriefed on the threats and risks.

"Every year, nearly 43,000 people died by suicide in the US," Alvarez recently told a Denver crew. "Suicide is the 10th leading cause of death. If you work with someone who is struggling, tell him you've noticed a change in their attitude. Give them a call. Reach out to them."

The work crew that gathers at the toolbox talks was silent on the day of our visit. The workers have all known someone in their lives who has died by suicide.

Kinning admitted he too had a relative who died by suicide. That's why this program is so personal.

"I've seen the tremendous amount of grief that goes along with suicide," Kinning said. "If we can build on that and help other people avoid that grief and get people the help that they need, it's really a no brainier for us."

RK is now a model for other awareness programs in the construction industry. Kinning is humbled and grateful to hear that.

"We are a family-owned business," Kinning said. "We care about people's families. We want them to come to work and be able to go home safe."

The Carson J. Spencer Foundation also started working with the Denver Fire Department when it lost some firefighters to suicide. 9NEWS' Kyle Dyer has also produced a story that showed how firefighters are learning to be open about their stressors and discuss their feelings in order to improve mental health for each other and across the department.

If you or someone you know is struggling with depression and thoughts of suicide, call 1-800-273-8255. The National Suicide Prevention Lifeline is manned 24 hours a day.

If you would like to look at the possibility of having a suicide prevention awareness program at your work place, visit carsonjspencer.org