Messages sent to employees and obtained by 9NEWS show the new base wage at the plant is $18 per hour and the maximum rate per hour is $24.60. 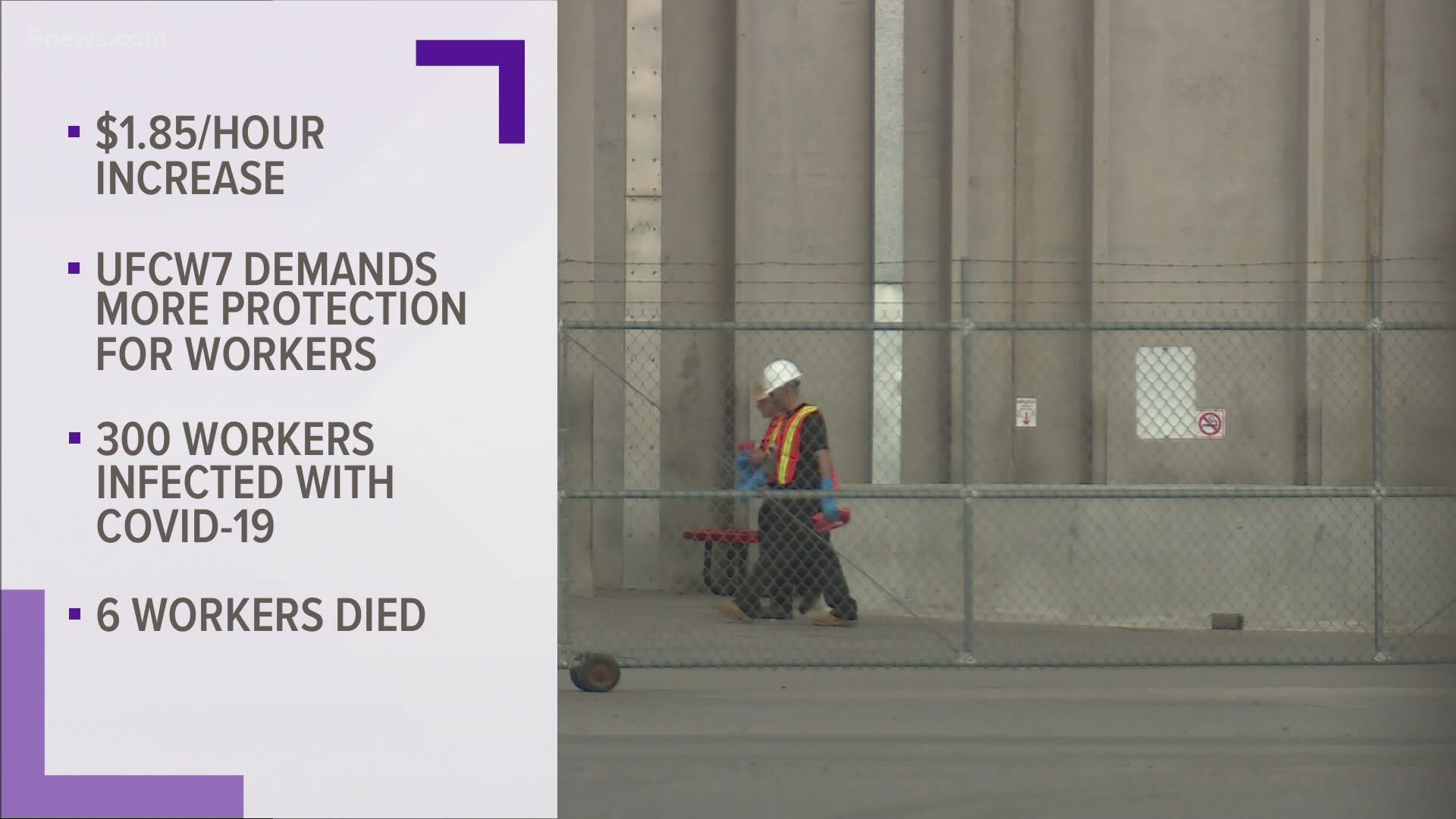 The United Food and Commercial Workers Union Local 7 (UFCW 7), which represents more than 3,000 workers at JBS, called the move a victory for union members, saying JBS will institute a wage increase of $1.85 per hour without reopening the contract.

Messages sent to employees and obtained by 9NEWS show the new base wage at the plant is $18 per hour and the maximum rate per hour is $24.60. JBS told employees these wages are some of the highest in the industry, and numbers from the United States Bureau of Labor Statistics confirm the company’s claim, the Greeley Tribune reports.

A news release from UFCW 7 says union President Kim Cordova "continues to demand more be done at JBS Greeley to protect workers, including improving safety measures inside the plant, removing policies that promote work while sick culture and providing hourly hazard pay for workers as the facility continues to lead the nation in meat processing plant worker deaths due to the coronavirus."

JBS blamed UFCW 7 for the increase not happening sooner, according to the messages, which say the union refused to let workers vote on a proposal from JBS. The messages, signed by general manager Jay Rawlings, also say an attendance requirement has been relaxed to allow workers five missed days while still qualifying for a $1,500 bonus.

This comes after a July 10 walkout by JBS workers over a pay dispute.

RELATED: JBS workers in Greeley walk out of work amid pay dispute

A Facebook Live shared by a woman in Greeley showed people walking out of the plant, which employs several thousand people.

According to a statement provided after the walkout by JBS corporate, workers at other facilities across the country have received an increase in base pay to $18 an hour, with top rates of $25 per hour. However, according to JBS, the local union that represents Greeley employees had not presented this to its members.

JBS share the following statement on Monday about the wage increase:

"Given the failure of local union leadership to act in the best interests of our team members, JBS USA has made the decision to independently provide the increased wages denied to our team members. Effective immediately, the new base wage rate at Greeley is $18.00 per hour and the new top wage rate is $24.60, one of the highest in the industry. In addition, we have changed eligibility requirements for an additional $1,500 bonus to ensure everyone can receive the bonus and no one is incentivized to come to work sick.

"We have heard concerns from many team members that local union leadership may attempt to increase union dues as they have done with previous wage increases. We urge the union to allow our team members to keep all of the well-earned wage increases and bonuses they were awarded today."