The owner says Suds Factory Car Wash and Detail will close its doors on Jan. 15. 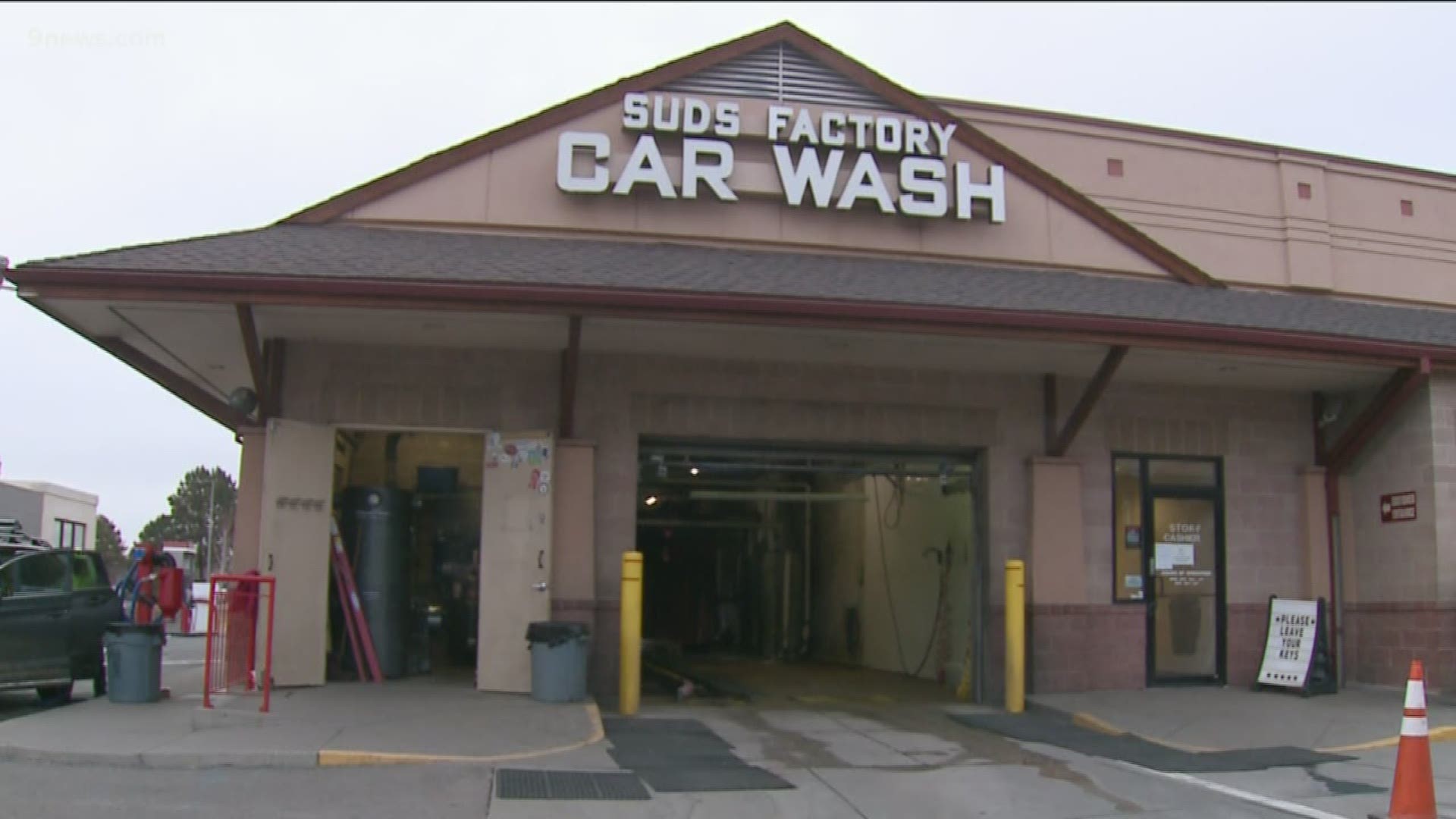 LONE TREE, Colo. — A local business is closing its doors as a popular burger joint plans to move in.

It’s the same site where Suds Factory Car Wash has been in business for the past 21 years.

“The first time it was announced, we had helicopters flying over the top and everybody was going nuts,” said Suds co-owner Greg Bomgaars. “We’re going to turn the property over to [In-and-Out] in a couple of months, and they’re going to build it out and, as I understand it, hope to be open near the end of 2020.”

The car wash plans to close its doors next week. Bomgaars said he and the other owners will still own the property and will lease it to the restaurant.

Much has changed since Suds first opened.

“We bought the dirt about, oh, 23 years ago,” Bomgaars said.

Now the site is surrounded by homes and shops in a growing Colorado.

“It’s kind of settling in, but I know as soon as they take a wrecking ball to this place it’s going to hit home,” he said. “It’s going to be tough to watch, I think.”

“I will miss this place. In fact, I want one of these bricks,” joked Lanie Maes, a greeter who has worked weekends for the car wash since it first opened.

She said she knows many customers by name, and has watched some grow from children in their parents' cars into adult customers, themselves.

“I can promise you when it’s all said and done I will keep, I will embrace, I will hold on to all of those wonderful memories that I’ve had,” she said.

Suds Factory has a sign posted on the door, informing customers that the car wash plans to close on Wednesday, Jan.15.

Bomgaars said he is offering refunds for any customers who bought gift cards or memberships to his business before they announced the closure.