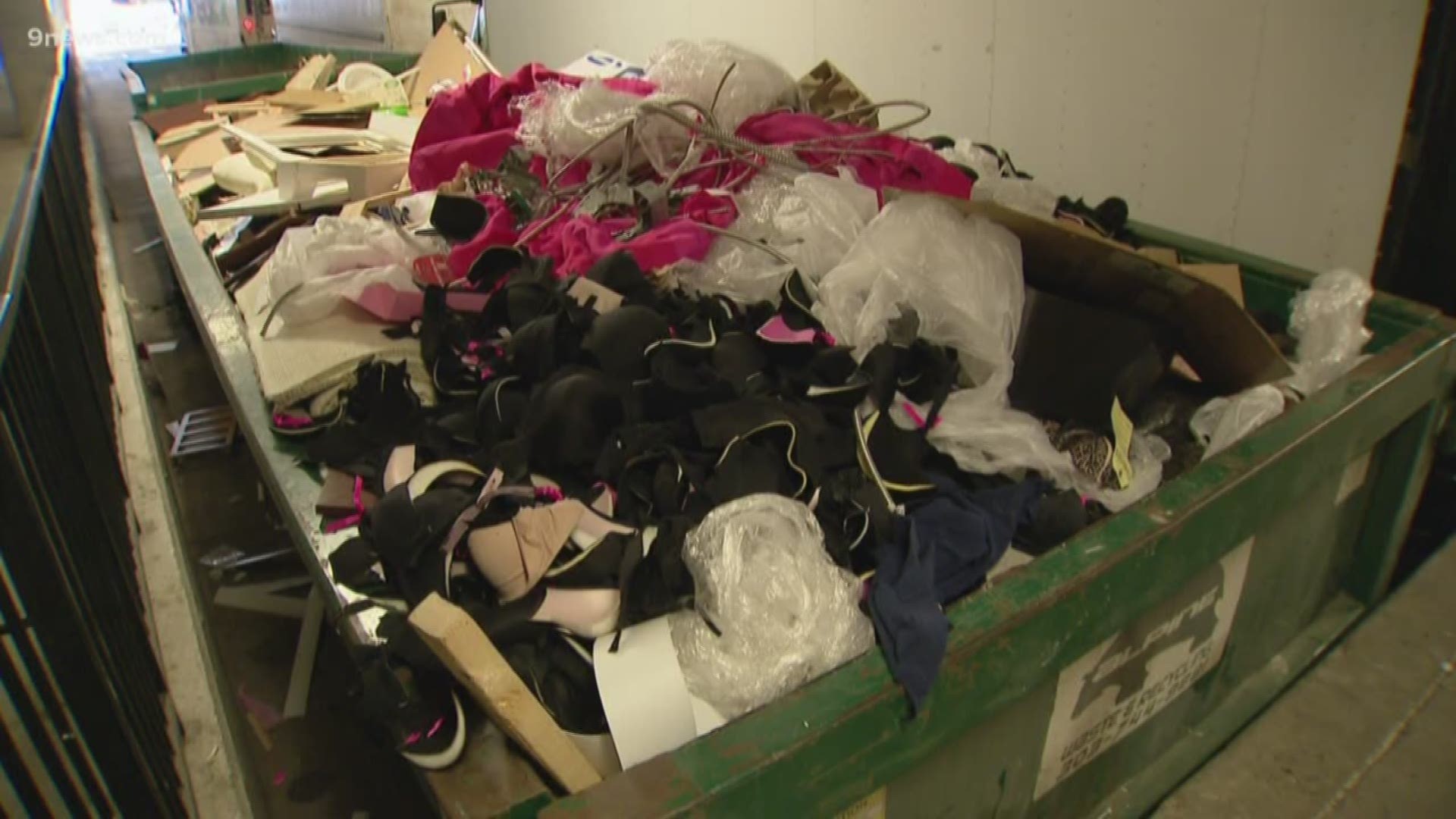 CENTENNIAL, Colorado — Melanie Gelinas was shocked by what she found thrown out near her apartment in Centennial.

"So, I was taking some boxes down last night and I noticed it looked like a couple bras laying on the ground," Gelinas said. "So, I walked towards the trash dumpster and I just noticed piles of bras in there."

She lives above what used to be a Victoria's Secret store at the Streets of Southglenn. The store recently closed, and workers are now cleaning it out.

"It had to be hundreds of bras and I just thought, 'What a waste,'" Gelinas said. "These are all going to a landfill. They could be going to a homeless shelter or a battered women's shelter."

Credit: Melanie Gelinas
Melanie Gelinas took this picture of hundreds of products dumped after the closure of a Victoria's Secret store.

Gelinas, who owns a South Philly Cheese Steaks restaurant in Cherry Hills Village, said clothing and other products were discarded as well.

"I just felt like it was such a waste of money and, you know, wouldn't a mom like to get a brand new bra from Victoria's Secret who's living in a shelter?" Gelinas said.

A spokesperson for Victoria's Secret sent 9NEWS a statement:

"We are sorry for how this may appear. Because this store was closing, we damaged out sample products including bras from our fitting rooms. All remaining inventory was reallocated to other stores."

"You would think a big corporation like this would know what to do with excess items when they’re closing a store," Gelinas said. "They should have policy and if their policy is to cut them up and throw them in the trash and add to our trash, I just think that’s ridiculous."