Openings would be filled by a lottery until a cap is reached. 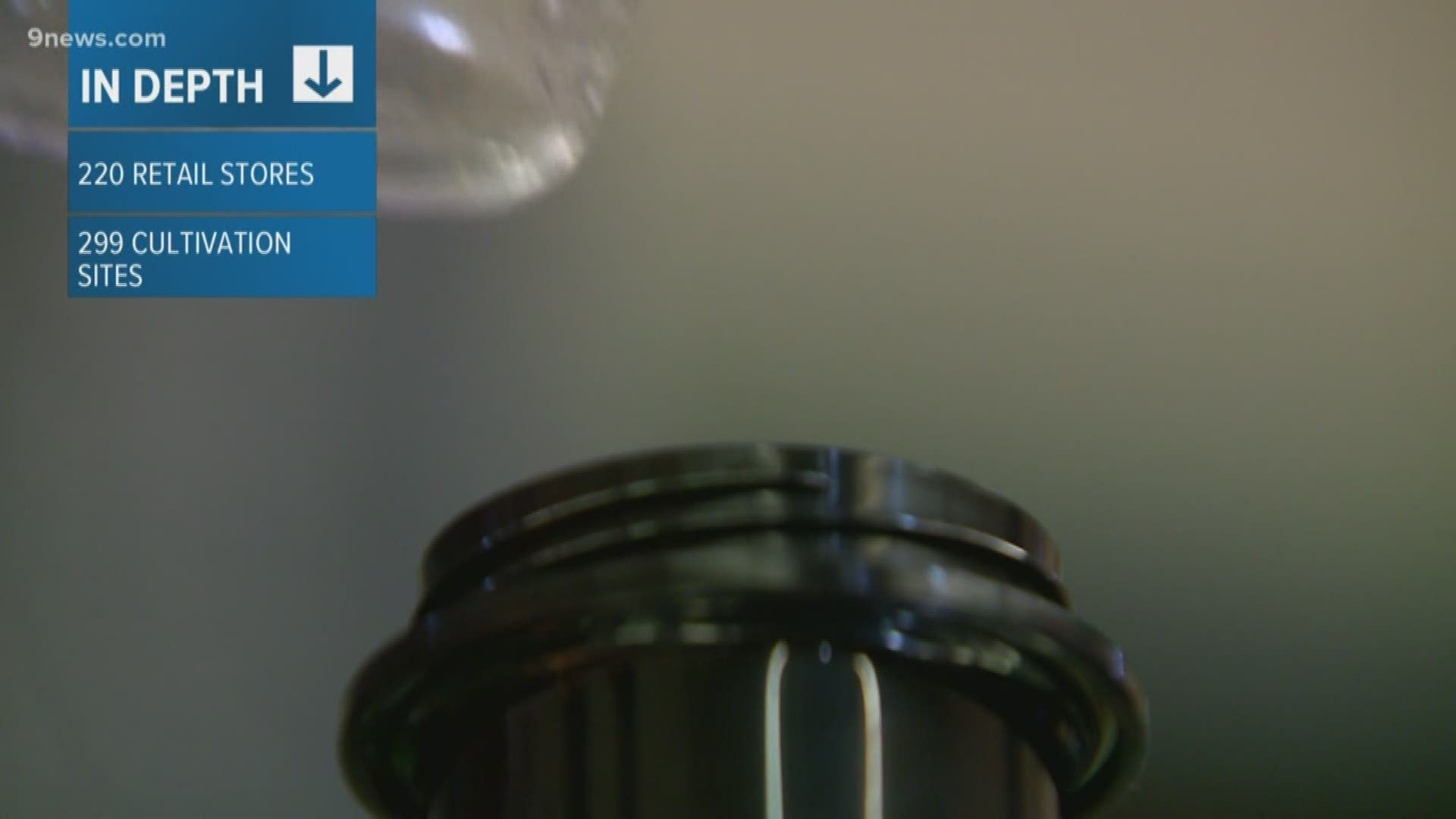 DENVER — The city of Denver may soon start accepting new applications for pot shops for the first time in four years.

In 2016, the city put a pause on new applications for marijuana shops, and that freeze has remained in place ever since. Denver did, however, consider unprocessed applications over the last few years that were submitted prior to the freeze.

Now, the Department of Excise and Licenses has established a plan for a lottery system for awarding new licenses, but the department would like to push back the start of the approval process for one more year.

As part of the new system, the Department of Excise and Licenses will put a cap on the total number of marijuana shops and cultivation locations allowed in the city.

When shops either lose their license or go out of business, officials will put new applications into a lottery to fill those spots until the cap is met. The exact details of that process have not been set.

The rules will allow:

These cap numbers were decided by the total number of locations open or approved when the freeze was put into place.

Since some shops have closed since 2016, there is room under the cap right now for new applications, according to the city.

The Department of Excise and License said they want to push back the lottery to next year to give them time to create a social equity plan and to continue working on their plan for new hospitality and delivery licenses.

RELATED: Visit the strip club and you could get free entry into Colorado’s likely first pot tasting room

"There are a lot of people making a lot of money in the marijuana industry, we're glad to see that, we're glad to see businesses thrive in Denver whatever they might be," said Eric Escudero, a spokesperson with the Denver Department of  Excise and License. "But it's also important when you think about a 50-year war on drugs and how many people were disproportionately negatively impacted by marijuana prohibition, and how are they benefiting from legalization. We don't want to repeat what we did when marijuana was first legalized. Where we just issued licenses. We want to make sure everyone has an equal opportunity to get involved in the business."

Denver excise and licensing officials will present this proposal to city council on March 17. They said they expect a vote in April.