The association worries that the number of restaurant closures is likely even higher. 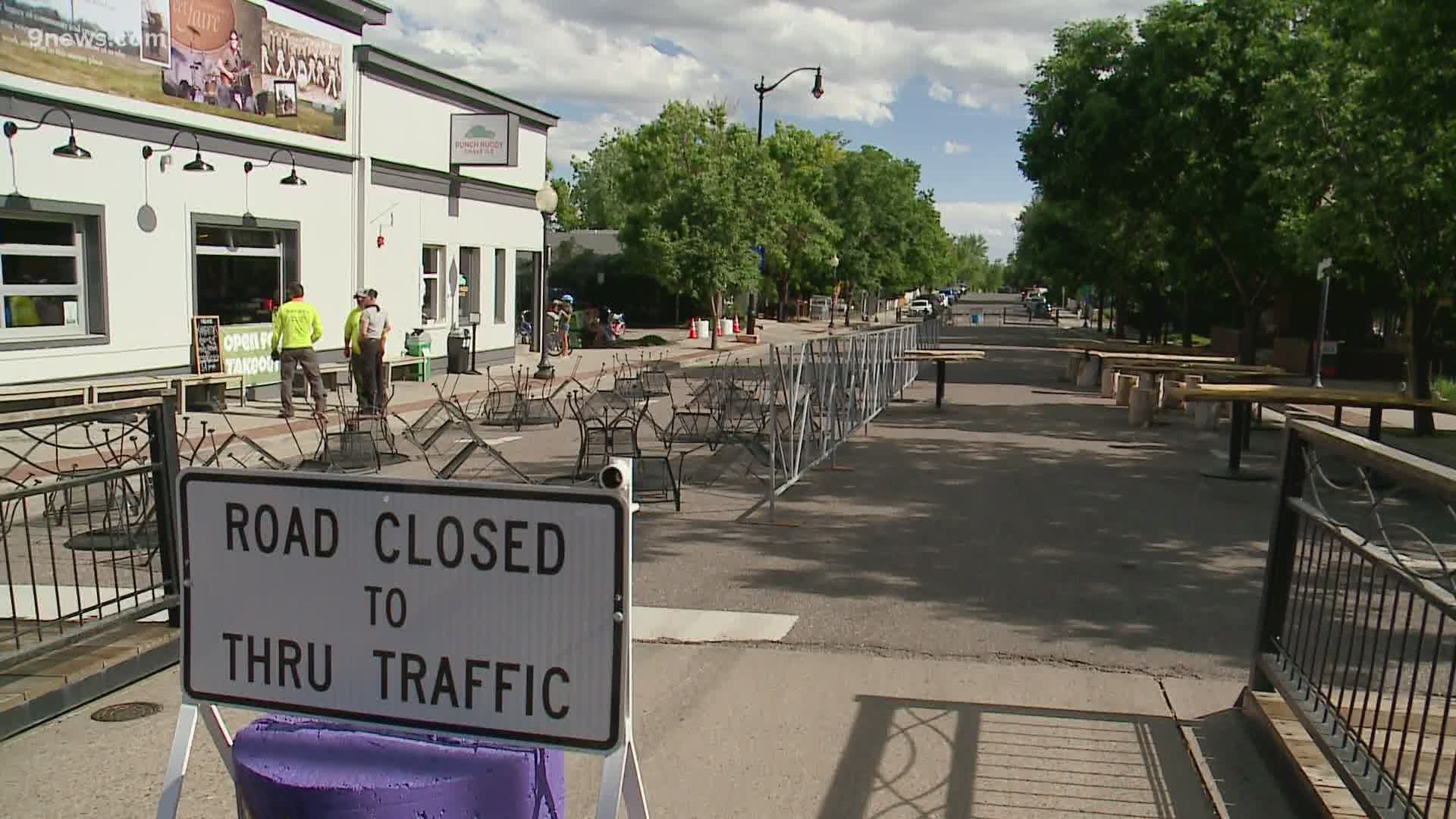 COLORADO, USA — According to a May survey sent out to restaurants around the state by the Colorado Restaurant Association (CRA), more than 400 Colorado restaurants have been forced to close their doors permanently since the pandemic hit.

Laura Shunk with the CRA said while the 400 number is based off the survey of restaurant owners, the association believes the closure number may be even higher.

>>> See the video above for a look at how Louisville is shutting down streets for restaurants.

"Of the 250 restaurants that responded to the May survey, 3% reported that they shut down permanently," Shunk said. "There are approximately 12,500 restaurants in Colorado and 3% is roughly 400 restaurants."

CRA admits that they aren't able to get exact numbers from the surveys.

“Restaurants that had already closed down before the March survey was sent out probably didn’t fill out our survey," Shunk said. "So their closure is not accounted for in that survey.”

Shunk said they can't confirm the true number of the restaurant closures until they see tax data from the state.

"The state reports how many returns are reported for the industry – we won’t get that information for another month or two,” she said. "Even if a restaurant closed in April, they will still file a return.”

The CRA sends out monthly restaurant surveys, but Shunk said it can still be difficult to capture true stats on the industry's outlook. She said that if a restaurant closed in March, they probably didn't answer a May survey.

"We believe the 400 number is probably low – unfortunately," Shunk said.

Results from the CRA's June survey were just released and show that even more obstacles are in the way of a restaurant's success.

According to the survey, capacity limits are restaurants' biggest barrier to recovery. The CRA said 10% of restaurants say they won't reopen for dine-in service at current capacity and 80% of them say they are operating below 50% capacity indoors due to the 50 patron cap, with 16% operating on 20%.

More than 40% of Colorado restaurants said re-staffing is slow and they have only hired back less than 50% of their staff under current conditions.

Shunk said restaurants that responded to the June survey are worried they will have to close within three months, based on current capacity limits.

"So, if nothing changes with capacity, they won't survive," she said.