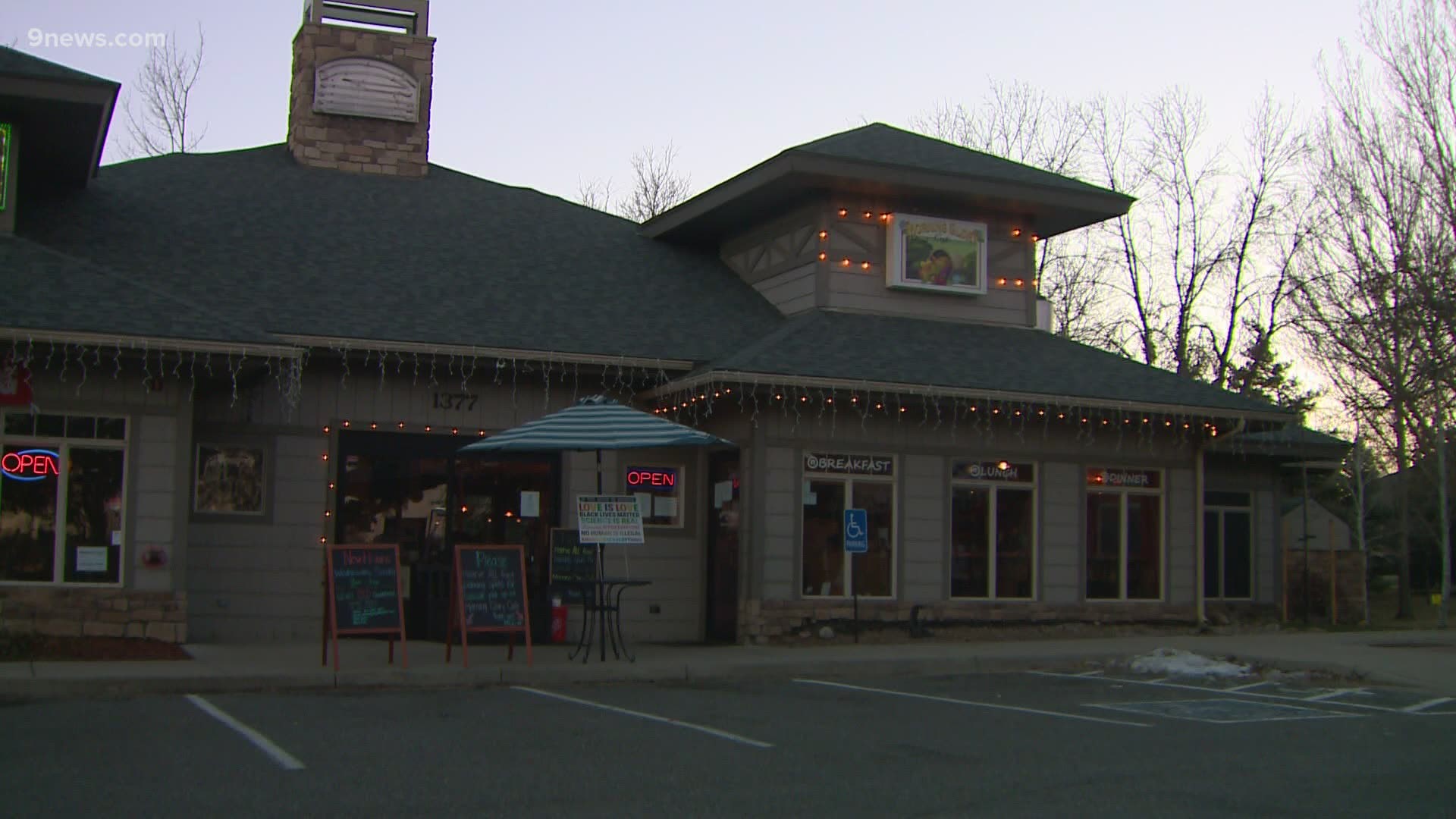 COLORADO, USA — The number of restaurants that have permanently closed in Colorado since the pandemic began is in the thousands.

For those that have stayed open, many are still struggling and are in desperate need of more aid from the government.

"It has been a nightmare, it’s been pretty hellish," said Jules Lieb, owner of Morning Glory Cafe in Lafayette. "What doesn’t kill you makes you stronger. I feel like we’ve learned a lot. I feel fortunate to be open."

Just keeping the doors open this long is an accomplishment. The past year has brought with it a whole lot of loss.

The Colorado Restaurant Association is still working to tally up how many restaurants have closed but says the number is easily in the thousands statewide.

The most recent data from the Colorado Restaurant Association released last November shows 91% of restaurants say their revenue was down.

The industry has lost nearly a third of all its jobs - more than 63,000 employees.

RELATED: Colorado restaurants say COVID-19 bill is a band-aid, not a solution

Lieb is running on what little they have left.

That money will soon come from the federal government, or at least she said she hopes it will. The restaurant was approved this week for a paycheck protection program loan. It should help keep the restaurant open through the spring when Lieb hopes the pandemic will be better.

RELATED: More coronavirus relief on the way for small businesses

The money hasn’t come through yet and may take another week. Still, it’s enough to give her a feeling she hasn’t felt much of this past year.

She said the goal is to begin hiring back staff they’ve had to lay off.

Morning Glory Café is just one in a list of thousands of restaurants struggling to stay open. Lieb said she is thankful she still has people to serve.

"I just wish everybody the best right now," she said. "I just really hope that we’re on the upswing. If I could say one more thing it would just be to thank everyone that supports us."