Restaurant owners in Lafayette say the money that comes with the bill could help them keep their doors open and pay their employees. 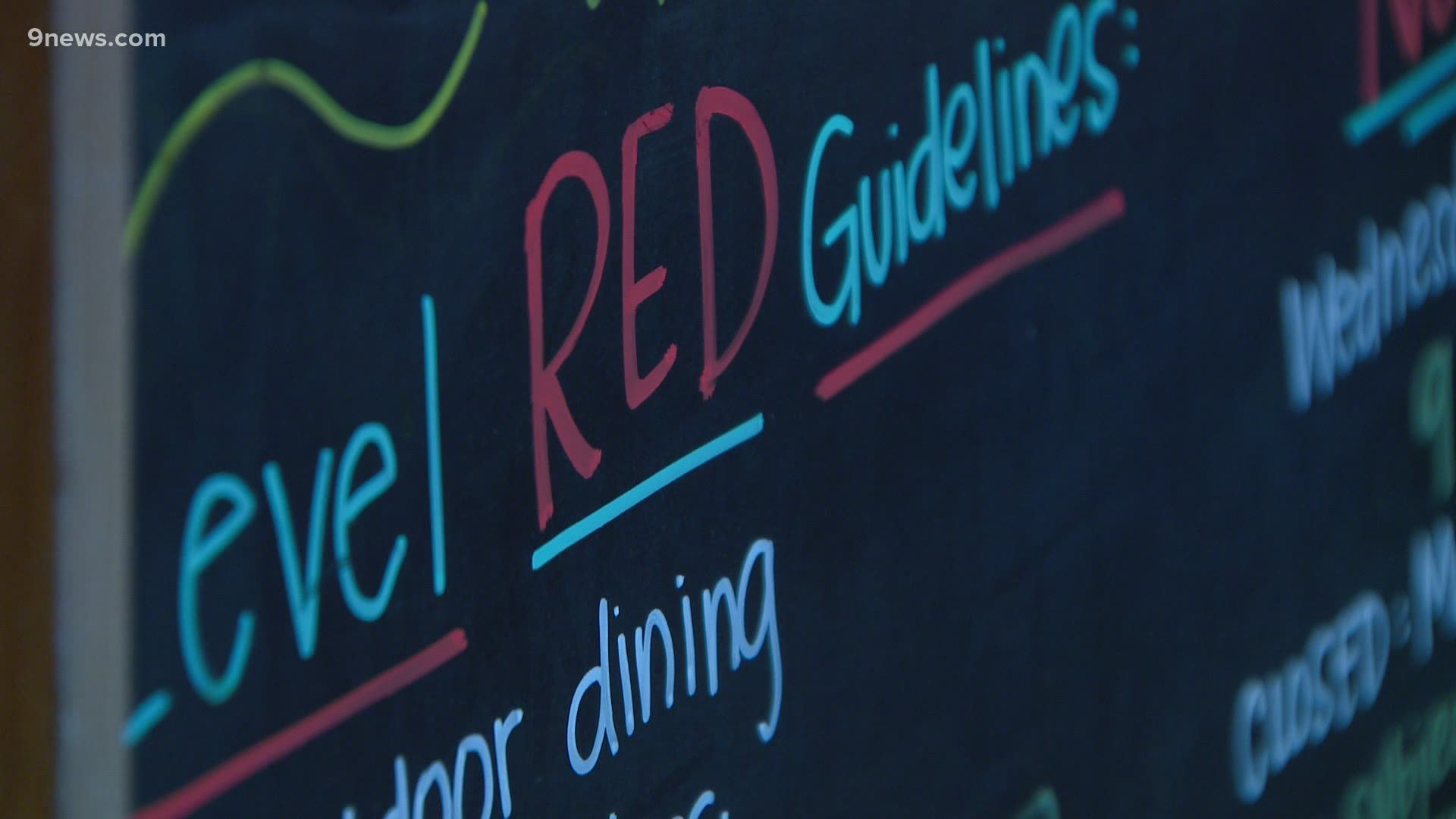 LAFAYETTE, Colo. — A restaurant isn’t built to be quiet.

At Morning Glory Café in Lafayette, COVID restrictions have led to a decline in business. Now a stalled relief bill on the president’s desk has led to uncertainty about how many more meals they can serve.

"It’s just disheartening to have a great product, a great staff, and no business," said Lilly Lieb, who owns the restaurant with her mother Jules. "I don’t want us to close. It is my biggest wish and hope that we can just survive the next couple of months and get back to some semblance of normalcy and just survive. I feel like we’re hanging on by our fingernails."

At the beginning of the year, the family-owned restaurant started with 32 employees. They’ll finish it with just 12. They’re doing everything they can to keep the doors open.

"We need help now. Restaurants and small businesses of all kinds need help now," said Jules Lieb. "Lilly hasn’t taken a paycheck in two weeks. I take the bare minimum of what I need to be able to survive."

The restaurant did get Paycheck Protection Program (PPP) loans to keep some employees paid earlier this year, but they say that money is all gone now. They say they worry what will happen to the employees that they had to lay off once the unemployment benefits expire this evening.

Unemployment benefits for 12 million Americans ran out Saturday because President Donald Trump still hasn't signed a bill to extend them.

The White House negotiated the $900 billion relief bill that Congress finally passed last Monday. But President Trump now says he wants $2,000 checks sent to Americans, instead of the $600 lawmakers agreed on.

Now two federal unemployment plans will end, and they won't restart without the president's signature. Millions in aid for struggling businesses is also in limbo.

"For the last two weeks all I’ve done is check my phone all day long to see if Trump signed the bill. Did Congress vote? OK, Congress voted. Did Trump sign the bill? No. I’ve been pretty obsessed about it honestly," said Jules Lieb. "I thought it would be my retirement. My daughter Lily runs the restaurant. Now everything is hanging in the balance. It’s really all I have, being a self-employed entrepreneur."

The Liebs created a system to keep the restaurant sanitized, but indoor dining was closed. They invested in heaters for the patio, but customers aren’t coming when it's cold out in the winter. Now they hoped for help from their government, but that doesn’t seem to be happening.

In a year filled with a toxic mix of stress, disappointment, and adaptation, a restaurant always thankful for its customers now looks to them to help keep them alive.

"I want to say thank you to all my customers and the people who supported us and helped us keep this alive, how much I appreciate that from the bottom of my heart," said Lilly Lieb. "It feels like a failure that we can’t keep them employed, but it’s not necessarily our fault that we can’t employ them. You can’t have people on staff if you don’t have any business."