No really, and the ghosts are here to stay as the eclectic restaurant works to reopen. 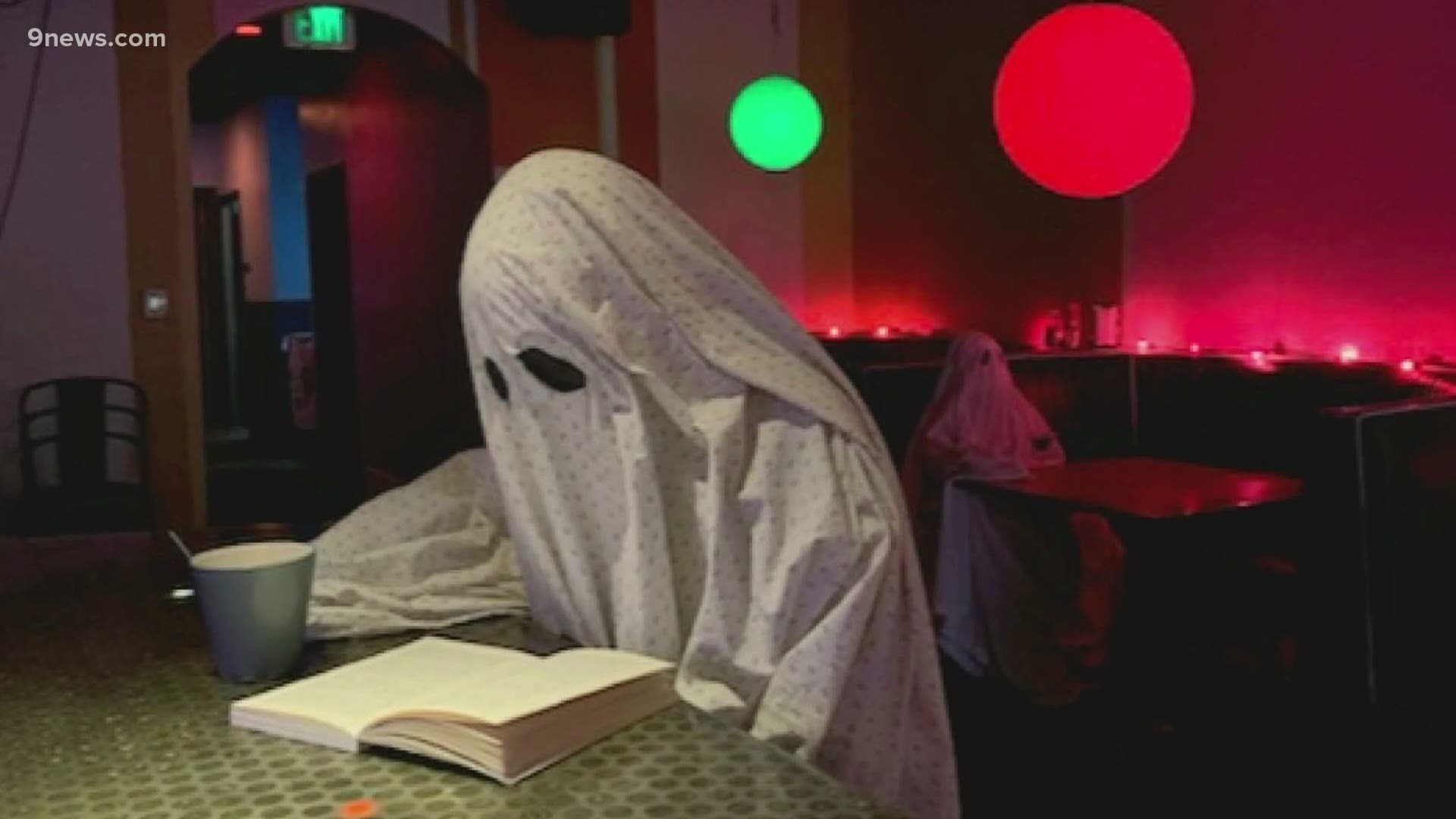 DENVER — South Broadway is a quirky part of the city that nuzzles up next to the Baker neighborhood and is home to a variety of eclectic bars, restaurants and shops.

But many places have gone dark, covered with boards or only offering takeout as the state works to combat the spread of COVID-19.

Sputnik, an eatery known for hip vintage vibes and vegan options, managed to make it through Colorado's executive orders which forced it to serve to-go orders only for the past several weeks.

The staff had been used to a bustling bar and restaurant though, so to manage the empty and the quiet, a bartender had an idea.

Matt Labarge, who's owned Sputnik for 16 years, said one of the bartenders had an idea during the shutdown, to fill up some of the booths with ghosts so that the place wouldn't feel so empty.

“It oddly feels nice to have, like even though they’re not real people, just some kind of presence in the bar,” Labarge said.

One of those ghosts sits at the bar every day and reads. A few more enjoy drinks in a nearby booth.

As restaurants across Colorado prepare to reopen under guidance from Gov. Jared Polis, those ghosts will stay put, Labarge said. They'll be used to help diners maintain social distancing.

Labarge said he’s excited for this new phase and to get things on track for a new normal. But he said it’s also scary because the consequences are real.

Sputnik plans to open on Monday, a few days after it would be allowed to. Labarge said this is to ensure the restaurant opens safely.

And since Sputnik can only seat at 50% capacity, those ghosts will help keep diners company, too.