The Stock Show that always comes to Denver may be in a new building, but the controversy surrounding the construction has grown. 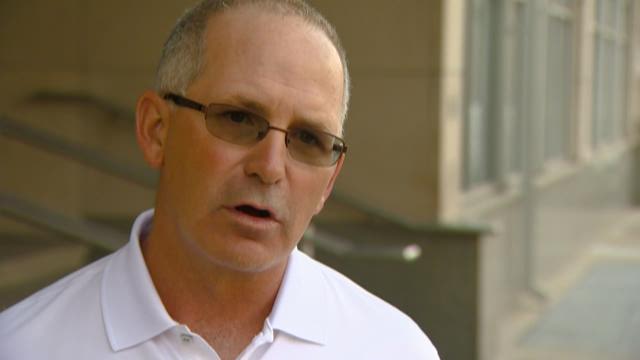 Denver is moving forward with a $1.1 billion project to tear down and expand the National Western Stock Show complex.

The city, the Western Stock Show Association and CSU entered a "framework agreement" on Tuesday to solidify collaboration on the project that has been discussed for years, officials said.

The agreement ensures that the Stock Show will remain in Denver for another 100 years and nearly doubles the size of the complex from 130 acres to 250 acres, according to Kelly Leid, the Executive Director of the Office of the National Western Center.

"We want to be the global destination for agriculture, heritage and innovation," Leid explains, "All focused on the idea of global food systems, which is about food production and food security."

The National Western Center Project is complex and will include a variety of new aspects that the current complex does not offer including a farmer's market. The campus is also supposed to be open year round.

The ultimate goal is to preserve the Stock Show's long tradition in Denver, Leid says.

However, a business owner affected by the project doesn't see it that way.

Dean Maus is the owner of the Stocks Yard Inn, a saloon that is famously frequented by Stock Show goers.

"This is the number one place in January," Maus says. "This is the Yard Bar, this is the Cattle Bar, is where everyone comes to meet."

The city of Denver says it's acquiring the Stock Yards Inn, adding that the restaurant/bar will not remain as a structure in the new center.

"We don't know what our future holds. All we know is it's a 90-day notice and they'll help us relocate but we don't know where we'll relocate," Maus explains.

The Stock Yards Inn is located within an older building, one of many that will be torn down to make way for the new National Western Center. The Denver Coliseum will also be torn down, though there is no funding for that portion of the project.

"Everything other than a handful of historic structures will go away," Leid said.

Denver says it has been working with affected property owners since before the master plan was adopted in 2014. Property owners were invited to one-on-one meetings and have been offered assistance with relocation efforts. What started out as a necessary change turned into an opportunity for expansion and growth, according to Leid.

"There's a real threat that we were going to lose that tradition because the site is in really bad shape," he said, "For the last 112 years, the National Western Stock Show has been helping us define who we are. The project not only celebrates our past but it's very forward looking."

The expansion means extending into some neighborhoods like Globeville. There are many shuttered businesses near Brighton Boulevard and 47th Avenue, the location of the first phase of the project. The city acquired 38 properties that will soon be demolished, according to officials. Ten of them are homes.

"With the issue of gentrification, there's no silver bullet," Leid said, "We're going to start the next phase of planning and those neighborhoods are going to be at the table with us, helping us to refine these plans."

Unfortunately, it may be too late for the Stock Yards Inn, which has remained at its iconic location for decades.

"I think a lot of history will be lost," Maus said, "They're going to lose that."

City officials expect the project will be up for a final vote on September 18th.