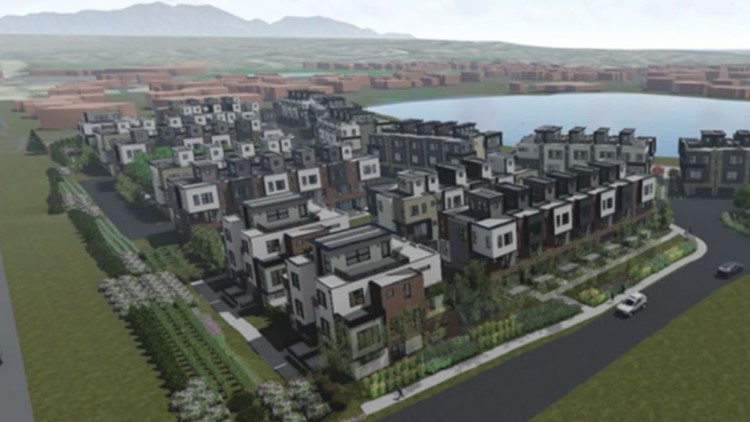 Photo by: DBJ
A rendering of a 94-unit townhome community planned for a Boulder suburb.

SUPERIOR, Colo — Two local developers are partnering to bring 94 new townhomes to a residential community on the shores of Autrey Reservoir in Superior.

Koelbel Urban Homes, a division of Denver-based Koelbel and Company, and Centennial-based Resolute Investments Inc. have formed a joint venture partnership to develop the project, the companies announced Monday. The townhomes will be part of Rock Creek, a residential community in Superior that consists of nearly 3,000 single and multifamily homes in addition to two schools, pools and roughly 600 acres of open space, according to the community's website.

Resolute Investments has held on to the 7.2-acre parcel for more than a decade, anticipating the growing demand for housing in Boulder County.

Koelbel will oversee site development, marketing and vertical construction for the project.

“Koelbel was attracted to the site early on and we realized there was a great deal of synergy between the two companies," Kristopher Barnes, executive vice president of Resolute Investments, said in a statement. "Not only are we both local, family-owned businesses, but we both also roll up our sleeves and get to work, and they will bring a wealth of knowledge to this project.”

A rendering of a 94-unit townhome community planned for a Boulder suburb.
DBJ

RELATED: These Denver-area restaurants are among the nation's 'classics'