The Colorado Auto Dealers Association said the chip shortage has led to a smaller inventory of new cars and has left customers waiting for replacement chips on idle. 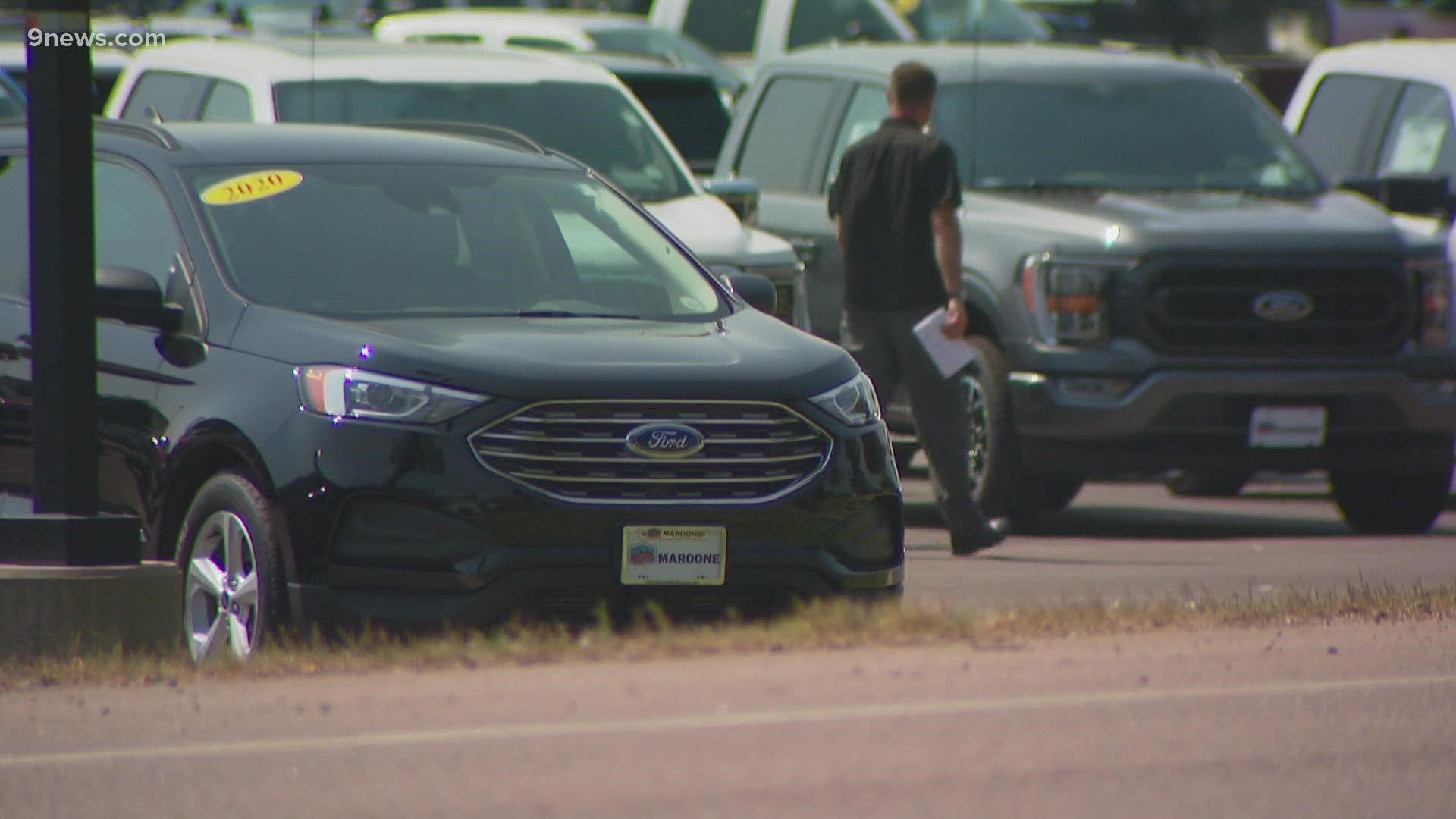 LONGMONT, Colo. — Customers in Colorado are feeling the effects of the nationwide car chip shortage. According to the Colorado Automobile Dealers Association (CADA), newer cars have hundreds of microchips that help operate everything from the air conditioning unit to the key fob.

One of the reasons there is a global shortage is because of the pandemic; as the need for chips dropped, so did production and manufacturers are still catching up.

"So right now we're at the most critical inventory shortage and supply chain shortage that we've ever been at in the industry," CADA President Tim Jackson said.

Jackson explained the chip shortage has led to a much smaller inventory of new cars and left customers waiting for replacement chips on idle. It's also increased the prices for used cars, he said.

"We have seen fluctuations and increases of 30-50% of used car pricing so that’s where the consumers should be aware of. That’s where the impact has been," Jackson said.

RELATED: Coloradans are paying a lot more for Uber and Lyft trips — if they can even find a ride. Here’s why.

Longmont resident Cathy McGannon has been without her car for five weeks. She told 9NEWS, her car dealer stated she needed a new chip for her transmission and they have been backordered for weeks. She said her dealership has kept her up-to-date on the situation.

"They’re saying, 'we’re sorry we don’t have any news' so they’re in as big a pickle as I’m in you know, that’s the way I look at it and they’ve been very good. It’s just hard you know, it’s hard for them, it’s hard for me," she added. "So I am depending on friends for rides."

While it is unclear when McGannon will get her car, Jackson said the issue isn't going away any time soon.

"So what I'm seeing and hearing and reading is that it's two years before we're completely caught up on the chip shortage," he said.

"Now that doesn’t mean it’ll be as bad in a year or a year and a half as it is now, so it might be better but we’ll still be in an inventory shortage situation and production decline up to two years from now.”