With bicycle sales on the rise, finding one in time for Christmas may be tough 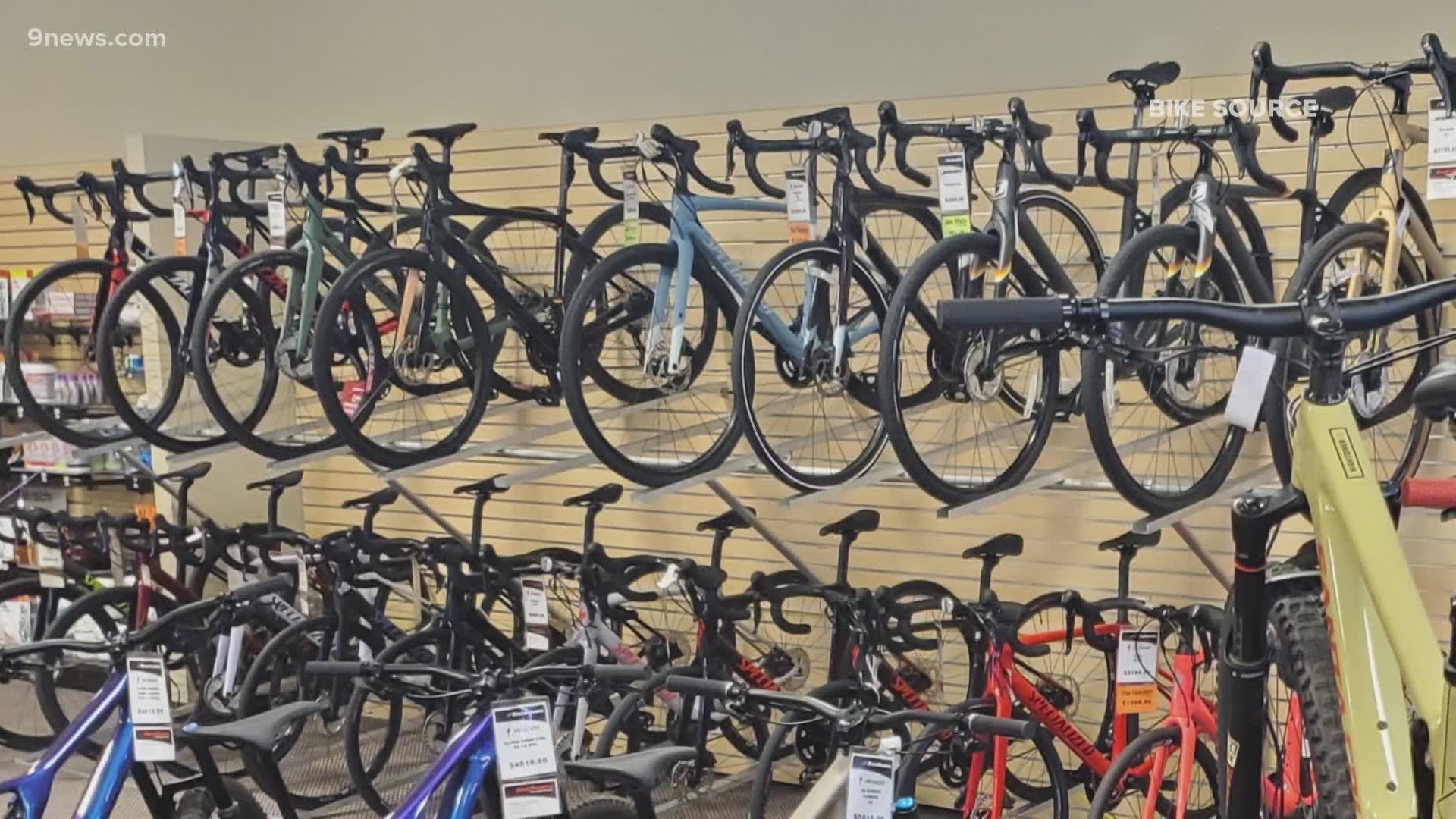 DENVER — For people looking to gift a bicycle at Christmas, it may already be too late.

That's according to managers at local bike shops, who said their inventories continue to be depleted and their suppliers — bicycle manufacturers — have been unable to keep up.

Bob Magatagan, manager at BikeSource in Highlands Ranch, said everything from $300 bikes to $12,000 bikes are out-of-stock.

"The problem is that we don't have any bikes," Magatagan said. "We're mostly sold out on everything we had and everybody has picked them up. We're waiting for shipments to come in, but they've all been delayed as well. It's very frustrating on our end."

Philip Brown, the co-owner of Elevation Cycles, said they sell all they can get, and they are receiving very few bikes from suppliers as well. Elevation Cycles has shops in downtown Denver, Highlands Ranch and Parker.

Brown said when there was a supply line, they were ordering and selling 140 bicycles a week for their stores.

Magatagan said even high-end electric bikes are selling like crazy because it was all he had left, and because ridership of those bikes has exploded during the COVID-19 pandemic. Magatagan added that customers looking for a bike for Christmas will likely have trouble finding one.

“We are hearing from some of our suppliers that we may not be getting bikes until the fall, maybe even next spring. I’m not really sure," he said. "The delay on that is as bad as the stock that we have."

A spokesperson for non-profit advocacy group Bicycle Colorado said they see no end in sight to the enthusiasm for new bikes, and that there is even pressure now on used bikes.

Magatagan said the repair and servicing of used bikes has also become a huge part of his business.

"People find that when they cannot purchase a new bike, a lot of the bikes that they've had in storage or in the basement or the attic are now coming into the service department," Madatagan said. "Our service department is now getting a little overwhelmed as well."